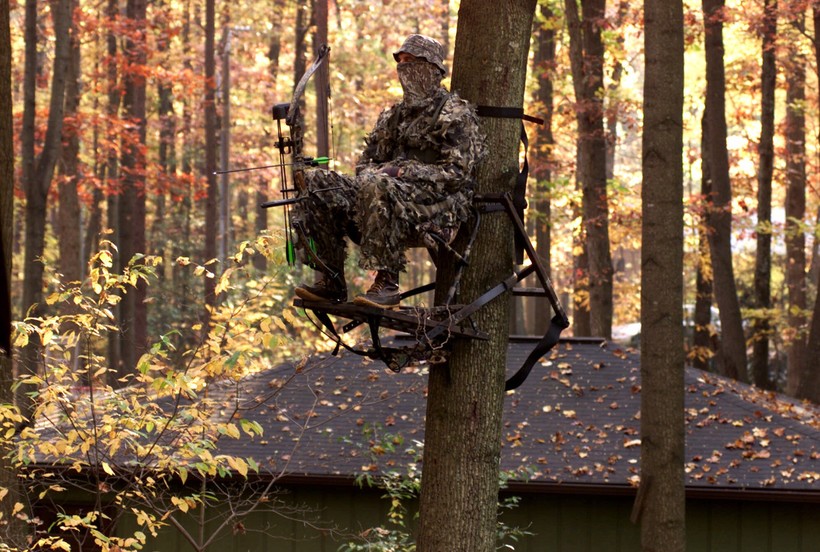 UW Study: Falls From Tree Stands Most Likely To Result In Spinal Injuries

Wisconsin researchers say spinal injuries account for more than half of the injuries that occur to hunters after falling from a tree stand.

The state of Wisconsin does not track falls from hunter tree stands. But a review of University of Wisconsin Hospital and Clinics' trauma database for tree stand-related injuries from 1999 to 2013 showed 55 percent resulted in one or more spinal injuries.

"Entering and exiting the tree stand is a very frequent time for people to fall because you’re in that transition period ... We had a couple people who made it all the way into the tree stand and had a loss of consciousness," said Dr. Kimberly Hamilton, who, along with Dr. Nathaniel Brooks and Dr. Brandon Rocque, conducted the study recently published in the Wisconsin Medical Journal.

Brooks and Hamilton are part of the UW neurosurgery department, Rocque is with the University of Alabama at Birmingham.

According to the study, 7 out of 117 patients admitted to using alcohol the day of their accident.

"We thankfully had very few patients in our study who had been intoxicated prior to climbing into their tree stand. The one factor that stood out (as a potential contributing cause to the fall) was that out of 117 patients, only four reported any use of a safety harness," said Hamilton.

No law requires a safety harness be used in tree stands, but it's highly recommended. A Wisconsin Department of Natural Resources survey shows a majority of hunters do use them.

"We don’t recommend using homemade stands," VonRueden said. "We’d rather they use a stand from the Tree Stand Manufacturers Association, a ladder stand or a climbing stand. Not the old wooden stands that are (held together) by nails."

VonRueden said hunters should always have three points of contact while climbing into and out of the tree stand, unload their gun before attaching it to the haul line and wear a harness.

"We always recommend they wear a full-body harness which is also known as a fall arrest system. They come in many different sizes. They just have to find the style that fits their body," VonRueden said. "They have to keep that tether line short. The tether on the tree stand harness is like a seat belt in a car. It’s designed to keep you in your seat in the stand, not to catch you after you fall."

The study showed spinal injuries during the 14-year period examined ranged from mild to severe. Five hunters who fell from tree stands had injuries that resulted in paralysis.