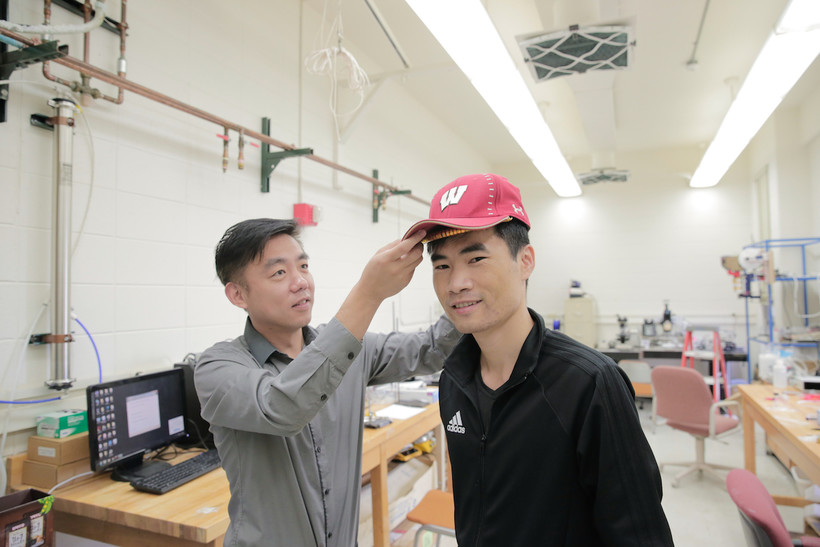 Now, a team at the University of Wisconsin-Madison think they have a promising — and discreet — solution. A device, hidden by a hat, that sends low-energy electric pulses to stimulate hair growth.

Xudong Wang, UW-Madison material science and engineering professor and the leader of the research project, calls it a low-profile and affordable solution. Although the technology itself isn’t new, he said.

"People found out decades ago about the electrical stimulation function on hair follicle growth," Wang said. "Here we just invented a device that people can wear every day and treat it as a normal daily activity."

The device, right, is shown along with a baseball cap used to cover it. Photo by Alex Holloway

The technology uses small devices called nanogenerators — which can be put in any type of hat — that gather energy from the body's movements.

While some anti-balding medications can come with unpleasant side effects, Wang said the electrical field generated from the pulses only penetrates the skin about two millimeters deep — too shallow to affect the deep tissue, or cause noticeable side effects.

However, the technology won't be a solution for those who have been bald for some time, Wang said.

"Any type of technology to stimulate hair particle growth ... you have to have some follicles in there, either they're active or not," he said. "If the skin doesn't produce any hair follicles, or people who have been bald for over 10 years, it'll be very hard."

Wang said the researchers are hoping to test the technology on humans within the next six months, with the goal of having the product available to the public in the next year.

Looking To The Future Of Hair Follicles 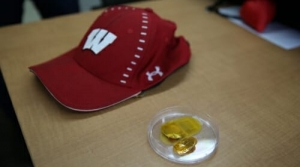 We talk to a UW-Madison professor about new technology he's helping develop that could reactivate hair production -- and potentially reverse balding in men.