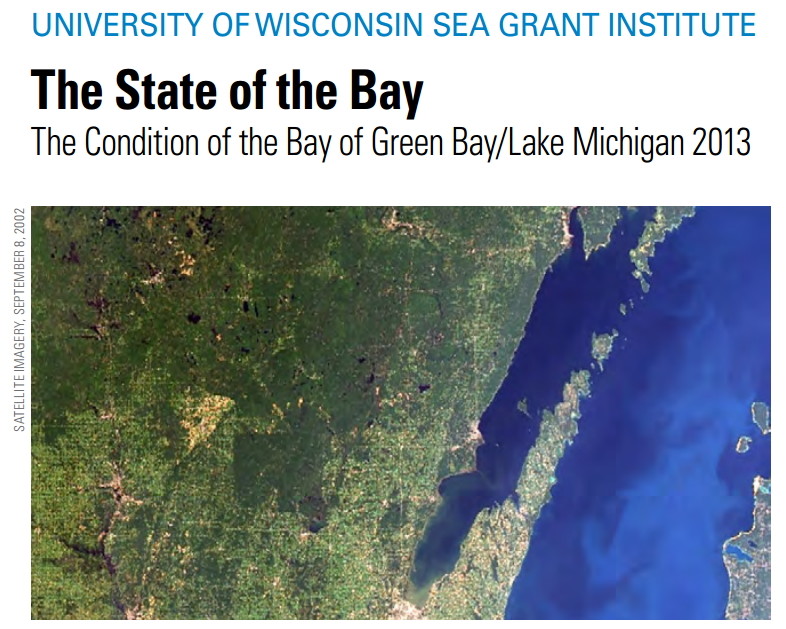 Researchers with the University of Wisconsin Sea Grant Institute have released a report on the health of Green Bay. It's the first “State of the Bay” report in twenty years.

Authors of the report give the health of the bay a C minus.

“That's both good and bad news,” says Bud Harris. “I suspect it could be worse, but it certainly could be better.”

Harris is an emeritus biology professor at UW-Green Bay and has studied the bay for more than forty years.

Researchers took 7,000 water samples and looked at what Harris calls “social indicators,” including the number of boating and fishing licenses sold each year.

“There's been a demand and increased use,” Harris said. “In the last twenty years there's been about 10,000 more sales of fishing licenses than previously. So that is a reflection of what's happened to this fishery.”

Harris says Green Bay is considered a “trophy” walleye fishery. Its pike and muskies are thriving. Fish are also, he said, responding well to the dredging of PCBs out of the Fox River, which feeds into the bay.

Phosphorous runoff is still a problem, however. Phosphorous causes algae blooms and blocks sunlight from getting to aquatic plants. The plants are fish habitat.

Sixty eight percent of the runoff is considered “non point-source.” It comes from places like dairy farms or lawns treated with fertilizers.

The State of the Bay report says invasive species are a threat. Harris says if the invasive Asian Carp establishes itself in Lake Michigan, they will gravitate to Green Bay and potentially choke out sport fish.