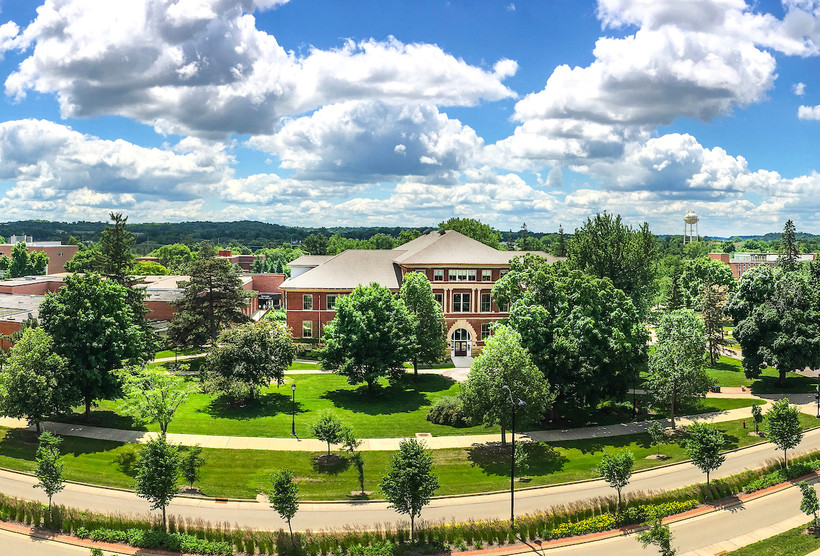 University of Wisconsin-River Falls Chancellor Dean Van Galen has announced he will take a job as president of Missouri Southern State University.

Van Galen has led UW-River Falls for the past 11 years. He will begin his new job July 1 in Joplin, Missouri.

In the announcement, Van Galen told campus employees it's been an honor and privilege to do so.

"Most of all, our shared commitment has positively impacted the lives of so many students,"  said Van Galen. "I believe that this is the most important legacy that we will share."

A statement about Van Galen's impending departure credited him with leading campus with a "student-centered approach" and supporting engagement in "high-impact practices" inside and outside the classroom.

Van Galen was also praised for his contributions to the university's first comprehensive fundraising campaign titled "Rising to Distinction," which helped fund student scholarships and the Falcon Center, a health and athletics facility. The fundraising effort raised nearly $22 million, according to the statement.

The UW System's top leaders also praised Van Galen in a press release. UW System President Ray Cross said Van Galen has been an outstanding leader for UW-River Falls and a trusted voice within the system.

"His vision and execution have made the university better," said Cross. "He has enhanced the undergraduate experience by emphasizing research and internships, fostered growth in the number of adults completing degrees, expanded international education opportunities, and created innovative partnerships with the business community. He has been an excellent chancellor, and we will miss his steady, guiding hand."

UW Board of Regents President Drew Petersen called Van Galen an "exceptional leader and chancellor for the UW System."

"Dean's ability to analyze, plan, and implement change on his campus was always done in a thoughtful, inclusive manner," Petersen said. "He was a tenacious fundraiser and cheerleader for UW-River Falls. The UW System is losing a great, forward-looking leader. Dean Van Galen has been a terrific contributor to the strength and vitality which is UW-River Falls."

Details about the process to replace Van Galen haven't been released.

You Can Now Enter The 2021 Tiny Desk Contest
Warren, Sanders Call For Expanding Food Aid To College Students
At Least 8 Dead In School Shooting In Russia
'Notes On Grief' Makes Visceral The Experience Of Death And Grieving
Why Soaring Stocks Could Be Bad News For The Economy