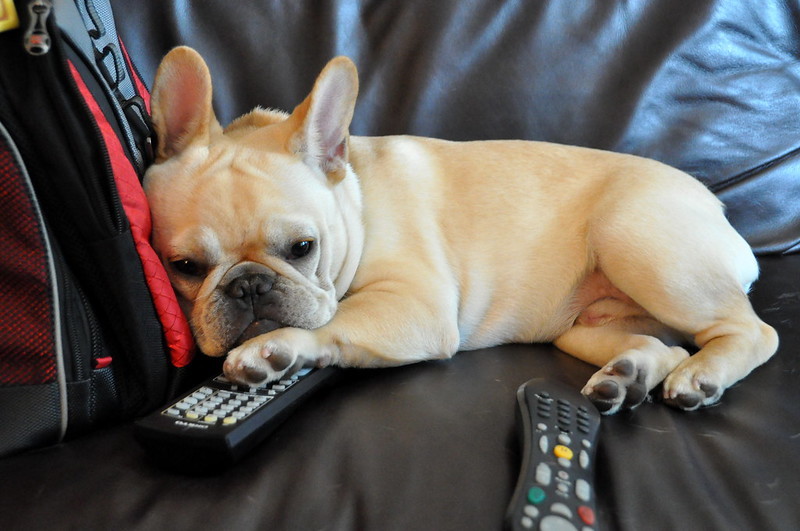 UW researcher wants to know: What does your dog like to watch on TV?

Survey of dog owners is part of a larger research project to study eyesight loss in dogs and people
By Rob Mentzer
Share:

A new project from a scientist at the University of Wisconsin-Madison aims to answer the question: What do dogs like to watch on television?

She's asking dog owners to contribute to her research by sharing their own pups' preferences.

The survey is part of a larger and more ambitious research project by Freya Mowat, a veterinary ophthalmologist and professor at the UW-Madison School of Veterinary Medicine, to learn more about how canine vision degrades over time and what factors contribute to it. That research could have implications for the treatment of human eyesight, as well.

The survey is simple. Mowat posted a brief online questionnaire she's hoping will be shared far and wide among dog owners. It asks people to answer some simple questions about what they've observed in their own dogs' behavior around screens, then to try out a few videos and report on whether they held the dog's interest. 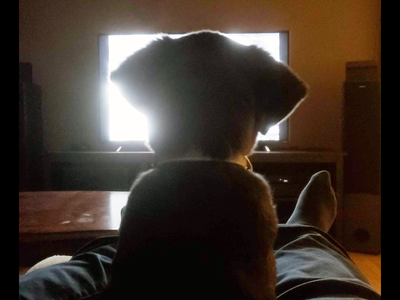 That's all pretty straightforward, and Mowat said simply learning more about different dogs' behavior around video entertainment could be interesting in itself, as a curiosity if nothing else. But her work also carries a deeper purpose, for which the survey is just one step in a larger effort.

Mowat's scientific specialty is retinal degeneration, especially caused by aging. Many people — and many dogs and many other animals — experience some sight loss as they get older. One researcher called retinal degeneration the "leading cause of untreatable sight-loss in the industrialized world." Better understanding its causes and treatments could fuel breakthroughs that would help millions.

And because their eyes are similar, and their lifespans are shorter, Mowat said studying eyesight loss in older dogs can help scientists better understand the same phenomena in humans. In fact, dogs often are affected first by environmental conditions that later come to affect their owners.

"There's a strong rationale that dogs can be sentinels, and it's an emerging place for people to start to work on," Mowat said.

It's hard to give a dog a precise eye exam

Here's the issue: Measuring a dog's vision with any sort of precision is challenging. In her veterinary practice, Mowat routinely conducts a simple test.

"I wave my hand at a dog's face and see if they blink," she said.

But that test produces a blunt, binary outcome; either the dog blinks or it doesn't. It would be nearly impossible to use that test to measure a gradual loss of eyesight over time. And the test is nowhere near the precision of a human eye test, conducted by having the patient read progressively smaller letters from a screen.

Mowat talked with a researcher who studies eyesight in babies. Like her canine patients, human infants can't read the letters on an eye test, either. But scientists have learned that measuring how long a baby looks at interesting objects can be a way of measuring her eyesight, as well as other brain functions.

It seemed logical to Mowat that the same principle might apply to measuring dogs’ vision.

There are plenty of commercial services — subscription cable channels, YouTube creators — who pitch their content as interesting to dogs. But there's been very little attempt to scientifically measure whether any of it works for most dogs.

Does a collie like different videos than a cocker spaniel? Does a dog in a Manhattan apartment respond differently than one on a Wisconsin farm?

Those are the sorts of questions Mowat hopes the online survey will help them to better understand. And that's information she hopes to apply to a better way of testing eyesight loss in dogs.

"If we want to design a meaningful test of vision, we need to know what's interesting," Mowat said.

'A beautiful way to study aging'

Mowat spends about 20 percent of her time working as a vet at UW Veterinary Care. She works with dogs, cats and horses that have eye problems, as well as more exotic species — rabbits, raptors, snakes.

And while every species' eyes are different, dogs’ eyes and the way their brains process visual signals are similar enough to humans that they’re a closer fit for research than mice or rats, which are more commonly used.

In fact, if research eventually identifies that environmental factors, such as exposure to toxic chemicals, contribute to eyesight loss, it's possible that link could show up in household pets first.

"Our goal is to try and relate what’s going on in the dog to what’s happening in the human that lives with them," she said. "In theory, the dog could be a beautiful way to study aging."