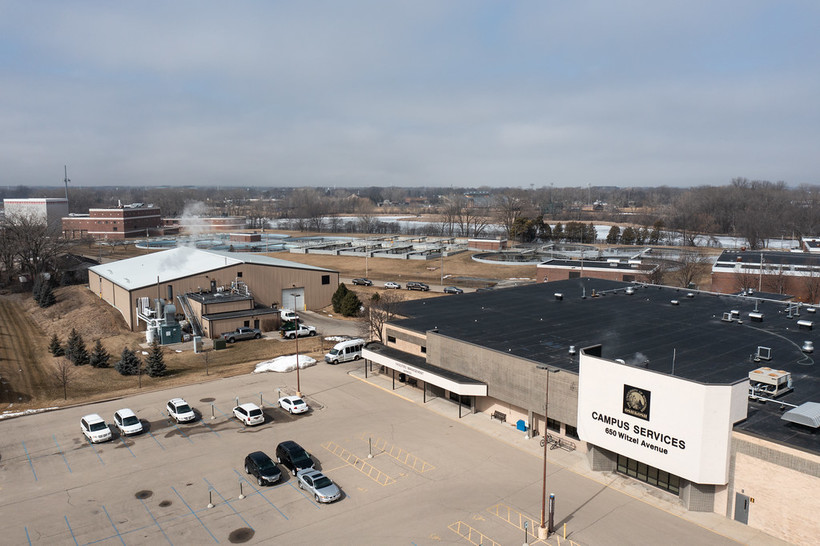 The University of Wisconsin Oshkosh plans to use food waste to heat a campus building this next winter.

An anaerobic, dry biodigester has been capturing methane campus food waste and grass clippings since 2011. The gas is burned to generate around 8 percent of the campus's electricity.

With the help of a $339,000 grant from the Wisconsin Public Service Commission's Energy Innovation Program, the campus will install a biogas powered hot water boiler and pipe heat to its nearby 55,000 square foot Campus Services Center.

Stephanie Spehar, director of the campus's Sustainable Institute for Regional Transformations, said UW-Oshkosh will now be able to use excess methane that is otherwise flared.

"So we're using something in a beneficial way and reducing our overall net energy costs and also reducing our carbon footprint in the process," said Spehar.

The plan to use the biodigester to generate heat in addition to electricity has been discussed before, said Spehar, but the costs of installing the boiler and other infrastructure left the project out of reach prior to the grant.

Spehar said there will still be excess methane that will need to be flared, so there's a potential the biodigester could be tapped to generate more heat for the school.

"So, I could imagine that we could figure out ways to use some of that additional biogas that's produced," said Spehar.

An executive summary of UW-Oshkosh's PSC grant application doesn't say how much the campus could save on heating costs by using biogas, but it's anticipated it will "significantly reduce the amount of natural gas purchased from the local utility."