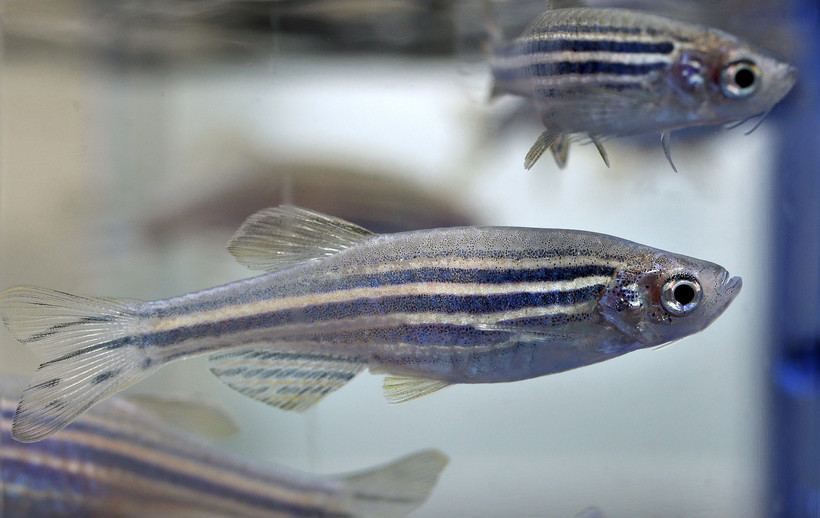 Zebrafish swim in a container at a laboratory at Boston Children's Hospital in Boston. The lab has about 300,000 zebrafish at the location that are used in stem cell research. Steven Senne/AP Photo

Professor: The fish, known for their regeneration, are useful animals to study
By Jonah Beleckis
Share:

We don’t see with our eyes.

Technically, we see with our brain.

Ava Udvadia, a professor and researcher at the University of Wisconsin-Milwaukee, explained that our optic nerves help convey the light our eyes detect into a language the brain understands.

But what about when those nerves are damaged, breaking the connection between the eye and the brain? That can mean two things, she said. For one, the cells in the retina might have died and gone away. 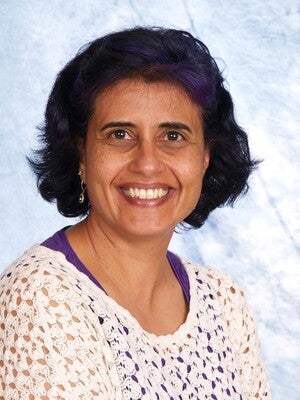 The other is damage to the nerve directly — when cell bodies could still be alive but the wires connecting them are broken.

That’s where her new research on zebrafish — and their regeneration — comes in, and it could have effects on repairing the same kind of optic nerve damage in humans. Zebrafish have cells that can switch other cells back into a developmental state, meaning they regrow the lost connection, she said.

Udvadia is an associate chair in the university’s biological studies department. She joined Wisconsin Public Radio’s "The Morning Show" to explain her research and what it could mean for optic nerve damage in humans.

She said zebrafish are small and easy to keep, and scientists can use fluorescent proteins from animals such as jellyfish to highlight specific cell types.

Zebrafish "have a wide repertoire of regenerating organs," which she said helps make them the interest of many scientists.

Udvadia said the first goal of their research is to understand what program allows zebrafish to successfully regenerate. Their hypothesis, she said, is that the program is "highly evolutionarily conserved."

"The difference between what happens in mammals and what happens in fish in response to that nerve injury is that there are a few instructions that are misplaced as the genome rearranged over evolution," she said. "We're trying to understand where those differences fall."

After that, she said researchers could examine how gene therapy or a pharmaceutical could stimulate the production of what is missing. Once they figure out more on the differences between fish and mammals, then researchers will find out how to replace it.

Over the course of regeneration, Udvadia said she and her team found 7,000 genes that changed their expression. But she said she’s not interested in investigating each one of those 7,000.

Specifically, she wants to focus on the genes that make the proteins that regulate the regeneration program.

And ultimately, she said they are not looking at making permanent changes to a cell. Rather, they could make changes in a "window of time."

"We need to control how they come on, how they express over time and how they end the program," she said.

Udvadia isn’t expecting to do all this alone. She follows the work of other researchers across the state. She also collaborates with researchers around the country, whether they’re studying zebrafish or frogs or axolotl — the salamander that Udvadia called the "superhero of regeneration."