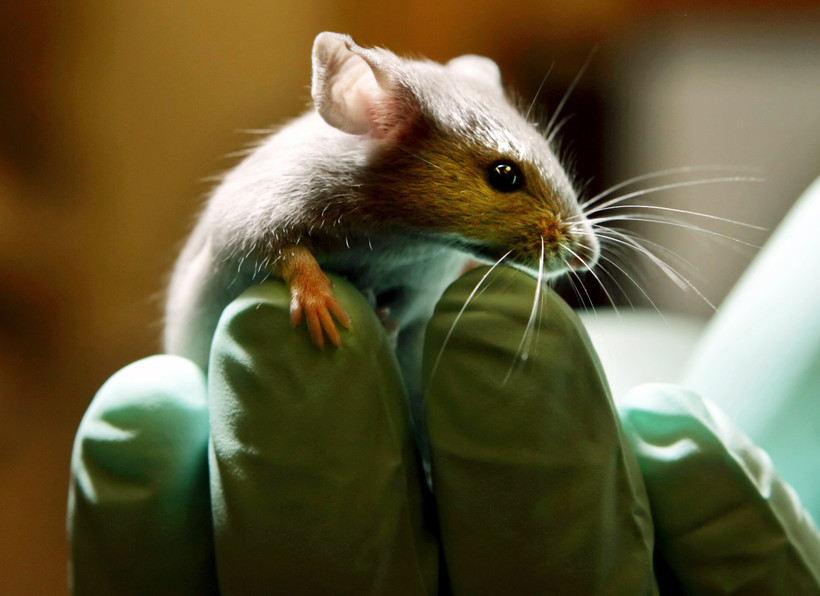 This Tuesday, Jan. 24, 2006 photo shows a laboratory mouse as it looks over the gloved hand of a technician at the Jackson Laboratory, in Bar Harbor, Maine. The lab ships more than two million mice a year to qualified researchers. Robert F. Bukaty/AP Photo

Research suggests fasting is necessary to reap full benefits of dieting in the animals
By Rich Kremer
Share:

Researchers at the University of Wisconsin-Madison say fasting and calorie restriction resulted in mice living longer and healthier lives. The study authors say it sheds new light on how and when people eat can regulate metabolic health.

Researchers studying the effects of calorie restricted diets in animals is nothing new. Dudley Lamming, an associate professor of medicine at UW-Madison, and graduate student Heidi Pak were in the midst of a calorie restriction study using mice when Pak noticed the mice ate the food they were given within two hours, going another 22 hours before eating again.

"Heidi really picked up on this and wanted to see whether or not the effect of fasting for so long during the day was really contributing to the effects of calorie restriction," said Lamming. "And that's something that nobody else has ever really investigated."

Lamming said researchers used automated feeders to give some mice smaller meals throughout the day while others were given the same amount of calories once a day.

Other mice were given what is called a "diluted diet" that included non-digestible cellulose. Mice in that group could eat whenever they wanted but ended up getting the same, restricted, amount of calories as others in the study.

"And so, not surprisingly, when we looked at our calorie restricted mice, we saw that they had improved insulin sensitivity," said Lamming. "But that was true only if they also had a fasting period."

"And so what we actually see happening in the animals that have a fasting period is they use a ton of sugar right after they eat and then for the majority of the day they're being fueled and using fats as energy," Lamming said.

"So, overall, all these beneficial effects that we see in calorie restricted animals go away when we eliminate the fasting period," said Lamming.

Lamming said caution should be used when extrapolating the study's results to humans because there are many differences between aging in mice and humans. Still, he said most people have problems when trying to restrict their diets when trying to improve their health.

"I think anything that might say it might be easier to achieve like an intermittent fasting diet or eating one meal a day, if it had the same benefits, probably would be way more accessible to people," said Lamming.