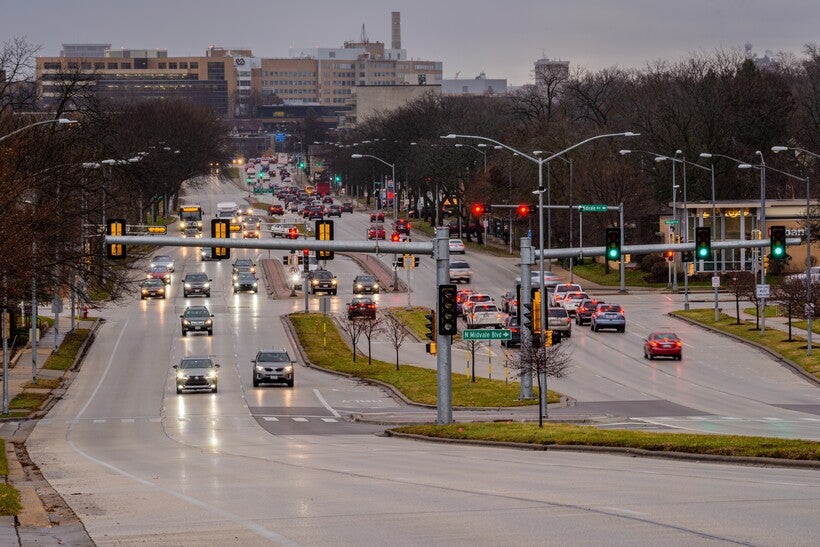 Midwest region would benefit more than any other
By Bridgit Bowden
Share:

More than 50,000 premature deaths each year could be prevented if air pollution emissions from energy-related activities in the United States were eliminated, according to a new study from University of Wisconsin-Madison researchers.

The study, published in the journal GeoHealth, used data from the Environmental Protection Agency to model the health benefits of completely eliminating fine particulates released into the air by activities like electricity generation, transportation, cooking and heating.

Nick Mailloux, a graduate student at UW–Madison’s Nelson Institute for Environmental Studies and lead author of the study, said while a complete elimination of this kind of pollution isn’t likely, the study shows how much air pollution affects health and mortality.

"We did this with the attempt to just put a number on it," Mailloux said. "It’s a big 'if,' but if we could get to emissions reductions of this scale, this is what the benefit would be."

Researchers looked at what would happen if primary fine particulate matter, sulfur dioxide and nitrogen oxides suddenly ceased to be emitted by U.S. energy producers.

These pollutants contribute to health problems such as heart disease, stroke, chronic obstructive pulmonary disease, lung cancer and lower respiratory infections that can dramatically shorten lifespans, the study states. Completely doing away with them would prevent about 53,200 deaths in the U.S. each year and provide about $608 billion in benefits from avoided health care and death-related costs, researchers found.

Broken down by region, Mailloux said the Midwest would have more avoided deaths than any other region in the country, with 11,100 potential lives saved each year if emissions from energy sectors nationwide were ceased at the same time. That’s due to a variety of factors, including being positioned downwind of much of the country, significant pollution from the city of Chicago, and emissions from coal-fired power plants in the Ohio River Valley, Mailloux said.

While a complete elimination of emissions from some sectors might not be realistic in the near-term, Mailloux said, the study shows incremental change can make a tangible difference in people’s health and lives.

"While we might have to wait decades for the total climate benefit of these actions to take effect, the benefits we get from avoided air pollutant emissions start to accrue the day after you flip off the switch, or turn off the power plant," he said.