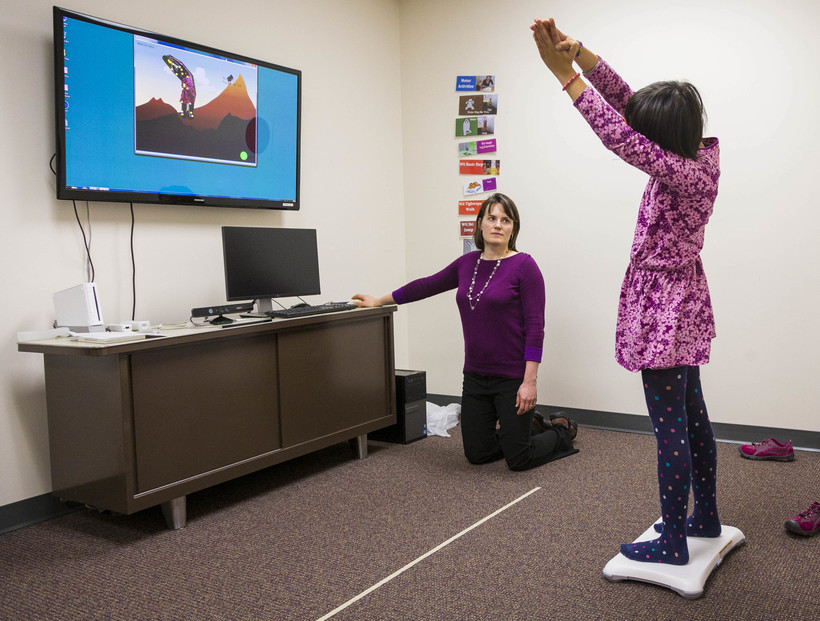 MRI scans after balance training show different brain development among kids with autism than those without
By Rich Kremer
Share:

New research from the University of Wisconsin-Madison shows balance training using video games changed the brain structure of adolescents with autism and helped improve balance, posture and the severity of autism symptoms.

Brittany Travers, a UW-Madison occupational therapy professor and Waisman Center lead researcher, said she and her colleagues are interested in finding ways to better interventions that improve the motor skills of individuals with autism. She said prior research has shown balance control appears to plateau earlier in kids with autism than those without. As people age balance becomes more of a challenge for everyone, Travers said.

"But the speculation is that autistic individuals may be more at risk for falls and later in life if these balance challenges are not addressed," Travers said.

Travers and her team at UW-Madison developed a video game called Ninja Poses in conjunction with a Nintendo Wii balance board. She said study participants visited the lab three times a week for six weeks. One group of adolescents spent an hour each visit holding various Tai Chi and yoga poses as long as they could, ranging between five seconds and four minutes, Travers said.

A control group of adolescents would spend the same amount of time playing video games while sitting.

"There's a lot of ways that one could train balance, but we're really trying to capitalize and gamify some of these balance effects in order to make it fun and interesting and something that people actually want to do, not something people feel like they have to do," Travers said. 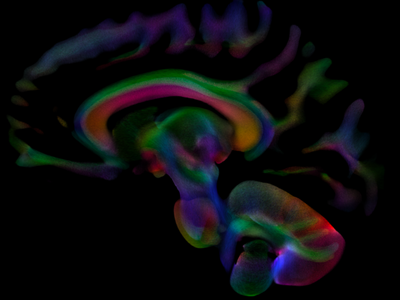 With an MRI technique called diffusion weighted imaging, Brittany Travers and her lab at UW-Madison can measure white matter tracts in the brain and identify changes that may be due to balance training among children with and without autism. Andy Manis/UW-Madison

Balance skills improved in adolescents with autism playing Ninja Poses, said Travers. But researchers wanted to measure changes in their brains using an MRI before and after training sessions.

"And from this work, we're finding that there are some pretty profound brain changes, but they did seem to be quite distinct in the autism group compared to the non-autism group." she said.

That was unexpected, she said, and the team plans to follow up by exploring that difference in future research.

Travers said she and others working on the study have been having conversations with members of the autism community about potentially using what they've learned from the research with adolescents to develop interventions for adults living with autism as well.