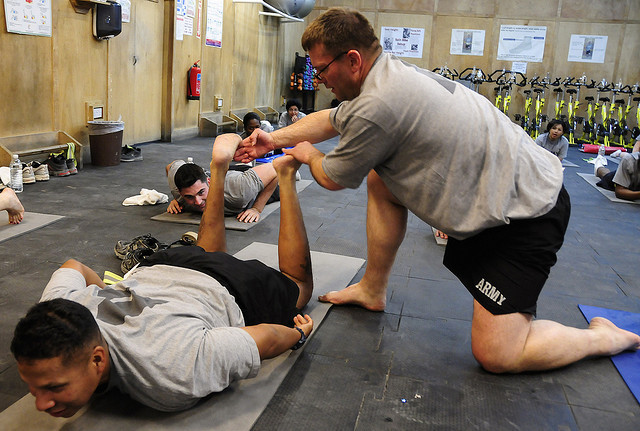 Researchers at the University of Wisconsin-Madison have identified a potential new treatment for post-traumatic stress disorder: a breathing practice commonly used in yoga or meditation.

The researchers at the school’s Center for Investigating Healthy Minds wanted to see if Sudarshan Kriya Yoga could be an effective treatment for Post-Traumatic Stress Disorder.

Richard J. Davidson, an author of study, said the research used veterans as test subjects and was motivated by a desire to provide a necessary treatment alternative.

“It's very clear when you see the data from treatments that are being used, a very substantial fraction of these individuals are not benefiting,” said Davidson.

According to the Department of Veterans Affairs' National Center for PTSD, the disorder affects 8 percent of the U.S. population. People who have it experience hyperarousal, heightened anxiety and personality changes. Common treatments include cognitive behavioral and exposure therapy and, for some people, medication.

Though post-traumatic stress is often associated with military service members who have seen wartime conflict, experts say that isn't always the case.

“Very often it's veterans who've experienced some type of other assault,” said Annabelle Potvin, the advocacy coordinator for the Wisconsin chapter of the National Alliance on Mental Illness. “Often military sexual trauma is a really common form of the experience that causes PTSD.”

Potvin says that victims of violent crime like rape or childhood abuse are also among those who experience PTSD.

Davidson said that the research is ongoing.