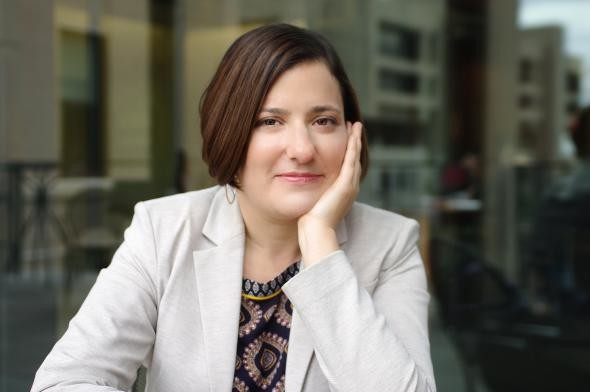 Goldrick-Rab Has Been Lightning Rod For Her Prolific Tweets Against Tenure Changes
By Scottie Lee Meyers and Veronica Rueckert
Share:

She has a reputation as a prolific tweeter and a lightning rod for both devotion and criticism. Her public battle with policy leaders over tenure changes to the UW System was covered in the New York Times and she has come under fire, as the Milwaukee Journal Sentinel put it, "for finding future Badgers on Twitter and essentially encouraging them to take their money elsewhere — as well as for comparing Gov. Scott Walker to Adolf Hitler."

On the other hand, Goldrick-Rab’s reputation for taking an active stance to make real world changes based on solid research has drawn praise and earned her a national reputation among students and faculty.

Goldrick-Rab said the quote sort of sums up the last year and her fight against tenure changes and making higher education more affordable and inclusive.

"What the last year has been about is doing something about the world that we’re all confronting today, which is accompanied and characterized by a lot of changes to our lives here in WIsconsin that many of us have felt powerless over," she said.

After Wisconsin lawmakers removed tenure protection provisions in the 2015-2017 state budget, Goldrick-Rab said she couldn’t stand idle and watch the changes that impacted so many educators and their families.

"Over the last year, I have been speaking out about our right to an affordable higher education in this state, something I know people care about, and our right as educators to interact with our students on a fair and open and honest basis, which is something that requires tenure," she said.

As the founder of the Wisconsin HOPE Lab, the nation's first translational research laboratory on college affordability, Goldrick-Rab said she takes her work seriously, especially because it receives taxpayer funding. She said she hopes to leverage her findings to improve people’s lives.

As for future battles over education policy, Goldrick-Rab said she’ll continue to be a vigilant activist and promote her views -- whether in articles, academic journals or 140 characters at a time.