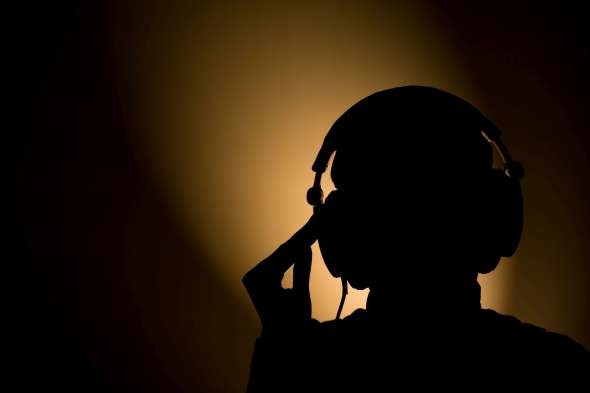 PodcastRE Looks To Save Podcasts From Same Fate As Early Radio, TV
By Colleen Leahy
Share:

Jeremy Morris is a futuristic thinker.

While some are heralding podcasts as a trendy new medium, Morris is worrying about what will become of them in the future when we may not use iPhones, iPods or MP3s.

Morris, an assistant professor of media and cultural studies at the University of Wisconsin-Madison, founded PodcastRE, a project that aims to archive podcasts.

To date, the website contains links and information to more than 150,000 audio files from more than 1,000 podcasts. PodcastRE began in 2014 and has podcasts as far back as 2007.

Morris compares podcasts — which many critics say is in a Golden Age right now — to early film and radio. In the early days of those mediums, no one thought to preserve what they were producing, so much of it is lost to history or otherwise inaccessible, Morris said.

The professor aims to save podcasts from that fate.

"We may be in a Golden Age of podcasts, but if we’re not making efforts to preserve and analyze these resources now, we’ll find ourselves in the same dilemma many radio, film or television historians now find themselves: writing, researching and thinking about a past they can’t fully see or hear," the homepage of PodcastRE declares.

Morris worries that "as the (podcasting) industry kind of grows up, that we’re starting to forget about some of its history."

Hunting down files from the early days of podcasting, which began more than 10 years ago, can be difficult. Even Adam Curry — sometimes called the "Podfather" since he produced what’s considered one of the earliest podcasts, "The Daily Source Code," — didn’t have access to early episodes of his own show.

Curry posted a note on his website a few years back asking if any of his fans had copies of files of the early episodes of his show, Morris said.

Part of the difficulty of finding these early podcasts stems from an aspect of podcasting that’s widely praised — the fact that it’s cheap enough for most people to do it.

"It’s one thing if you’re a radio station and you’re making podcasts and you’re used to saving media, but there are a lot of people who are amateur podcasters" who may not think to do so, Morris said.

Podcasting also has a problem with metadata, Morris said.

But those keywords are inconsistent. Again, because the podcasting industry is flush with both professional producers and amateurs, there’s really no standard. So it can be incredibly difficult to find specific shows, Morris said.

PodcastRE is an ongoing project, and one that relies, in part, on crowdsourcing.

Morris is building a site where people can go to help researchers by giving suggestions of shows they think should be archived or providing files from old shows they may have. That way, people in 2080 can listen to Serial, or Sleep With Me, or Doughboys, or Latino USA.

The project is a collaboration between UW-Madison's Department of Communication Arts, Instructional Media Center and libraries.