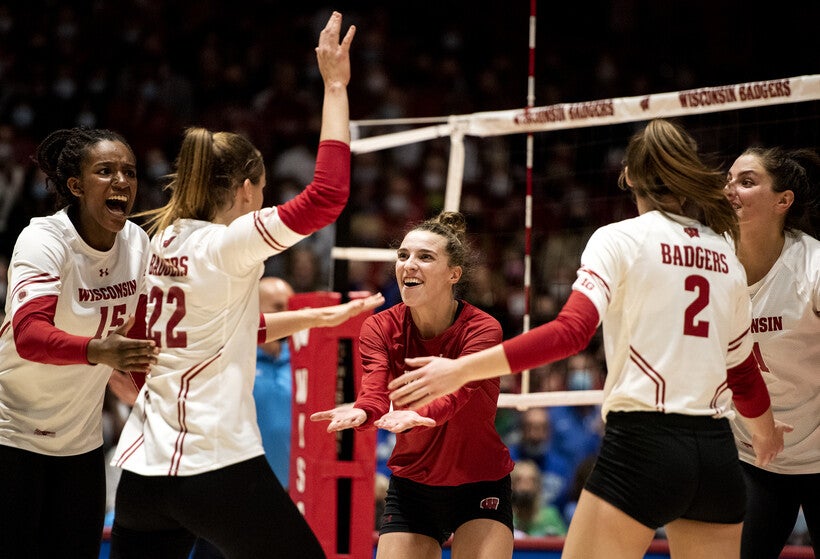 UW-Madison Athletics called it 'a significant and wrongful invasion of the student-athletes' privacy'
By Gaby Vinick
Share:

The University of Wisconsin-Madison Police Department is investigating how "private photos and video" of the national champion women's volleyball team circulated on the internet without their consent.

The move comes after student athletes notified UWPD when they became aware of the leaked footage, according to a statement released Wednesday evening by the UW-Madison Athletics Department.

"The unauthorized sharing is a significant and wrongful invasion of the student-athletes' privacy, including potential violations of university policies and criminal statutes," the statement read.

The UWPD said it is "investigating multiple crimes, including sharing sensitive photos without consent," but "is not investigating the volleyball student-athletes for wrongdoing in this matter."

The material was reportedly first found on a player's phone. Some footage showed members of the women’s volleyball team in the locker room and was never meant to be published.

Most of the material has since been scraped from the sites it was posted on, according to the Milwaukee Journal Sentinel. The newspaper reportedly obtained a photo showing players lifting their sports bras and posing — believed to have been taken after the team won the 2021 NCAA championship in November.

The Wisconsin State Journal reported that coach Kelly Sheffield declined to comment but said there's no disciplinary action for the team and that he's in full support of the players.

Under state law posting sensitive photos or recordings without consent is illegal as a Class A demeanor.

The police department is urging anyone with information to call the dispatch center at 608-264-2677.