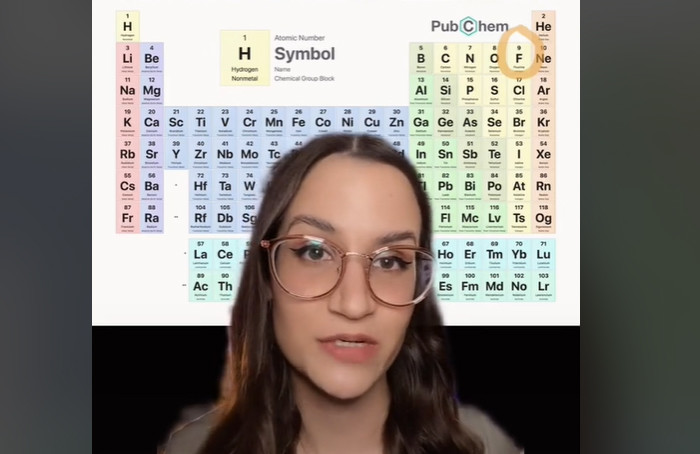 It had nothing really to do with her area of study — astrobiology and prebiotic chemistry — for which she's working toward a doctoral degree at the Wisconsin Institute for Discovery.

Her first video made an impression with more than half a million views. But instead of continuing to post videos about PowerPoint, Vincent decided to use the platform to share her passion for studying the origins of life, aliens and much more.

"It wasn't until fairly recently that I discovered this new side of TikTok that I hadn't really seen before, this kind of learn-on-TikTok movement where creators were sharing educational content," she said.

Vincent's TikTok account now has more than 50,000 followers. Vincent said she downloaded the app — popular among users for sharing virtual dance routines — at the height of the coronavirus pandemic as a form of entertainment. To her own account, she has shared almost 100 videos since starting in July 2020.

As a student of astrobiology, Vincent is searching for answers to the origins, distribution and future of life in the universe.

"Astrobiologists use experiments and simulations to try to answer those questions of how life got started on this planet, whether it exists on other worlds, and if it does, how we go about detecting it," she said.

After her video tutorial about PowerPoint "blew up," she considered whether there would be interest from users in her scientific pursuits.

"Sure enough, there was," she said. "I kind of transitioned into more science content and yeah, here I am."

Vincent gets ideas for new videos based mostly on questions from her followers. She's even created a series where she rates aliens from different movies.

Vincent said she uses this model to get people interested in astrobiology and to helps folks become aware that these are actual areas of study.

"These are the kinds of things we can speculate about or be critical of with that area of expertise," she said.

But she's got plenty of light content, too, namely her lab-inspired dance videos — the "Spray it Down," the "Pipette Jab" and the "Conical Tube Shake."

Vincent said she likes to stay on top of trends and adapts her videos, and dances, to somehow relate to science or astrobiology.

"Just kind of as a fun way to show that I'm a person that is more than just a scientist as a job," she said.

She said it's important for her to communicate the science to her viewers so they can understand what discoveries are being made. That understanding is what's needed for those discoveries to be meaningful, she said.

She's finding her own benefits of sharing her knowledge of TikTok, and that's in the excitement that's generated from her followers.

"Science is hard, especially as a grad student," she said. "So if you can get other people excited and passionate with you and kind of advocate for you and keep you going, I think that everyone can benefit from that."