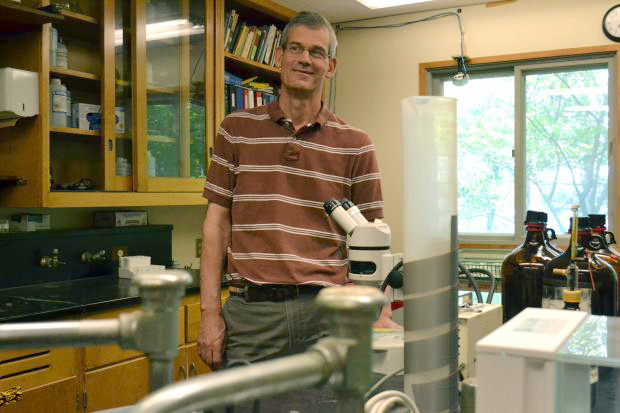 Issues like climate change and shrinking planetary resources have come to demand not just national responses, but global collaborations.

It was with that in mind that limnologists with the University of Wisconsin helped create the Global Lake Ecological Observatory Network (GLEON). The network is a data-sharing organization of scientists from around the world who are trying to understand and protect bodies of fresh water. By sharing technology, members are able to aggregate information on things like water temperature, algae and weather -- and get a better idea of what’s happening to lakes on a global scale.

Paul Hanson, a distinguished research professor at the UW Center for Limnology and the head of GLEON, said that much of the groundwork for that collaborative effort was laid by Tim Kratz at the UW’s Trout Lake Station in Boulder Junction. Hanson credits Kratz with discovering sensor networks, or in other words, “new ways to sense lake ecosystems.” That technology, when coupled with tremendous computing power in the Pacific Rim area, became the tool that GLEON members now use to collect and share data.

Hanson emphasized that the global aspect of the network is incredibly important.

“When you go and visit lakes, it almost doesn’t matter where in the world are — people are doing the same thing,” said Hanson. “They’re walking around the shore, they’re looking in, they’re throwing stones out in there. Some are fishing, (some) are swimming, some are boating. They’re using lakes in all kinds of different ways.”

For Hanson, those common ways of using lakes — in addition to common issues like climate change — means that scientists share common goals in lake research. But, while shared technology and data help researchers reach those goals, Hanson said the success of GLEON is bigger than that.