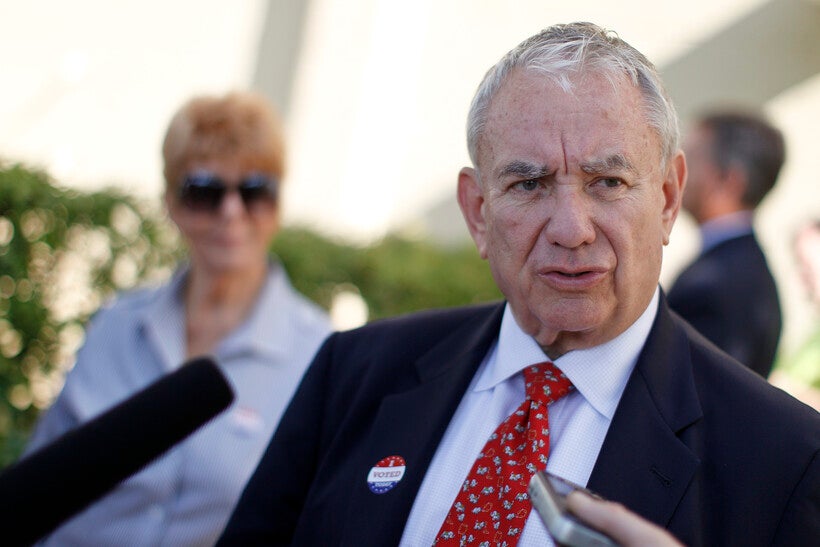 Tommy Thompson, current University of Wisconsin System interim president and former Wisconsin governor, has asked Gov. Tony Evers for $110 million in state funding to provide coronavirus testing and personal protective equipment (PPE) for the state’s 26 campuses. Thompson says he’s also being aggressive in getting federal funding for colleges and universities to make planned reopening this fall as safe as possible.

During his first meeting with reporters since taking the helm of the UW System earlier this month, Thompson said testing on campuses "is going to be a factor of how much money I can raise." He said he’s already met with state lawmakers, Evers and Republican U.S. Sen. Lamar Alexander of Tennessee, who chairs the Senate’s health committee.

Thompson said that during his meeting with Evers, he requested $110 million dollars to help universities and branch campuses for COVID-19 testing, contact tracing and PPE.

"And I'm hopeful that we can do that," said Thompson. "It's going to be pretty much equally divided between protective equipment as well as testing."

Thompson said he’s also advocated for federal funding through conversations with Alexander, whom he referred to as a close friend.

"He indicated that there's going to be a package of proposals of about $11 billion, he thinks, on a bipartisan basis that's going to come to the floor of the U.S. Senate either in the last week in July or the first week in August," said Thompson. "I am planning to do everything I possibly can to reach bipartisan support for that proposal."

Thompson said the UW System is committed to holding in-person classes this fall. Many early plans from state universities call for hybrid mixes of face-to-face instruction and online learning.

During a UW Board of Regents meeting on Thursday, Thompson encouraged them to pass a resolution that would make face masks mandatory while all students, faculty and staff are indoors. The resolution also recommended campuses follow CDC guidelines on social distancing, hand washing and self reporting of COVID-19 symptoms.

The board approved Thompson's recommendation by unanimous vote.