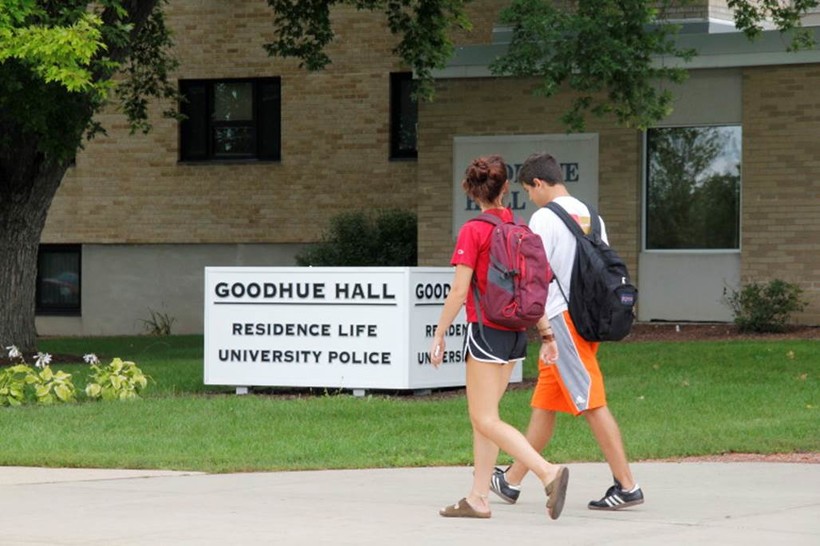 University of Wisconsin students caught selling drugs on campus face severe consequences such as expulsion and the loss of financial aid. Some students, however, can avoid criminal charges if they agree to help police bust other drug dealers.

One 25-year-old UW-Whitewater student, Javonni Butler, was suspended after he was arrested for selling a small amount of marijuana to an informant. He was offered the chance to reduce his felony charges and keep his record clean if he turned in other student dealers.

Butler told Sean Kirkby of the Wisconsin Center for Investigative Journalism he resented being pressured to become a snitch. He ended up serving 45 days in jail.

UW-Whitewater Police Chief Matt Kiederlen said that last year, eight students did agree to the deal because it offers a significant benefit.

“They don't end up with those charges or a conviction hanging over their heads for the rest of their lives,” Kiederlen said. “We certainly realize that a conviction for dealing narcotics can affect you in a lot of ways. We really do look at it as an opportunity for them to kind of pay back the mistake that they made.”

UW-Whitewater Police Chief Kiederlen also said that informants are helping to stem on-campus drug arrests, which he says fell from 156 in 2012 to 94 last year.

But selling drugs, even for someone who is wearing a wire and police are watching, can be dangerous. Kiederlen said that police do background checks on targeted drug dealers before sending a student out with marked bills to make a drug buy.

“If we have someone that's shown a propensity towards violence or maybe even a weapons charge or other things like that, we're not going to let them buy into that person because of the safety concern,” said Kiederlen.

UW-Oshkosh criminologist Stephen Richards, however, said there are other safety concerns for informants who are not included in the contract.

Richards himself was caught in a federal sting operation and served three years in federal prison in the 1980s for conspiracy to sell marijuana. He said he turned down an offer to be an informant and pled not guilty to his charges because he believes marijuana should be legal and he didn't want to help arrest others for selling it. Now, as a law-abiding professor with a doctorate, he sees using students as informants as counterproductive on a college campus.

“I think it's detrimental to what we try to do on a college campus, which is to provide a safe and supportive environment for university students to learn,” he said. “I think it disrupts that.”

UW-Whitewater Dean of Students Mary Beth Mackin disagrees. She said that when students break drug laws on campus, they shouldn't be treated differently just because they're students.

“I think the important thing is this is not an anomaly to a college campus,” Mackin said. “It's the same thing that happens to 19-year-old who has not come to college, who's working somewhere out in society.”

Both UW-Eau Claire and UW-Stout also use students for drug buys. Campuses in Green Bay and Oshkosh use informants only to obtain search warrants and subpoenas, not for drug buys.

Editor's Note: Sean Kirkby on the Wisconsin Center of Investigative Journalism worked with Gilman Halsted on this story. You can check out Kirkby's article here, on the WCIJ website.