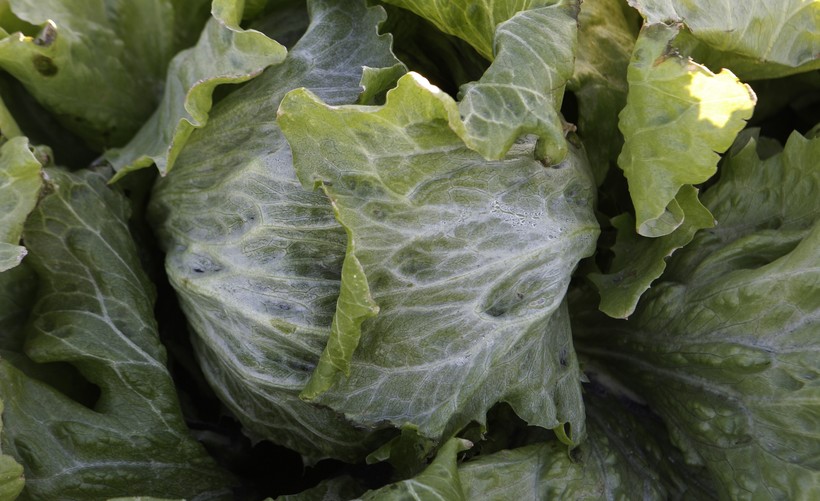 Student Founder Shares How She Got The Idea And How It Works
By Amanda Magnus
Share:

College students notoriously rely on cheap, easy food like ramen noodles. But a new program on the University of Wisconsin-Madison campus is trying change that by making fresh produce an easy option for students, too. It’s called the UW Campus Food Shed.

Founder Hannah DePorter got the idea from previous work.

The UW-Madison senior was administrative director for a sustainable agriculture organization on campus that gives out free produce to students, staff and community members in Madison on Fridays. She was also working as a student in a plant breeding lab. In both positions, there were vegetables and other produce left over that were just getting composted.

"I wanted to be able to extend the life of all of these vegetables that are just being wasted and put them into people’s hands," she explained.

The Food Shed program has four refrigerator locations: one at the Student Activity Center, one at Science Hall, one at the Plant Sciences Building and one at Allen Centennial Gardens. Those four locations were chosen because they’re spread out on campus — two are on the west side, two are on the east side.

"It creates more accessible locations for individuals to go depending on where they are, and all those places are always frequented by faculty, students and staff, so we want to reach as many people as possible," DePorter said.

People who have donations alert the student and bring it to her or she picks it up. She then puts it in a refrigerator location. To let people know when there’s food available, DePorter takes a picture of what’s in the fridge and shares it on Facebook, along with a list of what’s in it, which fridge it’s in and what the hours are to pick it up.

"Everything is usually gone within 24 hours of putting stuff in, and some days we have 200 pounds of produce going into these refrigerators," she said.

Donations have been abundant as well. Because one of the fridge locations is in the Plant Sciences Building, a lot of research labs can easily drop off their extra produce on their way back from harvesting.

DePorter said the two goals of the program were to reduce food waste and to increase food security. She added that food insecurity is pretty prevalent on the UW-Madison campus, even if most people don’t see it.

The senior said the next step for the Food Shed would be to work with local farmers who have excess produce and to get more people involved.