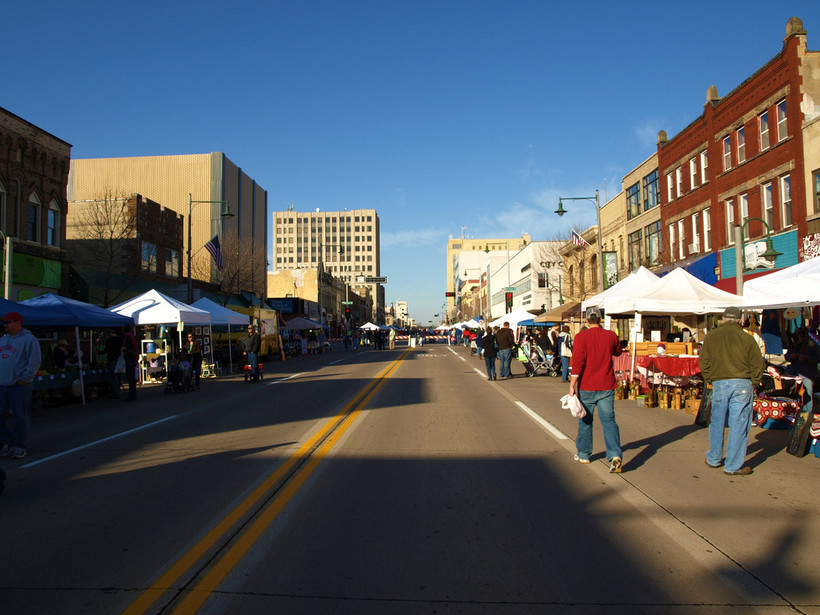 Above, a farmers' market in Appleton. Photo: Pat Dye (CC-BY-NC-SA).

The U.S. Department of Agriculture is funding a project involving the University of Wisconsin-Madison and Farmers' Market Coalition to better track sales at farmers' markets and collect other information that could be useful to vendors and communities.

Farmers' markets have a rich history with political, social and economic overtones says Alfonso Morales, an associate professor of urban and regional planning at UW-Madison.

“We know that farmers' markets were very important in the United States at the turn of the last century,” said Morales. “We know they increased in importance through during the late 1960s and '70s as middle-class consumers became interested in alternatives to grocery stores.”

There are now more than 8,000 farmers markets in the United States, but their impact on communities is largely unknown. Morales and the Farmers' Market Coalition will work with nine markets in three regions of the U.S. to develop an online tool to measure economic, social and environmental impacts.

He said the way consumers get food continues to change.

“There are a number of different branches, number of activities, or ways to buy food or consumer goods that serve the various needs people have,” said Morales. “Our work is documenting that (evolution) but also fostering it."

Morales hopes an academic approach to measuring the impact of farmers markets will enhance market credibility and enable better decision making on where to locate markets and what to sell.

Correction: The original version of this article described the Farmers' Market Coalition as a regional organization. It actually operates on a national level.