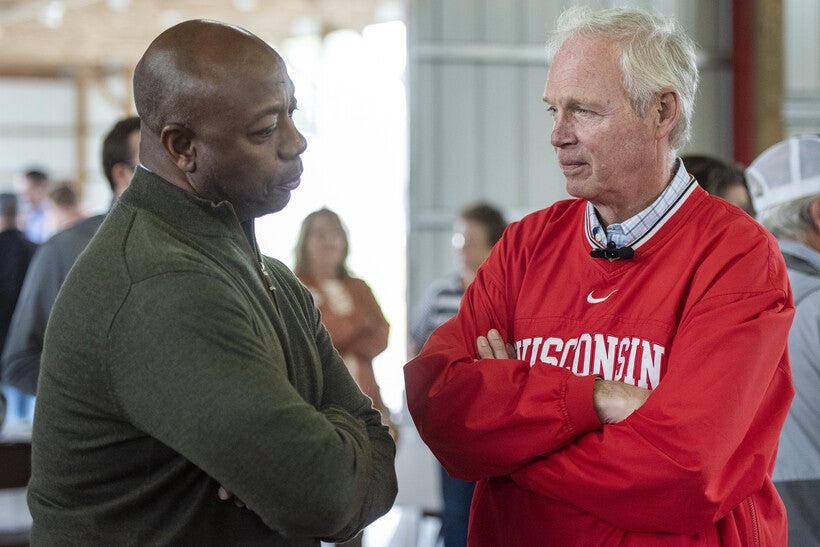 The Election Integrity Incident Reporting site encourages voters or election observers to detail concerns and upload images of suspect activity at polling places. A press release from Johnson's campaign notes the goal is to "assure voters that the 2022 elections will be secure and run in accordance with all applicable laws."

"Everyone in Wisconsin should have the assurance that their vote counts and it will not be canceled by a fraudulent vote," Johnson said in the release. "We are doing everything in our power in 2022 to restore confidence in our election by ensuring Wisconsin elections laws are fully complied with."

The campaign also launched a video titled "Securing Our Elections" guiding election observers on how to identify disqualifying issues with absentee ballots like missing signatures or incomplete address information and object to a polling place's chief election inspector. It offers an image with advice on what happens after absentee ballots are processed.

"After the ballot is counted, ensure the ballot is placed in a box and sealed to NOT BE COUNTED AGAIN," the campaign's instructions state.

"Ron Johnson is the last person Wisconsin voters should trust to 'restore confidence' in our elections," Barnes campaign spokesperson Maddy McDaniel said in an emailed statement responding to the election reporting site launch.

"It’s shameful Johnson is casting doubt and refusing to say whether he will accept the results of the election," said McDaniel. "But voting is safe and secure and people should be empowered to cast their vote and know it will be counted.”

Barnes and other critics have attacked Johnson for text messages from his former chief of staff indicating the Senator tried to deliver slates of fake electoral ballots to former Vice President Mike Pence on Jan. 6 before a crowd of former President Donald Trump's supporters stormed the U.S. Capitol in hopes of stopping the certification of President Joe Biden's 2020 victory.

Johnson has said his only involvement with the fake electors was connecting the Trump campaign's former Wisconsin lawyer Jim Troupis to his staff. Johnson's campaign hired Troupis to provide consultation on the election and a potential recount.

Local clerks and the Wisconsin Elections Commission typically field election complaints. The WEC website guides residents on how to fill out a sworn complaint and have it notarized.

Jacobs said it's "sort of entertaining" that Johnson is soliciting complaints of potential fraud in light of his connection to the fake electors.

"And also, I have no idea why they're so excited about putting ballots into boxes," Jacobs said about the Johnson campaign video on absentee ballots.

She said after absentee ballots are counted they're placed into ballot bags, which are sealed, recorded via chain of custody form and transported to the clerk's office.

Jacobs also noted a disclaimer on the bottom of the Johnson campaign's online election integrity reporting site stating users who enter a mobile phone number along with their complaint are consenting to receive automated campaign texts and calls.

"Let's make clear what it is. It's not really an attempt to oversee our elections," said Jacobs. "It's a campaign activity."

Milwaukee Elections Commission Executive Director Claire Woodall-Vogg told WPR she has no issues with the Johnson campaign soliciting election concerns with its website. She said it sounds like a newer approach to something political parties have long done at the local level.

"Both political parties have always had a very strong presence of observing and bringing any type of issues or concerns to the chief inspector or to the election administrator for the municipality," Woodall-Vogg said.