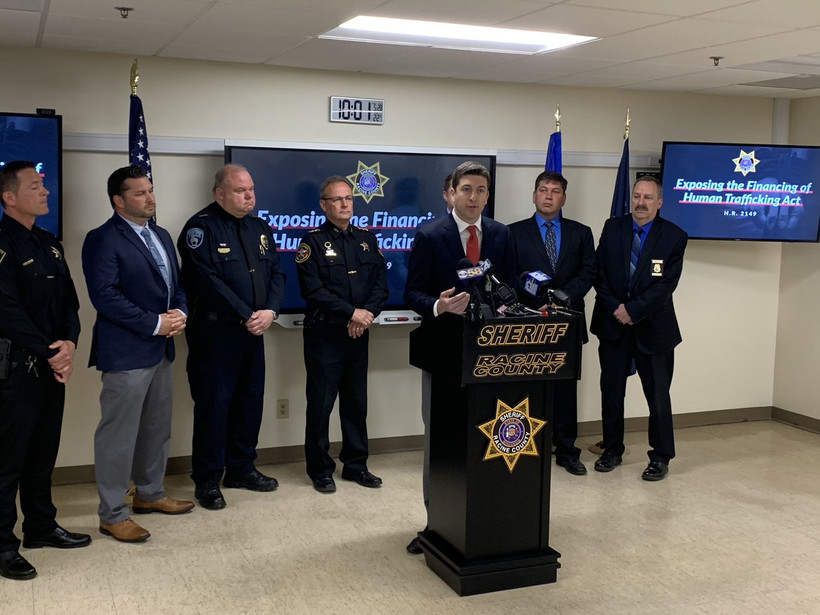 The bill, known as the "Exposing the Financing of Human Trafficking Act," would require Trafficking In-Persons reports from the U.S. State Department to evaluate foreign governments work "to investigate, prevent and prosecute financial criminal activities" related to human trafficking.

The bill is co-sponsored by seven Democrats and seven Republicans and must pass through the Committee of Financial Services before moving on to the House of Representatives.

Their interview has been edited for brevity and clarity.

Rob Ferrett: What exactly is in this bill targeting human trafficking and the financing of it?

RF: What kind of leverage can the United States have over these other countries?

RF: How big a problem do you see human trafficking being in your part of Wisconsin?

BS: There are estimates that globally $150 billion in illegal profits are made from forced labor each year. We see this across the state, in particular in southeast Wisconsin along the I-94 corridor from the Milwaukee airport to the state line, as well as the I-90 corridor running from Madison down toward Rockford.

Where we can play a role, we need to step up and do that. I serve on the Financial Services Committee and that puts me in a position where I can go after, and attack in particular, the illicit financing piece of this puzzle and that's what this bill does.

RF: Do we know how much of an element that international connection plays here in the Midwest?

BS: We saw a case recently in Racine County where there was a federal indictment of farm laborers who were being trafficked and exploited by what appears to be an international criminal gang.

It’s here in our community, we probably don't know the full size and scope, but every day you see stories of individuals who are victims of this and we need to step up and play the role where we can.

RF: You have some bipartisan co-sponsorship on this, can you talk about that?

BS: We need to look at areas where we can come together and work and try to solve problems. In Wisconsin alone I have (U.S. Reps.) Jim Sensenbrenner and Mark Pocan and Gwen Moore, we've all come together to say, 'Let's address this.' And so this is really a bipartisan effort and every day we're gaining momentum to be able to ultimately get this across the line.

RF: You announced this with a group of local law enforcement officials, other local government officials. What kind of things are you hearing from them when it comes to trafficking?

BS: Time and time again I’ve heard the struggles that our local law enforcement officers are having as it relates to human trafficking. It's a multifaceted problem that's going to require a sophisticated approach, sometimes that's a high school counselor, sometimes that’s your local law enforcement, sometimes where it’s crossing state lines, that’s your FBI. And then this piece of the puzzle is going after that international financing.

RF: What is the timeline for this?

BS: Well, there's a lot of partisanship in Congress right now and so my effort is to move this across as quickly as we can. I'm not sure what that timeline is, but I'm going to roll up my sleeves and I'm working hard to try to get this across the line. 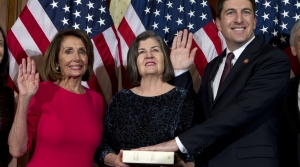 U.S. Representative Bryan Steil (R-01) introduced his first bill Tuesday, known as the Exposing the Financing of Human Trafficking Act. Representative Steil joins us to talk about the goals of the legislation.