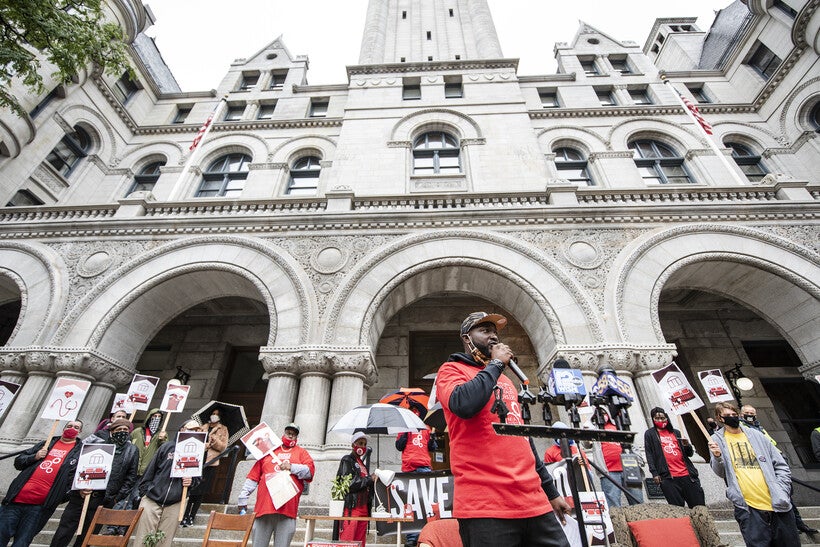 The rally of about 40 people was organized by the Milwaukee Area Service and Hospitality Workers Organization.

Workers protesting set up a mock living room outside of Johnson's office, complete with armchairs and a Monopoly set, to represent the experience of people who have lost their homes and have been forced to live on the street as a result of the economic crisis brought on by the coronavirus pandemic. 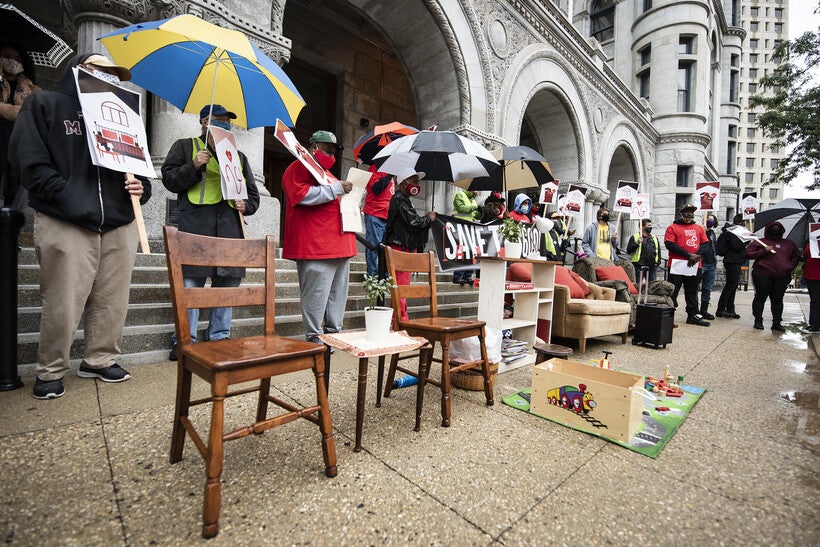 Living room furniture is set up to create a scene Thursday, Sep. 10, 2020, at the event in Milwaukee. Angela Major/WPR

Three out-of-work Wisconsinites spoke to the crowd about the need for Congress to help workers in their situation. One of the speakers, Nicole Gallman, an independent contractor who worked in IT and engineering and has been out of work since March, said in an interview with WPR before the protest that she's seen Congress help banks and other corporations that are struggling to stay afloat in the past, but now she feels like everyday people are being left out to dry.

"Instead of our representatives protecting us, making sure we're taken care of, we're left to survive on our own," Gallman said, adding that she has frustrations with both Democrats and Republicans.

The $600 weekly unemployment supplement ended in Wisconsin on July 25, and officially ended under federal law on July 31. Tens of thousands of unemployment recipients in Wisconsin have gone more than a month with only state-level unemployment benefits, which max out at $370 a week. 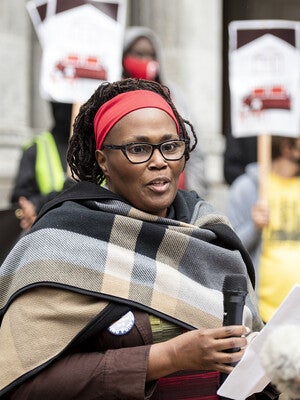 Nicole Gallman speaks at the event Thursday, Sep. 10, 2020, in Milwaukee. Standing in front of Sen. Ron Johnson’s Milwaukee office, she said “elected leaders are failing to step up.” Angela Major/WPR

Wisconsin has been approved for funding under the Trump administration's Lost Wage Assistance program, a $300 weekly supplement to unemployment. But Wisconsin Department of Workforce Development Secretary Caleb Frostman has said out-of-work Wisconsinites likely won't see that money before October as the agency works to program the new benefit, a process that could take as long as two months by his estimate.

It also remains unclear how much of the new funding Wisconsin will be able to access. The money comes to states from a Federal Emergency Management Agency fund that is also used for disaster relief. DWD has said FEMA effectively guarantees that three weeks of the $300 supplement will be reserved for Wisconsin unemployment recipients upon approval for the federal program, meaning recipients can count on getting $900 in total extra benefits once the program is up and running. But there is still uncertainty about what funding Wisconsin will receive beyond that, including whether recipients can count on receiving a fourth week of the supplement which Wisconsin requested in its initial application.

In Washington Thursday, a GOP-backed coronavirus relief package that would have supplemented unemployment benefits by $300 a week was blocked by Senate Democrats.

Johnson criticized the move in a statement.

"It is unfortunate Democrats won’t take 'yes' for an answer," Johnson said. "Once again, they have taken the position it’s either their way or the highway. Just because Republicans wouldn’t agree to spend $3 trillion and give Democrats everything they demanded, unemployed workers won’t get additional federal unemployment benefits and small businesses won’t get needed financial support. What a shame." 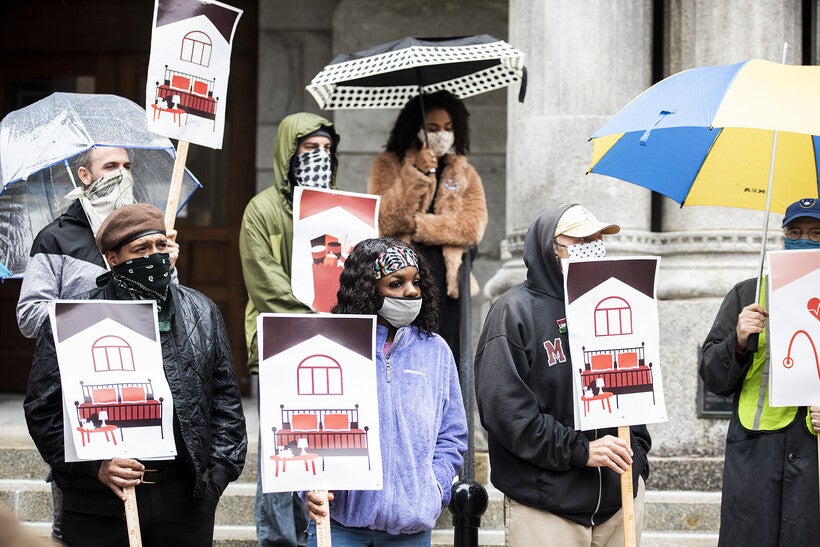 About 40 people attended the event organized by the Milwaukee Area Service and Hospitality Workers Organization (MASH) on Thursday, Sep. 10, 2020, in Milwaukee. Angela Major/WPR

Anthony Steward, another speaker at the protest and a cook at the Milwaukee Bucks' Fiserv Forum who has also been out of work since March, told WPR that he feels like Congress has been failing to help working people.

Organizers said Thursday they plan to continue protests every week until workers get the support they need from Congress.