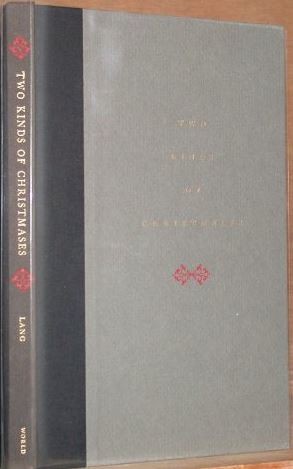 This book is a collection of letters and speeches reflecting the spirit of Christmas and New Years by such individuals as John Steinbeck, Winston Churchill, John F. Kennedy, George Washington, Thomas Mann, as well as many others.  This episode originally aired on Christmas Day 1978.

This was a limited, numbered book privately printed for friends of World Publishing in 1965.