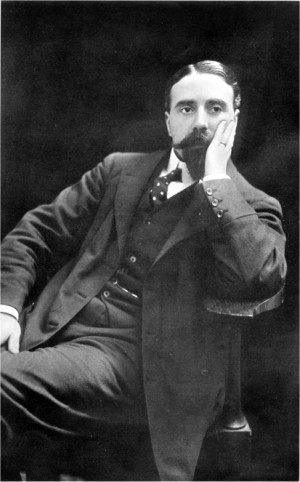 The celebrated conductor Sir Thomas Beecham was known for the practical jokes he played on performers. How well would he take it when a performer put one over on him?

In the fall of 1935 Beecham was holding auditions for a season at London’s Covent Garden and a long tour through the country, which would include a revival of Puccini’s La Boheme. A few years earlier, soprano Dora Labbette had won Beecham’s admiration singing in Handel’s Messiah under his direction, and now she wanted to have her operatic debut.

She decided to audition in disguise.

She put on a bright blond wig and a simple black dress and pretended to be a foreigner who couldn’t speak a word of English. To avoid having to speak, she wrote “Audition” on an envelope and was admitted backstage, where she waited with six other hopefuls aspiring to win the part of Mimi or Musetta.

Identified only as Number Three, she walked on stage in her disguise, unusually nervous, barely able to make out Beecham in a distant seat as she peered out through her false curls. Despite her nerves, she thought that her voice carried particularly well as she sang Mimi’s big arias.

As it turned out, so did Percy Heming, a baritone who helped Beecham with management. He hurried in from the amphitheater to tell Beecham that Number Three was the best of the lot. Beecham told him to talk to the mystery soprano, make her acquaintance, and consider offering her the role.

But backstage, Number Three was nowhere to be found.

The next day, her agent invited Beecham to lunch to meet “a promising young Italian soprano.”

Still in disguise and using the name Lisa Perli, Dora Labbette let slip one reference after another to oratorios they had worked on together until Beecham recognized her. With a cry of delight, he ordered champagne and offered her the role of Mimi.