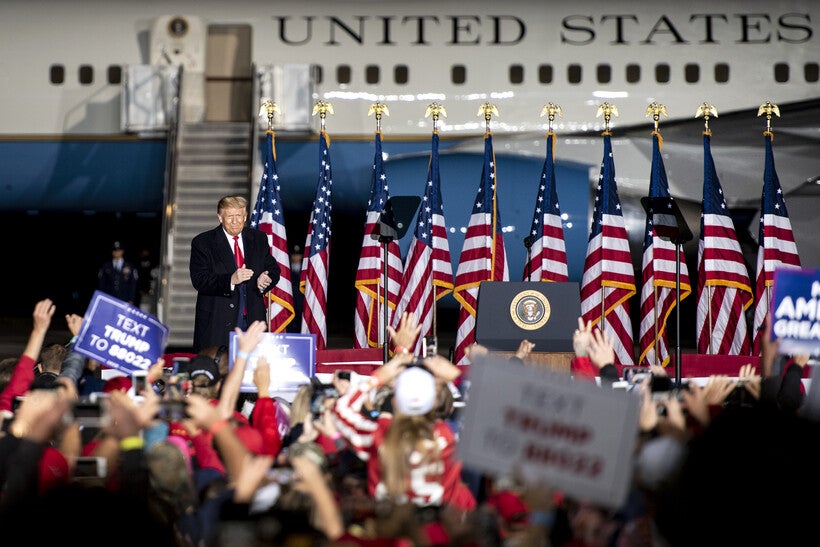 President Donald Trump is planning a pair of campaign rallies on Saturday in La Crosse and Green Bay, less than five weeks before the Nov. 3 election.

The stops announced Monday by Trump's campaign come just over two weeks after he held a rally in central Wisconsin city of Mosinee.

Both of Saturday's rallies are scheduled for airports in the respective cities. Trump has been a frequent visitor to Wisconsin, a key battleground that he won by fewer than 23,000 votes in 2016.

His Democratic challenger, Joe Biden, was in Manitowoc last week and his wife, Jill Biden, was campaigning in Madison and Waukesha on Monday.