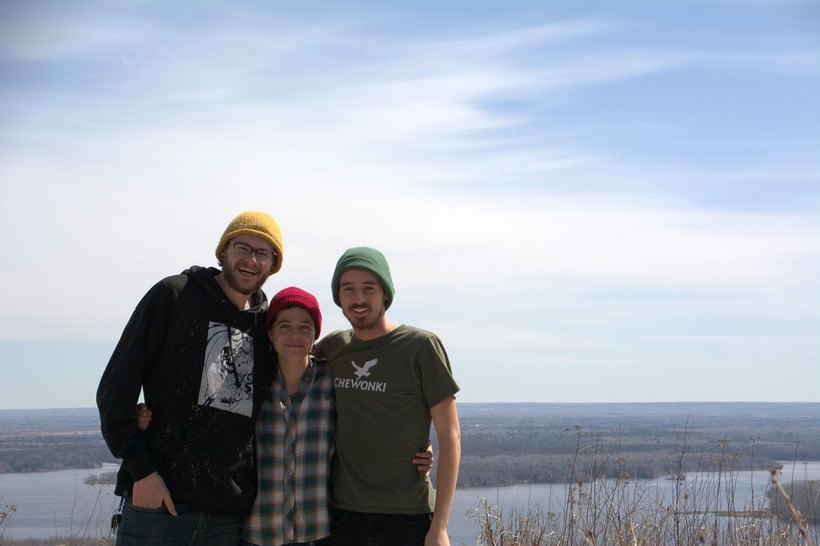 Three friends are planning an "ultrarun" around Lake Superior to collect people’s stories and water samples for microplastics research this summer.

Microplastics are tiny plastic beads found in personal care products like soaps and body washes. Northland College graduate Andy Butter and his two friends, Evan Flom and Allissa Stutte, will set out from Ashland on May 20. The trio plans to run an average of 20 miles per day on their 85-day trip around the lake. Butter said they'll collect1-liter water samples about once a week.

"We want to sample from a variety of areas, so some places that are more remote and have less human impact and other samples that are closer to river outputs to see what the levels of pollution are in those very intense human activity areas," he said.

The trio is working with the nonprofit organization Adventures and Scientists for Conservation. Butter said the goal is to help raise awareness of microplastics pollution in the Great Lakes.

"There’s a really big awareness of plastic in the oceans: the Great Pacific Garbage Patch and things like that," he said. "But, there’s a huge problem with it in the Great Lakes too."

Researchers are concerned about the tiny particles because they don’t easily dissolve and may have harmful effects on the environment.

Wisconsin lawmakers and members of Congress took notice of microbead pollution last year. Wisconsin passed a law last July banning the manufacture of products containing microplastics beginning in 2018. A federal law passed by Congress in December moved up that timeline, prohibiting manufacture of microplastics as of July 1, 2017.

State Sen. Robert Cowles, R-Green Bay, was among lawmakers who pushed to ban the manufacture of microbeads last year. He’s glad the federal law went beyond what state lawmakers enacted. But, he added more research is needed.

"We know they’re out there. We know it’s not a good thing because it’s something that doesn’t degrade and it can be ingested," said Cowles. "We don’t know precisely what the implications are."

Lorena Rios-Mendoza, assistant professor of chemistry at UW-Superior, found microbeads in water samples in Lake Superior, Lake Huron and Lake Erie in 2012. Rios has expanded her research to study how many microbeads exist near wastewater treatment plants around Lake Superior, including Duluth, Superior and Ashland. The university professor is examining the concentration of toxic compounds in the tiny plastic particles and whether that disrupts endocrine systems in fish.

Meanwhile, Butter said they'll be carrying all their camping gear, food and equipment in a baby stroller that each one will take turns pushing as they run around the lake. He said they'll provide regular updates about their journey along with stories from people around the lake on their blog. Butter said he hopes to provide a "face and a heart" to Lake Superior and the people who live along its shore.