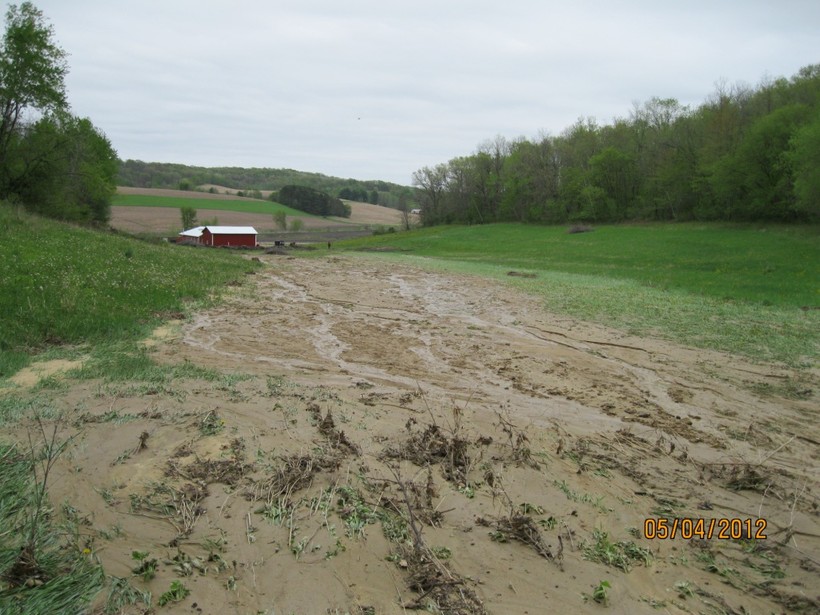 It's been more than a year since a frac sand mine near the City of Blair was first cited for illegal storm water discharges, but the mine's owner continues to violate its permit.

Shortly after work began at the Winn Bay mine site, the Department of Natural Resources (DNR) warned the company it was leaking mud and silt from the property. Winn Bay didn't act, and later sold the company to Pennsylvania-based Preferred Sands. So, in December of 2011 the DNR ordered a meeting with both companies to plan ways to manage runoff in the coming spring. Last May, however, a heavy rainstorm liquefied one of the site's waste piles, sending it crashing through an Amish home. DNR Enforcement Specialist Deb Dix says their suggestions were ignored.

"With this particular instance it was apparent that there were no best management practices around this sand pile to attempt to hold it back if rain was to occur."

Dix says the DNR referred Preferred Sands to the Department of Justice for prosecution. Even then, she says the company continued to allow runoff to leave the property. Trempealeau County conservationist Kevin Lien says frac sand companies can afford to ignore the rules.

"So, we've learned that citations are pretty much ineffective for this industry. This industry has very deep pockets and a wealth of resources."

"At this point in time we're again having some runoff issues due to open areas [and] unvegetated open soils, where the soils are being carried offsite from the frequent rains and the snowmelt."

Preferred Sands didn't agree to an interview for this story. They emailed a statement saying they've resolved some of the issues, but remaining problems are exacerbated by the spring thaw.