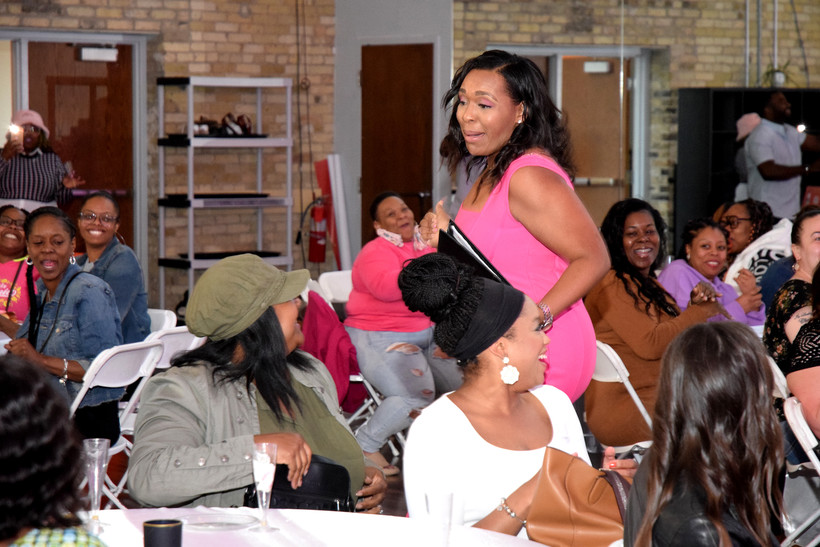 Tarsha Wiggins speaks during a Ladies TRAP Therapy session on May 19, 2022. Wiggins uses hip-hop, R&B and other dance music to get people in Milwaukee to be more comfortable talking about their mental health. Photo by Courtney Barlow and courtesy of Tarsha Wiggins

The music is the bridge, spurring people toward a conversation about their mental and emotional wellness.

The music is the seed, planting the idea of what therapy is like, especially for Black and brown people who face stigmas, shame or treatment barriers.

"It’s just the power of music," she said Wednesday on Wisconsin Public Radio's "The Morning Show." "You bet that favorite tune comes on, it releases those endorphins, that serotonin in the brain. That 'feel good' comes over you."

Wiggins, who founded Speak Wellness Behavioral Health Counseling, said the song "POWER," by Ye (formerly named Kanye West) is a great example of how she connects uplifting or high-energy music with psychology.

She tapped into the cognitive-behavioral model of therapy. If people think they are unloved, unworthy and helpless, the thoughts become beliefs, she said. Then the beliefs bleed into work and relationships.

What should happen to shift that thinking? How should someone challenge those thoughts?

"No one man, no one thought, no one thing can have power over you anymore," Wiggins said, alluding to the lyrics from "POWER." 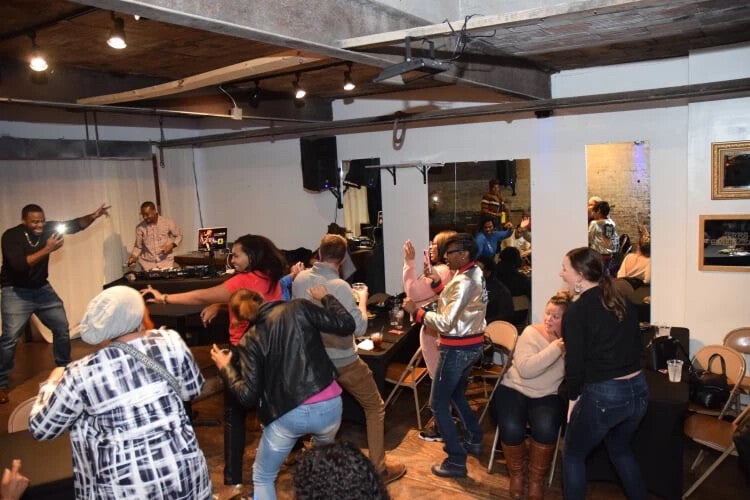 Tarsha Wiggins and others dance during a session of TRAP Therapy in March in Milwaukee. Photo by Courtney Barlow and courtesy of Tarsha Wiggins

"It was culturally accepted to self-medicate versus seek mental health treatment," Wiggins said, reflecting on her time working with families as a child protective social worker.

In addition to stigma, Wiggins said people in vulnerable positions don’t want to be disrespected or mistreated. She said it’s extremely important for Black and brown people to see counselors who look like them and have some shared life experiences, and might better understand historic trauma from racism in the medical field.

Other barriers to accessing mental health services include work hours, insurance and money. 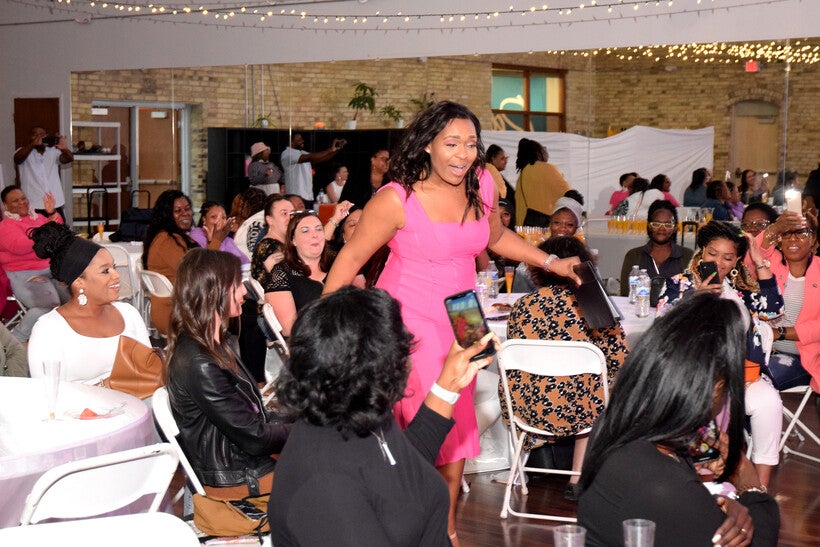 Tarsha Wiggins during a TRAP Therapy session for women in May in Milwaukee. Photo by Courtney Barlow and courtesy of Tarsha Wiggins

Wiggins said she has to build rapport with potential clients, highlighting how social media can prime people before they come to sessions. She said social media is one way she plants a seed, getting others to think about skills like boundaries, coping or mindfulness.

"I’ve done that work prior to most people entering the door," she said.

People are welcomed with a big smile, music, food and drinks, Wiggins said.

Once the music plays and people are feeling good, Wiggins said the group starts having uncomfortable conversations that can be life-changing. The best part of the sessions, she said, is when people feel comfortable enough to open up.

"I take that sincerely to heart that I have created a space, at times, for 100-plus African American or Black (people) in the city of Milwaukee that we can come together and have very vulnerable conversations around mental health," she said.

In May, Wiggins held a TRAP Therapy session for women and another for children. She said if people go to checkups for their physical health, they should look at their own mental wellbeing in the same way.

She said the services are out there and ready to help people. She wants to build the bridge and plant the seed.

"The city of Milwaukee, guys, we live in an amazing city here with just a wealth of resources," she said. 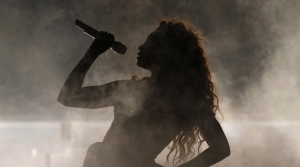 A Milwaukee based social worker is using urban music to destigmatize therapy and mental health in her community. We speak with the founder of Trap Therapy on mental wellness, and how group therapy mixed with music is helping people open up.