The town of Peshtigo is suing a Marinette manufacturer of firefighting foam and 100 other companies for costs and damages linked to PFAS contamination stemming from its fire training facility.

The lawsuit alleges Tyco and its predecessor Ansul Company knew of harms linked to PFAS since the 1970s, but continued to release firefighting foam that contained the chemicals at its facility. The town argues those discharges and Johnson Controls’ actions have led to extensive PFAS contamination of drinking water, surface water and other natural resources.

"This contamination imperils the public health, safety, and welfare, constitutes a public nuisance necessitating abatement, and undermines the Town’s ability to protect and conserve natural resources, including surface waters, groundwater, and soil," the complaint states. 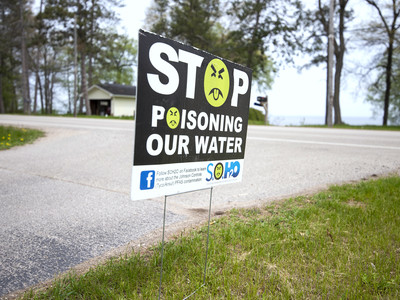 PFAS, or perfluoroalkyl and polyfluoroalkyl substances, were first invented in the 1930s, and the chemicals have been used by industry since the 1940s. Companies like Delaware-based DuPont and Minneapolis-based 3M manufactured products using PFAS chemicals, including the two most widely studied substances PFOA and PFOS. They've been called "forever chemicals" because they don’t break down easily in the environment. Numerous studies show PFAS have been linked to serious health issues, including kidney cancer, thyroid disease and fertility issues.

The lawsuit seeks all "past, present, and future costs" related to investigating, monitoring and restoring all PFAS-affected resources and properties in an amount to be decided by a jury at trial.

Due to widespread pollution, the town said it’s now in the process of creating a public water utility to provide safe drinking water to residents. The town, Tyco and the Wisconsin Department of Natural Resources began negotiations late last year to arrive at a permanent water solution for the town. Those discussions broke down, and the town and company have been at odds over a permanent source of safe water.

"(Tuesday’s) filing represents an important next step in protecting Town residents and in holding the polluters accountable," Cindy Boyle, the town’s chair said in a statement. "I am confident that the judicial process will help restore our town and begin to return to us what Tyco, JCI, and the other defendants have taken: our water, our safety, and ultimately our peace of mind."

In a statement, a Johnson Controls spokesperson said the lawsuit lacked merit, saying Tyco's first priority has been to provide safe drinking water to residents affected by the company's historic operations.

"Unfortunately, political leaders have some different agenda rather than listening to people, rolling up sleeves and solving problems. We look forward to the opportunity to show this in Court, while at the same time maintaining our steadfast commitment and focus on providing clean, safe drinking water to affected Town residents," Kathleen Cantillon, Johnson Controls spokesperson, said in a statement.

The town argues actions by Johnson Controls and Tyco prove otherwise. The complaint states sampling in 2013 near Tyco’s facility in Marinette showed PFOA levels in groundwater as high as 254,000 parts per trillion. That’s millions of times higher than health advisory levels set by federal environmental regulators this summer and thousands of times higher than the state’s recommended health standard of 20 parts per trillion.

Despite the discovery, the company waited four years before reporting the data to the DNR. Officials with Johnson Controls have said they believed the contamination didn’t extend beyond Tyco’s facility. The DNR referred Tyco and Johnson Controls to the Wisconsin Department of Justice in 2019 for failing to notify regulators of the release.

The DNR directed Tyco and Johnson Controls to begin investigating contamination in 2017. Since then, PFAS has been detected in 80 percent of 415 private wells sampled. The town maintains the extent of pollution is not yet known because the company has refused regulators demands to expand testing outside an area immediately surrounding its facility. Tyco has said it's not the source of pollution far beyond its training center. 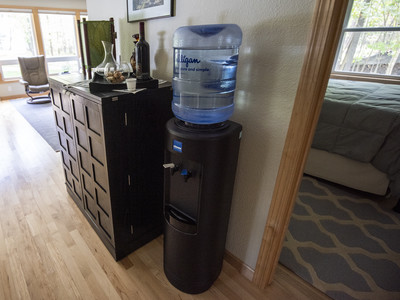 Last month, Tyco and Johnson Controls began operation of a groundwater extraction and treatment system that they claim will treat 95 percent of PFAS in the area. State environmental regulators have warned the system will reduce, but not eliminate, the so-called forever chemicals in groundwater and surface water over the next 30 years.

The companies have been providing around 173 households with bottled water and installed around 40 on-site treatment systems. In recent weeks, Tyco has proposed drilling deep drinking water wells as a replacement. The DNR has asked the company to give residents information about the risks deep wells pose with radium contamination, which Tyco has done. The agency recommends communities seek out a public water supply as an alternative source of water whenever possible.

This is not the first lawsuit filed against Tyco and Johnson Controls. Early last year, Peshtigo residents reached a $17.5 million settlement with Tyco, Chemguard and ChemDesign over PFAS exposure. In March, Wisconsin Attorney General Josh Kaul also filed a lawsuit against Tyco and Johnson Controls for violating the state's spills law. Tyco was also named in another lawsuit filed by Gov. Tony Evers’ administration in July against 18 chemical companies over their use of PFAS.

The chemicals have contaminated more than 100 sites across the state. PFAS has been found in public and private wells in communities like Wausau, Eau Claire, La Crosse and Madison.