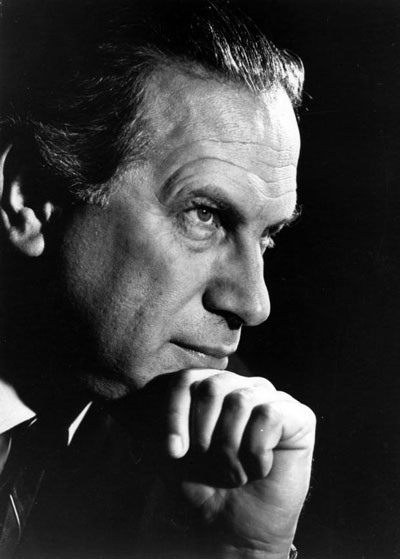 Too Much to Ask

Although Antal Dorati would become a world famous conductor, he was a ten-year-old pianist in 1916, when he first encountered his musical idol, and, thanks to his father’s excessive enthusiasm, the occasion called for a hasty retreat.

Dorati’s father was a violinist in the Budapest Philharmonic, and the boy grew up with a keen awareness of Hungarian classical music. The luminaries of the day were Zoltán Kodály, Leo Weiner, and–the giant of them all–Béla Bartók. Dorati and his father were on their way into the Franz Liszt Academy of Music when his father stopped to greet “a small, thin, gray-haired, clean-shaven gentleman.”

“Good day,” the man said in a whisper.

Young Antal was amazed. He had imagined the great Bartók as someone quite different, and yet he was not disappointed. He determined that his idol had to look that way–frail, small, and gray-haired, although he was only about thirty-five. The boy was struck by the composer’s eyes--“large, knowing, penetrating, transforming–the eyes of a prophet, just stepping out from the Bible.”

“Good day,” Bartók whispered to the boy. After a prompt from his father, the bashful Antal returned the greeting.

“That is your son?” the great composer asked.

As it was, the boy thought that his father was saying too much, but he didn’t stop there. “He always plays your pieces,” he added.

“Well, sometime he shall play for me, maybe?”

“Certainly, he will be honored to do so–won’t you, Toni?”

Dorati recalled that at that point he was already running up the stairs, “very scared, my ears red like two small traffic signs.”