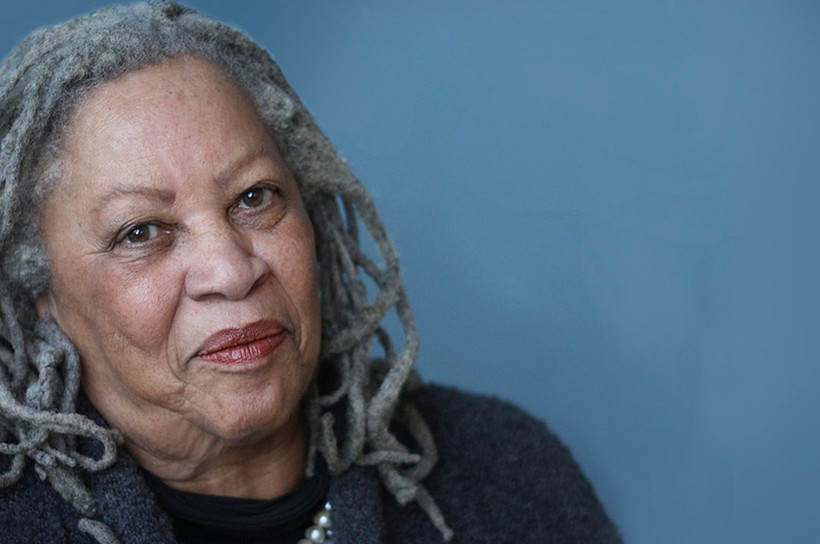 How The Celebrated Author Spoke To The Complexity Of The Black Experience
By Mark Riechers
Share:

Toni Morrison was a singular presence in American literature — a towering figure who probed and examined how ideas of whiteness and blackness shaped our culture. And she was an exacting novelist and critic.

"The kind of work I have always wanted to do requires me to learn how to maneuver ways to free up the language from its sometimes sinister, frequently lazy, almost always predictable employment of racially informed and determined chains."

Now, she has left a remarkable body of work — 11 novels and an assortment of plays, children's books and essay collections — that will be read for years to come.

Morrison, 88, died Monday at Montefiore Medical Center in New York, according to her publisher, Penguin Random House. Her family said she died following a short illness and was surrounded by loved ones.

Before publishing her own novels, Morrison worked for Random House as an editor, seeking to highlight the excellence of writing from emerging black voices of the 1960s and 1970s, including writer Angela Davis, boxer Muhammad Ali and the novelist Gayl Jones.

"I made it my business to collect African Americans who were vocal, either politically, or just writing wonderful fiction," she told NPR.

While elevating other voices, she also refined her own, publishing her first novel "The Bluest Eye" in 1970. By the mid-1970s, she had left her editing job to write full-time.

"I felt some very giddy, strange, almost scary thing — the fear of not having gainful employment," she told Steve Paulson on "To the Best of Our Knowledge. "It is a terror. But at the same time, there was this other excitement that was like nothing I'd ever known." 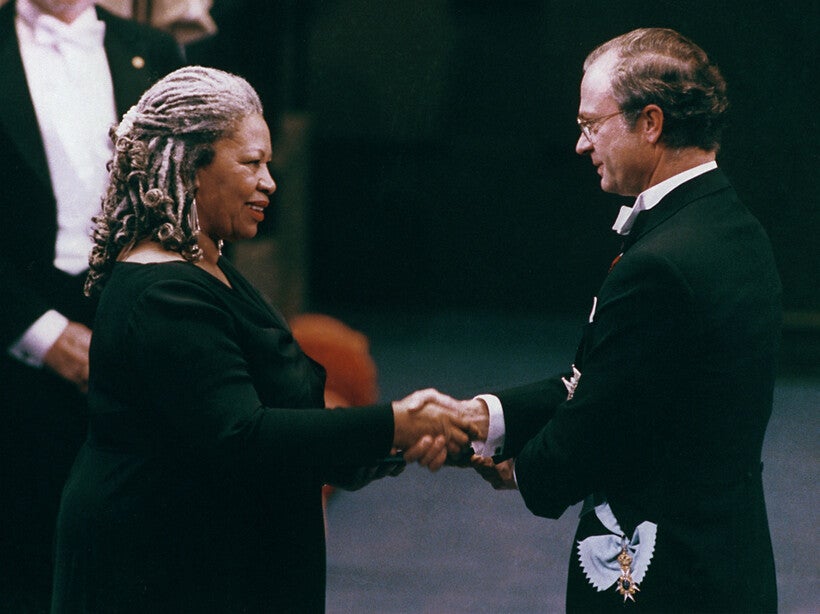 American writer Toni Morrison receives the Nobel Prize in literature from King Carl XVI Gustaf of Sweden, right, in the Concert Hall in Stockholm, Sweden, Friday, Dec. 10, 1993. Morrison, who was born in Lorain, Ohio in 1931 and teaches at Princeton University, N.J., is the first black woman to receive this prize. AP Photo

That fear and excitement propelled her through writing "Beloved," she said.

"Beloved" was a commercial and critical success.

New York Times book reviewer Michiko Kakutani wrote that the novel's scene of the mother killing her baby is ''so brutal and disturbing that it appears to warp time before and after into a single unwavering line of fate.''

The novel earned Morrison the Pulitzer Prize in 1988.

In 1993, the Nobel Prize for Literature was awarded to Morrison, "who in novels characterized by visionary force and poetic import, gives life to an essential aspect of American reality."

She was the first black woman to earn the award. But despite the enormity of her literary presence, Morrison — much like her prose — remained grounded to the everyday reality of ordinary people.

Paulson spoke to her when her eighth novel "Love" was published in 2003. In their conversation, she told Paulson the civil rights movement had the unintended consequence of magnifying class differences. 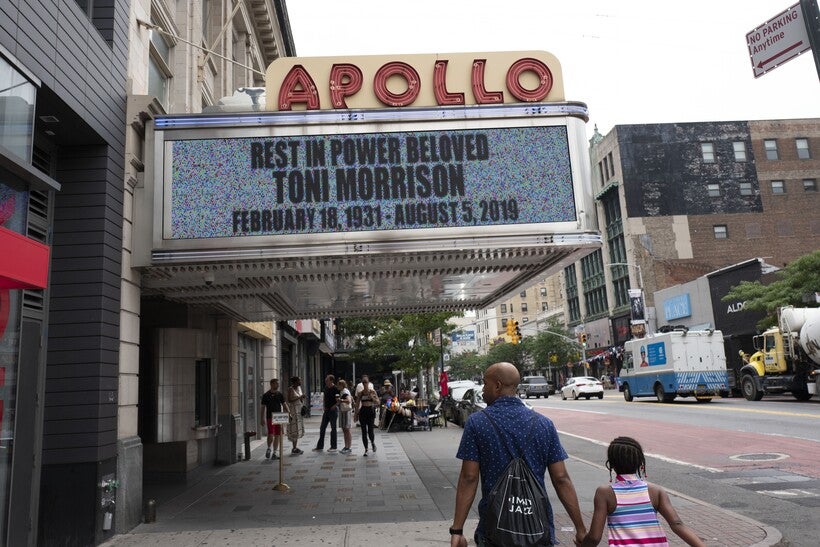 This transcript has been edited for clarity and length. It’s based on an interview that originally aired Dec. 7, 2003.

And it was interesting to me that one of the cries of the civil rights movement, toward its latter part, was black nationalism, which meant a kind of separatism. Support our own businesses, our own neighborhoods, etc. Which was precisely what the situation was prior to civil rights. All I'm saying is the progress of acquiring full citizenship has a cost.

Steve Paulson: I'm curious about your background and the role that it plays in your work. You grew up in Lorain, Ohio — I suppose you would call that the heartland of America.

TM: We used to. I think the heart moved in the last few decades.

SP: How much did that particular place shape your writing?

TM: Oh, a lot, I'm sure. It was a small town. It was a working class town. One library, one high school, etc. A very, very mixed town.

I never really knew — still don't — what it really means to live in an all-black neighborhood. We were just all poor. I never went to the black schools. I never participated in that particular kind of experience that seems to be — at least in the public mind — typical of African American existence. It wasn't for me.

And also the incidents of racism, to me, as a kid or as a teenager, were irrelevant. I just thought, 'This has nothing to do with me, and I'm not gonna spend a lot of energy on it.' It was not the all-consuming thing for me. But what was consuming were the relationships among us and how history or the society formed us. 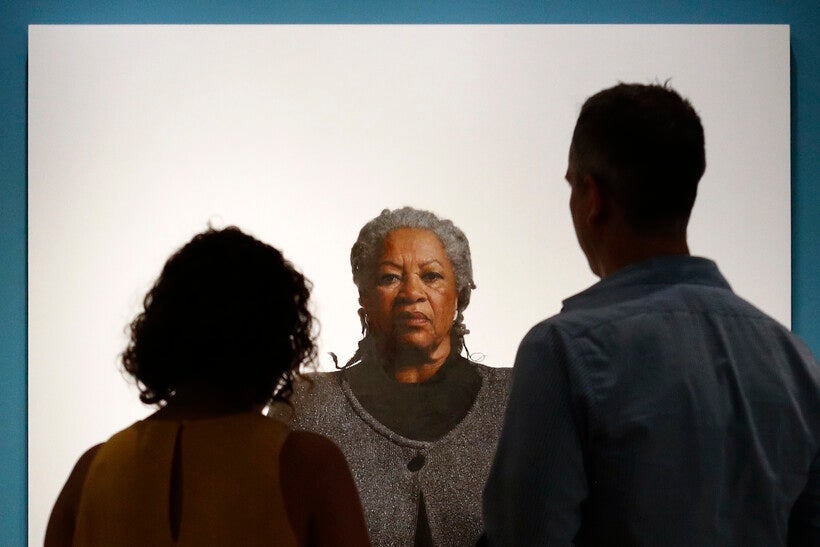 SP: Do you think you had different kinds of relationships growing up in that particular environment? Relatively integrated, but poor?

TM: Yeah I think so. I was stunned to see, for instance, the whole press toward busing. It had some logic but it seemed a little ridiculous to me, on the face of it, switching schools. I've been sitting in schools with white kids all my life. Some were brilliant, some were thugs. Nothing improved because of (busing). Nothing academic, I mean.

But what you get if you grow up that way, with other races — Mexicans were there, and East Europeans were there, and tons of Italians, and what we call Czechoslovakians — all those people were there. And you live with them in that town, on that street. They were right next door. So I didn't have any awe, racial awe. You just get rid of it at an early age. Then later on when you're an adult, you find out there's something else going on.

Moving to Washington and seeing signs in the buses that said "Colored Only" — for me, now, I don't want to make this too glib — but it was kind of a hoot. I would steal those signs. Just kind of little things we would take home and put on the bookcase.

Now mind you, for my parents there was nothing funny about it at all, because they were born in the turn-of-the-century South. Alabama and Georgia. And their whole lives were trying to protect themselves from evil or marauding or violent white people. Their's was different.

SP: The New Yorker recently did a profile of you, and one of the questions it posed was whether the label "black woman writer" is limiting. What do you make of that label?

TM: Oh, so boring, oh God. There is no parallel for this in the history of literature. You know, "male French writer;" is that limiting? No, I don't think it is. But I understood instantly that it was meant to be. Like "woman writer," I suppose, or "regional writer," or what have you.

So instead of pretending that the label had no force in the minds of readers, I decided very early on that I would not just accept it, but wear it. Force people to say "black woman writer" and then to see what the fallout would be. I don't want to be an honorary white man.

But that doesn't narrow the field. Not for me.

It's an interesting, rich terrain in which to work. If I tried to compare it with something that is probably more powerful in terms of culture, it would be like saying "black music." And what does that mean? Does that sound narrow? This is music that's all over the world. It is the distinguishing feature of American music.

SP: Before you started publishing novels, you worked as an editor at Random House, and you continued to work there early in your writing career. Did that experience of working as an editor help you as a writer?

TM: It helped me to know about the business of being a writer. That helped a lot. It quickly disabuses you of any romantic notions you have of publishing a book, and what's possible and what probably isn't. But it didn't influence the way I wrote. As a matter of fact, there were times when the balance was not always easy to keep in terms of time. So I would have to cut whole parts of the year off, and not write, so that I could do justice to the books I was editing.

SP: So at a certain point it must've felt very liberating to feel like you didn't have to keep that job anymore. You could just be a writer.

TM: It was enormously liberating, you know. What do you mean, I can actually not have a job? Which I don't think is true, by the way. I grew up in the Depression, and the first thing my father asked everyone was, "Where you workin'?" 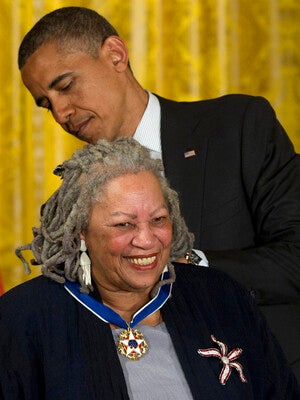 In this May 29, 2012 file photo President Barack Obama awards author Toni Morrison with a Medal of Freedom, during a ceremony in the East Room of the White House in Washington. Carolyn Kaster/AP Photo

So I thought having a job was the main thing, even though in my creative mind, it was obviously a secondary thing. But when someone said, "You're a writer," you start to live like one. And so I did. I left.

And then I felt some very giddy, strange, almost scary thing — the fear of not having gainful employment. It is a terror. But at the same time, there was this other excitement that was like nothing I'd ever known.

It was in that period that I began to write "Beloved." It came straight up out of this absence of the daily grind.

SP: That's interesting. So you couldn't have written that book if you were still working as an editor?

TM: I don't think so. Because it was a shock to the system. It was as though I could see things I had never seen before. And more importantly, I was available to see them.

Tiny thoughts that skitter across the mind or the imagination and are tossed away when you're distracted by a job that takes up a lot of your time. But under those circumstances, you can let something in. And when it coalesces into a tiny, tiny little idea, you have the time and the drift to let the imagination take root, flower, drop dead, bud, come back. That's what happened.

SP: Anyone who wins the Nobel Prize is anointed with special stature. You are no exception. I read one review of your book "Love," which started out by saying "novelist is too fragile a title for Toni Morrison. She's more like a continent, or at least a land mass. Solid, impregnable. A blunt fact." What do you make of comments like that?

TM: I'm absolutely repelled — repulsed — by that approach to my work. I'm thrilled that I won the Nobel Prize, and whatever goodies come out of that, I accept happily. But to talk about rank in terms of "icon" and "continent" is just an embarrassment to me — it's just another way to not talk about the book. It's nothing, another way for me to sort of dismiss it. I'm not at all complimented by that and I'm also not beguiled by it.