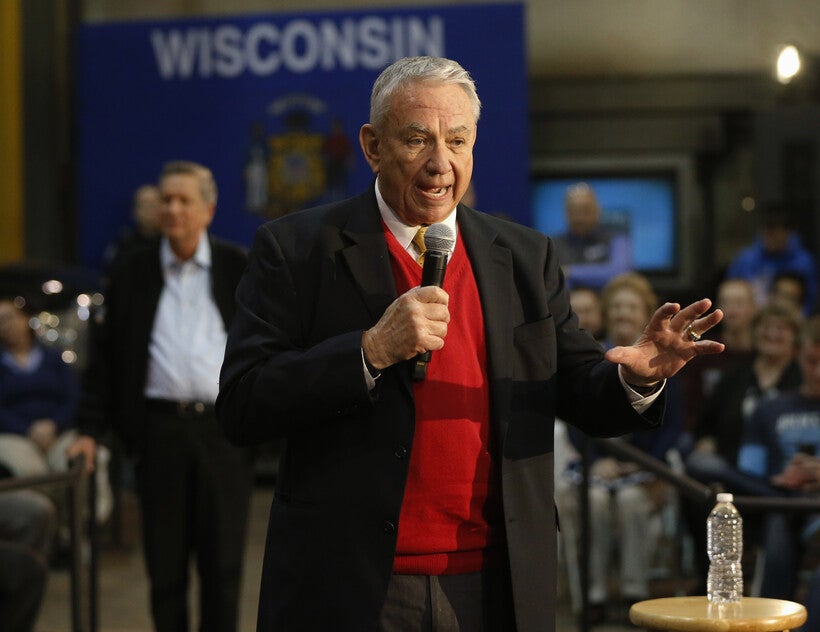 Thompson's decision to stay out of the race sidesteps what would have been a major shakeup for Republicans
By Rich Kremer and Shawn Johnson
Updated:
Monday, April 18, 2022, 5:30pm
Share:

Former Republican Gov. Tommy Thompson announced Monday he won't seek the GOP nomination for governor this year, avoiding a major shakeup for Wisconsin Republicans ahead of the November election.

Thompson, a giant of Wisconsin politics who was elected to four terms as governor beginning in 1986, had openly toyed with the idea of seeking a fifth term this year. While it was hardly the first time Thompson had mulled a return to politics, he considered it seriously enough that he reportedly visited former President Donald Trump to discuss the race.

In an interview with Wisconsin Public Radio, Thompson said his family made it clear they did not want him to run for office again, especially in a campaign that could be difficult.

"You have to have your family support you when you run for public office," Thompson said. "My family has just said enough is enough."

That's not to say Thompson felt the same way.

"I wanted to run," Thompson said. "I really think the state needs my type of leadership of building and bringing people together."

For Thompson, 80, this was not the first time he considered getting back into state politics, but those who know him said Thompson had given the latest return serious thought.

His biographer, Doug Moe, said the topic came up when he was at lunch with Thompson a couple of months ago.

"He was dismayed, I think, by the state of politics in Wisconsin — if not the country — in terms of how divided we are," Moe said. "And you know, he was a great one to work across the aisle. Not always, but often. And (he) felt that he might be in this perilous time the one person who could maybe do that again and reverse this course that we were on."

Moe stressed Thompson didn't ask his opinion about whether he should run for governor, but he said he was pleased to hear Thompson would not get into the race.

"It's ugly out there in politics right now," Moe said. "And just as a friend, I didn't much want to see him do it."

Thompson got his start in Wisconsin politics more than a half-century ago, winning a seat in the state Legislature representing Elroy in 1966.

Thompson was first elected governor in 1986 and left the office after former President George W. Bush tapped him to be secretary of the U.S. Department of Health and Human Services.

Thompson ran a short-lived campaign for president in 2007, officially ending his bid in early 2008.

Thompson seriously considered running for U.S. Senate in 2010 before announcing he would stay out of the race.

In his last statewide campaign for office, he emerged from a bruising four-way GOP primary for U.S. Senate in 2012 only to lose in the general election to Democratic U.S. Sen. Tammy Baldwin.

Most recently, Thompson made a return to the public eye by serving as president of the University of Wisconsin System.

Thompson said he'd evaluate the candidates but said he was not ready to endorse.

"I want to see what they're going to offer. I want to see who's the closest thing to being the builder that I want to be," Thompson said. "I will evaluate them and hopefully, maybe, we'll find one that is close enough for me to support and endorse."

The winner of the GOP primary will take on Democratic Gov. Tony Evers in November.