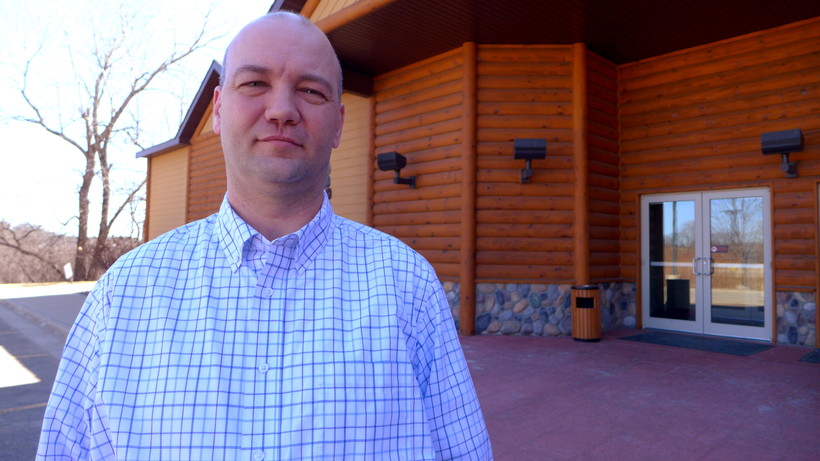 Tomah VA whistleblower Ryan Honl outside the Cranberry Country Lodge in March. He would later testify at a Congressional hearing on the Tomah VA at the resort.

A whistleblower at the Tomah Veterans Affairs Hospital has reached a settlement with the VA after he said coworkers retaliated against him for speaking out against fraud and prescription practices.

In the two months that Ryan Honl worked as a secretary in the Tomah VA’s mental health department, he issued four formal complaints. He discovered missing medical files, and took issue with how doctors' continuing education information was being reported. He said he was told to record absent staff as present. He also reported rumors that patients were being prescribed high levels of opiates.

VA reports did find that some high levels of opiates were being prescribed at the Tomah VA.

Honl eventually resigned after coworkers allegedly began retaliating against him, and has since become an outspoken critic of the Tomah VA.

As part of the settlement, the VA will be required to remove negative information from Honl's personnel file and reimburse Honl for legal fees. Honl said he feels vindicated, and that it had been important to him to have his name cleared.

"With all the things the VA did, all the way up to the Office of the Inspector General, to defame me, and going into my medical records and using that to call me crazy in a police report — all that stuff was in this settlement, basically acknowledging that I did the right thing, that all of that was wrong," he said.

He added: "The VA really drug me through the mud, and all I was doing was trying to raise some concerns over waste, fraud, and abuse."

The U.S. Office of Special Counsel facilitated the settlement between Honl and the VA. The OSC is the office that begins an investigation if a federal employee accuses other workers of retaliation because they blew the whistle on a situation. It looks at if there was a need to report a situation, if the whistleblower was retaliated against after filing a complaint, if the retaliator took action knowing an employee blew the whistle, and if the agency would have taken the same action against the employee if the whistle had not been blown.

Honl is one of three VA whistleblowers to receive a settlement this week, along with former VA employees in Philadelphia and Puerto Rico. OSC spokesman Nick Schwellenbach said the office has seen an influx in caseloads from the VA, partially because the VA is the first federal department to receive a certification that requires supervisors and new employees to be trained on whistleblower protection laws. He said whistleblower protections may be more visible in the VA compared to other federal agencies.

Said Honl: "My settlement is part of the bigger picture. And the more settlements that are out there, then the more safe it becomes for all government workers to blow the whistle, not just within the VA."

Even though he’s not looking for a new job anytime soon, Honl said the settlement would make it easier to apply for one. Meanwhile, he said he’ll continue to be an activist for veterans, fighting for change within the VA and speaking out against big government. He's started a blog since the issue in Tomah came to light.

A Tomah VA spokesman had no comment on the settlement.