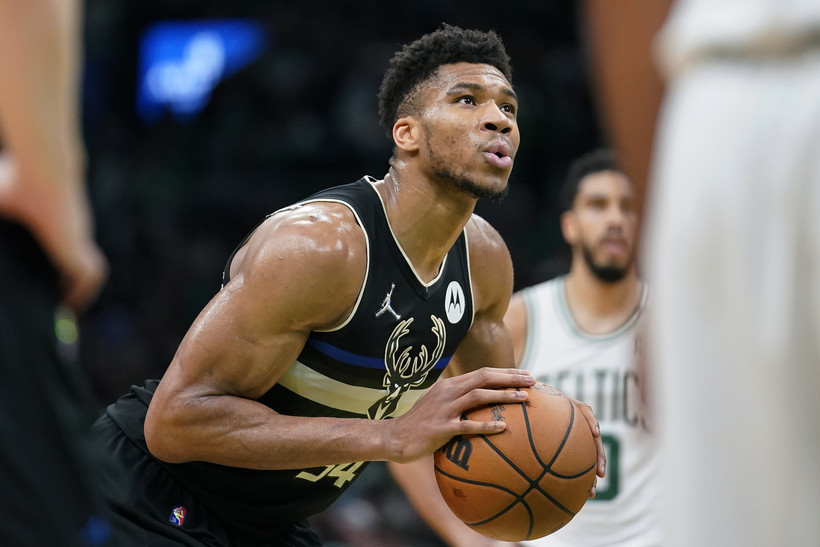 Milwaukee Bucks forward Giannis Antetokounmpo prepares for a free throw during the first half of Game 7 of an NBA basketball Eastern Conference semifinals playoff series against the Boston Celtics, Sunday, May 15, 2022, in Boston. Steven Senne/AP Photo

The Milwaukee Bucks and star Giannis Antetokounmpo wilted in Game 7 of their second-round playoff series and saw their hopes of repeat NBA championships come to an end.

The Boston Celtics won 109-81 to advance to the Eastern Conference finals against the Miami Heat.

Antetokounmpo scored 25 points with 20 rebounds and nine assists, but he tired playing 43 of the game's first 46 minutes and missed several close-in shots he usually makes.

Jrue Holiday scored 21 points and Brook Lopez had 15 points and 10 rebounds for the defending NBA champions.

Not the result we wanted but an incredible season nonetheless.