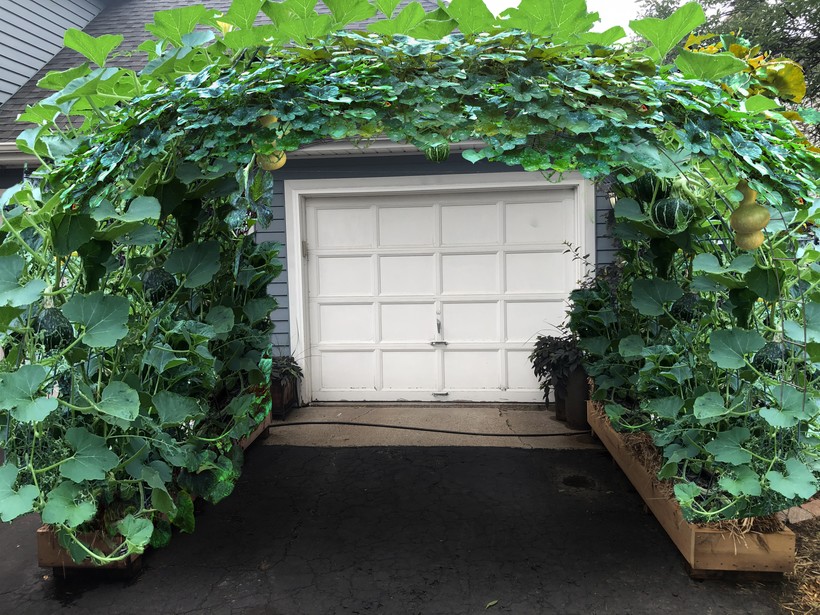 If you’ve always wanted to be a gardener but don’t know where to begin or don’t have the space or good soil to do so, avid gardener and author Joel Karsten has a method that may be perfect for you: straw bale gardening. 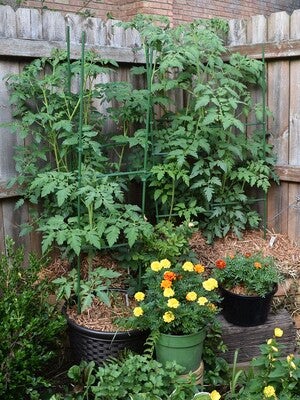 With no hoeing or digging, few weeds and fewer issues with soil-borne insects and diseases, straw bale gardening is a good option for beginner gardeners. And it’s almost exactly what it sounds like, Karsten said, but not quite.

Straw bale gardening is similar to raised bed and container gardening, but you don’t need to buy potting mix, tools or build a container — it all comes with the straw bale.

Karsten shares helpful tips to getting started with a straw bale garden:

To begin, you need moisture and nutrients for the bale to start decomposing and to create the right atmosphere for plant growth, Karsten said. Because straw is high in carbon, it’s important to add nitrogen to encourage the necessary bacterial growth — Karsten recommends adding blood meal to the bales.

Add the blood meal or fertilizer to the top of the bale (cut side on top) by poking holes with the handle of your shovel, and then water. While the bale is decomposing, it will get very warm inside, but wait until it cools down before planting. If it’s below 100 degrees Fahrenheit and doesn’t feel hot to the touch, it’s ready for planting.

"Bacteria is the heavy lifter that grows inside the bale. We foster that growth by the conditioning process, and very quickly that bacteria begins to metabolize the straw and break the straw back down into the nutrients that created the straw," he said.

"Once we have nutrients inside that bale, it's biologically similar to early stage soil," Karsten continued.

Overwatering is the number one mistake new straw bale gardeners make, Karsten said. It’s less intuitive than soil gardening, when you can see puddles begin to form if you’ve overdone it.

"In the straw bale, the water runs down through the bales," he said. "If you overwater, what that'll do is it leaches through the bale and it'll carry with it any soluble nutrients."

Karsten recommends 1 gallon of water for each bale.

"Many people will say, 'I water my garden for an hour a day and it doesn't look good.' And I'll say that's because you're (using) cold water, you're washing all the bacteria and all the new soil that's forming inside ... out of the bale," he said. "You've got to slow down or stop that watering and you'll see your garden recover very quickly."

When you bring a tomato, for example, home from the store, it looks pretty small — and is tempting to put two or three of them in a bale. But by the time that tomato plant matures, it could be 8-feet tall and 8-feet wide and its root system is competing with the other plants for moisture.

"And you end up with the same number of tomatoes as if you just put one in that bale anyway," Karsten said. "You certainly can plant more than one thing in a bale, but you have to avoid putting two crops that use the same space ... where you could put carrots on that same bale, but you can't put two tomatoes." 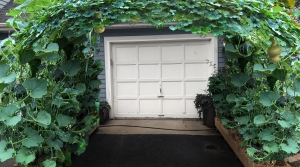