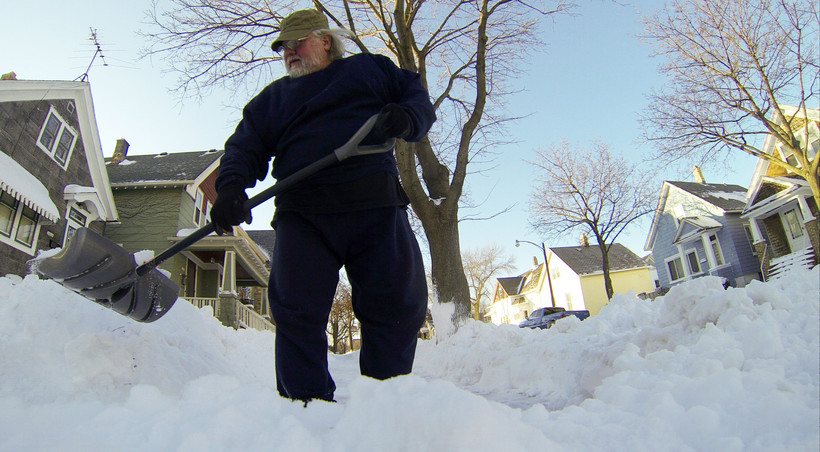 Tips On How To Shovel Snow Safely And Avoid Injury

Lori Thein Brody's father had a rhythm each winter.

During the first few snowfalls, he would push the snow well past the driveway — at least 3 or 4 feet. That made sure he wouldn't have to lift new snow up and over large, established piles as winter wore on.

Brody, a physical therapist and athletic trainer at the UW Health Spine Physical Therapy Clinic, hates to admit it, but the extra work pays off.

As winter asserts its dominance with a new cover of white over major portions of Wisconsin, Brody and Jill Thein-Nissenbaum offer tips about how to stay safe while shoveling. Thein-Nissenbaum is an associate professor in the University of Wisconsin-Madison Doctor of Physical Therapy Program.

Tip No. 1, they say, is to be careful. Even a dusting of snow is deceiving because of what might have fallen before the snow. If it was rain or sleet, chances are the ground is slippery underneath that light cover.

If you can, hire a teenager. For one, it helps support the economy. And secondly, it's a much easier burden to share if it's possible to get multiple kids divvying up the work.

If that's not an option, though, try to take your time shoveling by taking breaks in between, instead of doing it all at once.

"Do it in smaller bits," Brody said. "Don't try to attack the entire thing at once."

If it's just a dry dusting, try using your leaf blower. Be careful though, because this method can make the ground a bit slick.

If it's heavier than that, don't wait until all the snow falls. It's better to do a lighter load a few times than waiting until the 9 inches of snow clogs up your driveway.

When the snowplow passes and lays boulders at the end of your driveway, don't wait to do it after the rest of the driveway is clear, Thein-Nissenbaum said. If you've already been shoveling for a while, take a break before tackling that pile.

If you do happen to hurt your back while shoveling snow, Thein-Nissenbaum and Brody advise against bed rest. Although it used to be recommended, that's no longer the case. Instead, modify your movements. In the early stages, ice the injured area. Then begin with slow, easy and gradual movements.

"The key is modification," Brody added. "You don't want to underload it, and you don't want to overload it. And that sweet spot of just the right amount of loading is going to be a little bit different for everybody."

If you've had success with an over-the-counter medication to treat pain, you can try that, too.

Tennis elbow — or a probably more fitting shoveler's elbow — can develop from gripping the shovel hard and extending the wrists. Avoid this by taking frequent breaks and making sure that you have gloves with a grip as opposed to slippery ones that might encourage you to keep a tighter grip.

You could also try wrist splints if you begin to chronically feel more pain there. 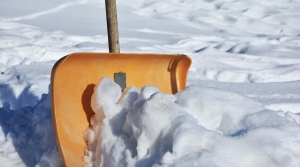 Does just looking at the snow shovel make your back ache? We talk about why shoveling can hurt your back and how to minimize injuries.