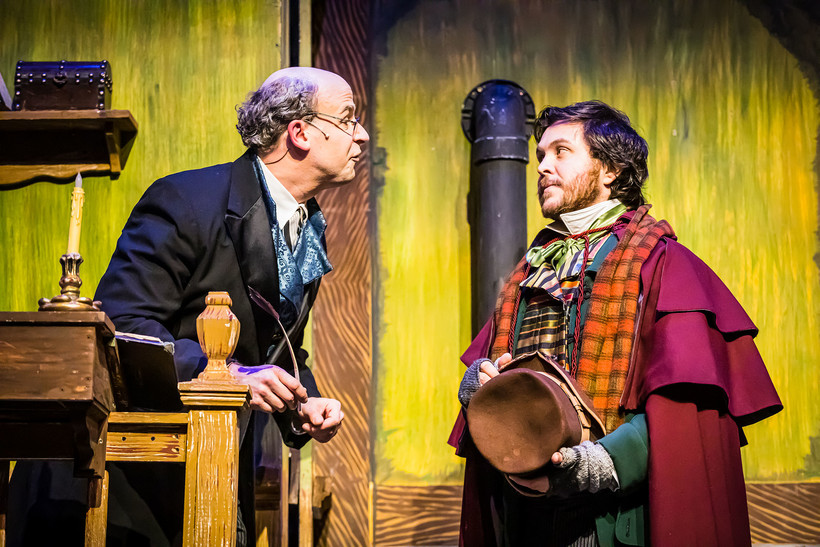 D. Eric Woolweber, left, plays Ebenezer Scrooge from the production this month of "A Christmas Carol" for the Falls Patio Players group in Menomonee Falls with Simon McGhee. Woolweber played in the role of Tiny Tim in the show's first annual production in 1995. Photo by Audra Dutler of Audra Christine Photography and courtesy the Falls Patio Players

From Tiny Tim to Scrooge: Wisconsin actor reflects on performing 'A Christmas Carol' over nearly 30 years

D. Eric Woolweber vividly remembers the first time he performed in "A Christmas Carol." He was 9 years old, cast as the character Tiny Tim and struggling to be heard.

At one of his first rehearsals, he stood on a table in the lobby of North Middle School in Menomonee Falls, and about 100 yards away, director Jack Strawbridge shouted, "I can’t hear you! Sing a little louder."

"(I) had a really great trial by fire and had phenomenal mentors and relationships that really made this a pivotal part of my life," Woolweber said recently on Wisconsin Public Radio’s "Central Time."

Twenty-seven years later, Woolweber is 36, teaching theater at St. Augustine Preparatory Academy in South Milwaukee and still performing in "A Christmas Carol." But this year, he played Ebenezer Scrooge in the annual production by the Falls Patio Players. 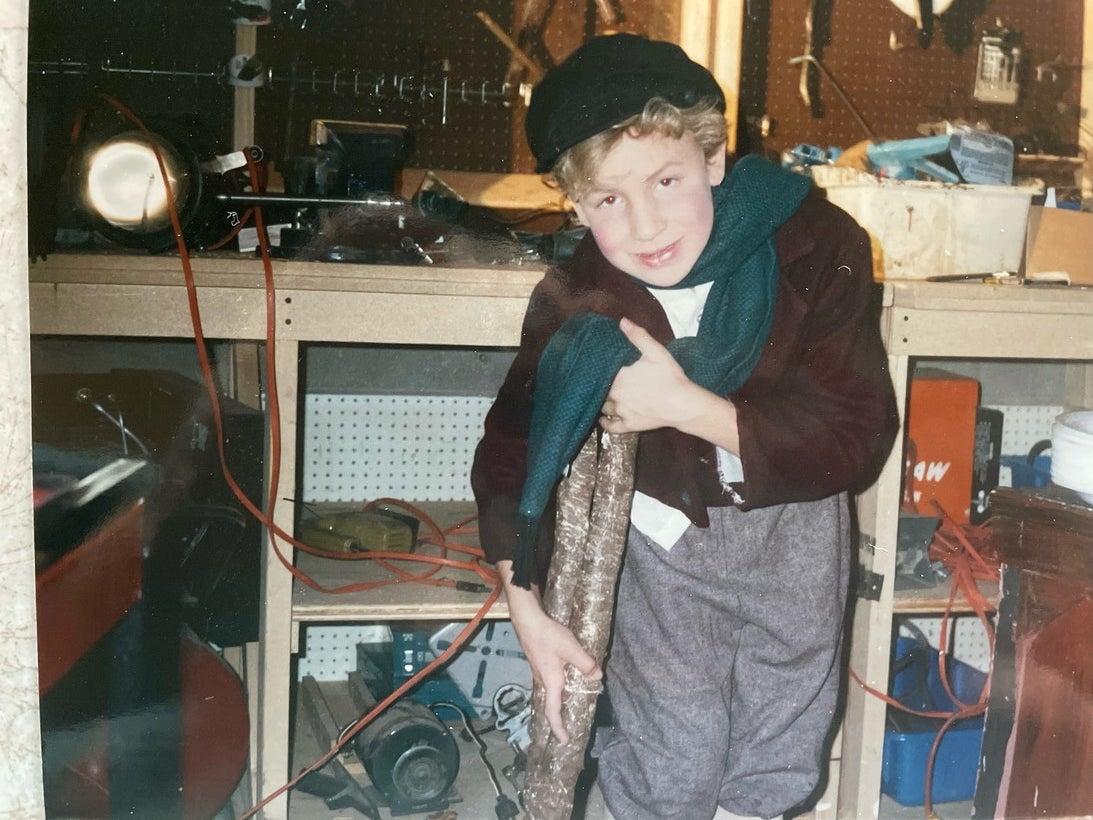 From Tiny Tim in 1995 to Scrooge in 2022, Woolweber has played seven different characters over 10 productions with the Falls Patio Players. He said he might be a little young to play Scrooge, but on stage he was able to look much older.

"We definitely do age me up quite a bit," he said. "There's a lot to be said for the physicality, but also my own personal experiences where I'm at in my life. Having grown up on that stage, knowing the story, I can hit different points and different things that I know connect to this audience."

When Woolweber played Tiny Tim in 1995, the performance marked the first production of "A Christmas Carol" by the Menomonee Falls group. The show has reappeared annually around the holidays nearly every year since. In 2020, the first year of the COVID-19 pandemic, the show pivoted to a radio-style production.

While Woolweber has been involved in the production 10 times, he said others have been part of the community performance for 20 of the 27 years. Melissa Bloch-Meier was the group’s choreographer about 15 years ago. She is now its artistic director. 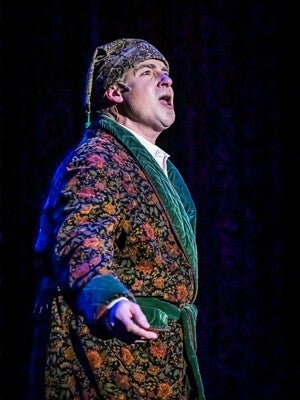 "That helps to bring people up like (Woolweber), like myself," she said on "Central Time." "We are confident. We are good members to our community. We enjoy working with lots of different people."

Woolweber’s whole family performed in the 1995 show, leading them to joke that they were the von Woolwebers — a nod to the von Trapp family from "The Sound of Music." Woolweber recalls fondly singing one song with his dad, who was cast as the Ghost of Christmas Present.

Woolweber said the themes around Tiny Tim — gratitude, striving to be your best, staying thoughtful — helped shape his own life. He also said performing with familiar cast members each year has allowed him to reflect on his growth and to see characters differently as he accrued new life experiences.

"We have this music and this story in our bones and in our blood," he said. 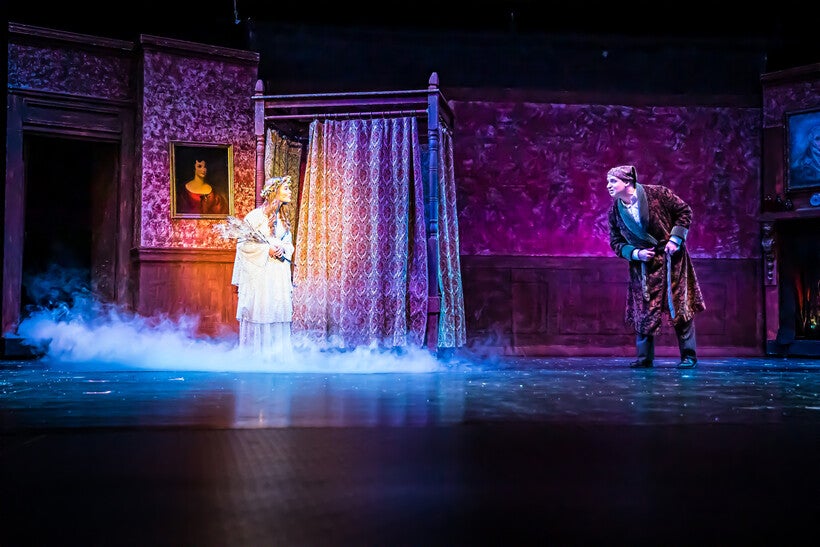 Performing as Tiny Tim propelled Woolweber to a career in theater and later to returning as Scrooge, which he said is an honor. Two of his favorite portrayals of the character are by Albert Finney in the 1970 film "Scrooge" and Michael Caine in the 1992 movie "The Muppet Christmas Carol."

He said the production by the Falls Patio Players is a testament to the passion the performers have for theater because volunteers put on these shows.

"Great community theater, I think, starts with the community," he said. "When you have a strong community that is the backbone of your production, that really comes through in the storytelling and transcends the footlights and reaches into the hearts of the people who come see the show." 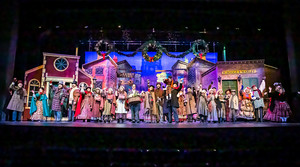 The Falls Patio Players is putting on the show, "A Christmas Carol" this weekend. Although the show has been performed annually with the theater production since 1989, this year will be a little different as Patio Players remembers one of its longest-serving members. Two members of the show join...