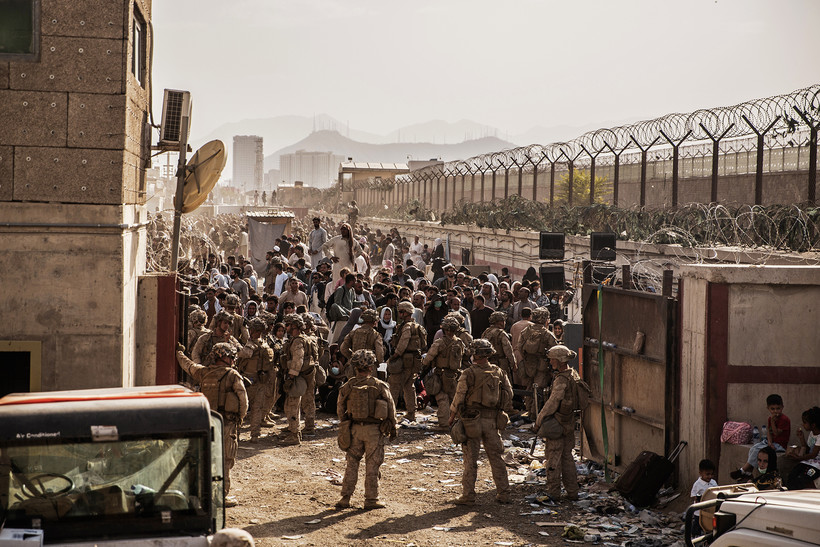 'They Deserve To Be Saved': Former Interpreter Says His Family Was Left Behind In US Withdrawal From Afghanistan

The Madison-Area Resident Says His Parents, Siblings Received Approval For Evacuation But Couldn't Make It Through Crowds At The Airport In Kabul
By Hope Kirwan
Share:

A day after the last U.S. aircraft left Afghanistan, a former interpreter for the U.S. Marine Corps living in Wisconsin says he is shocked and disappointed that his family was left behind.

The Fitchburg resident was nicknamed "Johnny 5" by the soldiers he worked with between 2010 and 2013. He didn’t want to use his real name in this story in order to protect his parents and siblings who are still in Afghanistan.

Johnny worked as an interpreter for the Marines for three years before he received a special immigrant visa to come to the United States, arriving in Wisconsin in 2014. After speaking with Johnny, WPR verified his service through a recommendation letter from a U.S. Marines officer.

Johnny said he had started receiving threats from the Taliban by text message and phone, but his family felt safe remaining in Afghanistan.

"They’re like, 'We’re fine here. You’re the only one who is under threat and everything. So we will just live here and everything will be fine.' But now they’re under threat, so of course they all want to come here," Johnny said. 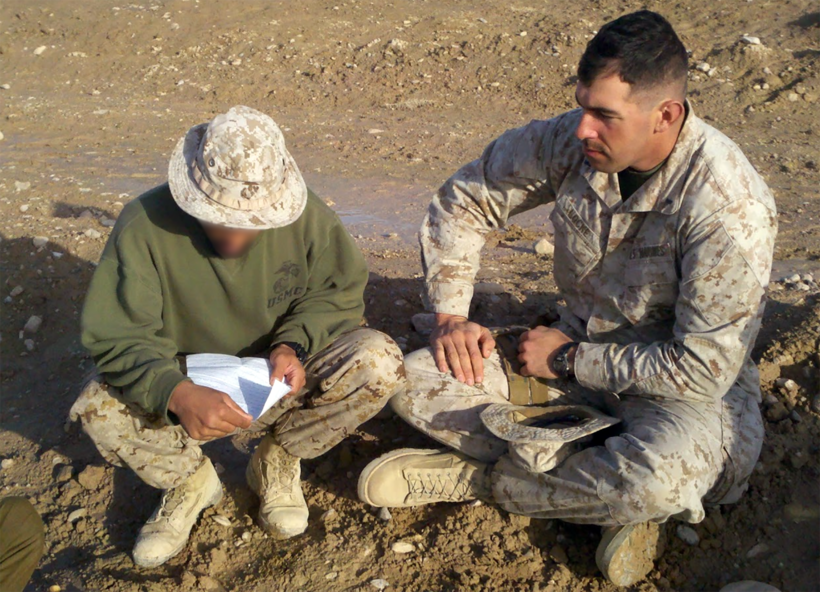 A former interpreter for the U.S. Marines Corps in Afghanistan, nicknamed "Johnny 5" by the soldiers he worked with, says his family received approval from the U.S. State Department to be evacuated. But his parents and younger siblings were not able to make it into the airport before American troops left Afghanistan. Photo courtesy of "Johnny 5"

After the Afghan government’s collapse earlier this month, Johnny said he and his brother, who worked as an interpreter for the U.S. Army and was still living in Afghanistan, applied for a family visa online through a special link from the U.S. Department of State.

He said they received the visa and a special electronic pass to enter the airport the next day. But his parents and younger siblings could not fight through the thousands of people who had already swarmed the airport in Kabul.

"My mom and my little sisters, they’re little kids and they cannot go through the crowd. They are crying all the time," Johnny said. "It's really hot, 80, 90 degrees, and you’re just sitting in the sun all day. No water, no food, nothing, and just trying to get through the gate and nobody cares."

He said his family tried to get into the airport every day for more than week. On their second trip, they were stopped at a Taliban checkpoint, where their passports and other documents were ripped and thrown in the trash.

Johnny said his brother was able to push through the crowds and make it on a plane to Qatar. He said his brother has sporadic access to Wi-Fi and has told him that some people he’s met were evacuated without any kind of documentation.

"I want everybody to be safe but in the meantime, people who did work and who deserve to be evacuated, who are under serious threat ... they’re the ones who should be prioritized," Johnny said. "This whole process was not a good process, let's put it that way. There was no clear message for people."

Johnny said he thinks the U.S. government could have done a better job in making sure that their allies were evacuated before pulling troops from the country.

He said he has little hope that his family will be evacuated now that the last aircraft is gone.

Johnny said his parents have experienced living under the Taliban’s control before. He said their home was burned down by the armed Islamist group when they took control of the country in 1996. But he is afraid for his youngest sisters, who have never lived under Taliban control.

He wants people in the U.S. to know that the evacuation efforts were not complete. He knows of other military interpreters who also never made it out.