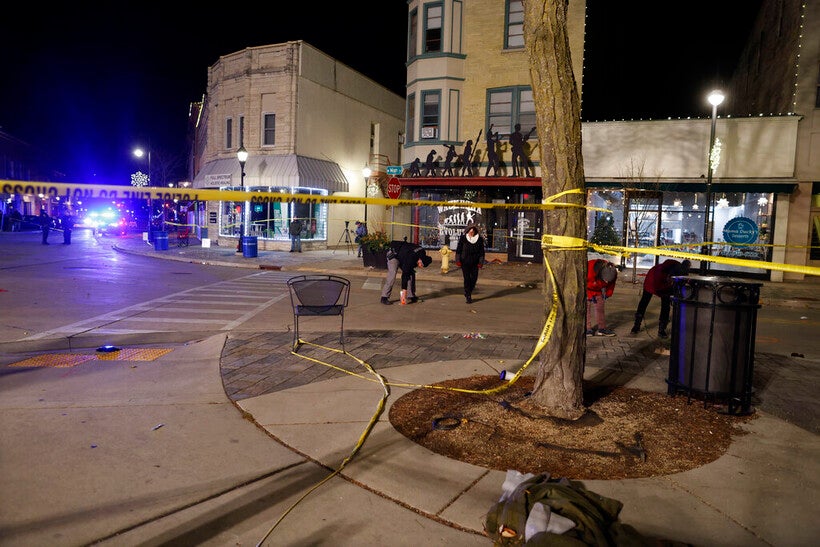 'There are no excuses': Milwaukee DA Chisholm points to human error leading to tragedy in bail setting

For the first time, Milwaukee County District Attorney John Chisholm addressed why Darrell Brooks Jr. was out on bail the night he drove his SUV through the Waukesha Christmas Parade, striking and killing six people and injuring dozens of others.

"Like all members of our community, I am angry, I am frustrated, and I'm extraordinarily saddened by the circumstances that have impacted so many people, yes in Waukesha but also here in Milwaukee County," Chisholm told the County Board's Judiciary, Safety and General Services Committee. "I want to make it clear that there are explanations for what happened. There are no excuses."

On Nov. 2, Brooks was arrested after allegedly punching a woman in the face and striking her with his car. Chisholm’s office set the bail recommendation for Brooks at $1,000, which Brooks paid Nov.11.

Just 10 days later, on Nov. 21, Brooks drove through the Christmas parade in Waukesha, killing six people and wounding more than 60. He has been charged with six counts of intentional homicide.

Police say Brooks used his vehicle "to strike and hurt as many people as possible."

Cash bond has been set at $5 million. Chisholm has said the office’s original bail recommendation earlier in November for Brooks was set "inappropriately low" for such a violent alleged crime, and that his office would launch an internal review in order to determine next steps.

On Thursday afternoon, Chisholm said the $1,000 bail recommendation was not consistent with his office’s approach involving violent crime or with the risk assessment system for assessing criminals.

Chisholm described the young, overworked assistant district attorney who was working on a jury trial and assigned two dozen felony-level trials to review when she was assigned the Brooks case in November.

Chisholm said she didn't have access to Brooks' public safety assessment because it wasn't in the computer. She saw the previous $500 bail and doubled it.

"That's it. It's human error, and it set in motion a chain of events that is human tragedy," Chisholm said.

Brooks was awaiting trial on domestic violence charges when he was let out on bail.

"We are consistently just trying to be in recovery mode just in terms of the volume of cases," Triggiano told the committee.

In a joint statement, Milwaukee County Board supervisors Patti Logsdon and Shawn Rolland said the mistake made by Chisholm’s office led to horror and hardship for many families across the region.

"We are deeply concerned about the impact that this event has had on our neighbors, on children, on people’s trust in the criminal justice system, and on people’s sense of safety overall," the statement said.

When asked about the situation at a press conference Thursday, Gov. Tony Evers said he’s working with Chisholm’s office to investigate what happened.

"I caution people not to jump to conclusions, but there is one conclusion that is obvious: that (Brooks) should not have been out," Evers said. "But we are looking forward to the conclusion to the investigation."

Woods said Brooks has struggled with mental health since he was young and when he became an adult, he no longer had health insurance or the financial means to continue with counseling or medication.

"Instead of offering help and resources to combat the problem, a jail cell was given. Over and over again," the letter said. "We are not making excuses, but we believe what has happened is because he was not given the help and resources he needed. Institutions that are equipped and have trained staff is what was needed, as well as resources in the communities where people who suffer with mental illness live."

Brooks has done one interview since he was arrested. Speaking to Fox News, he said he feels "dehumanized" and was surprised he hasn’t had any visitors to the Waukesha County Jail.