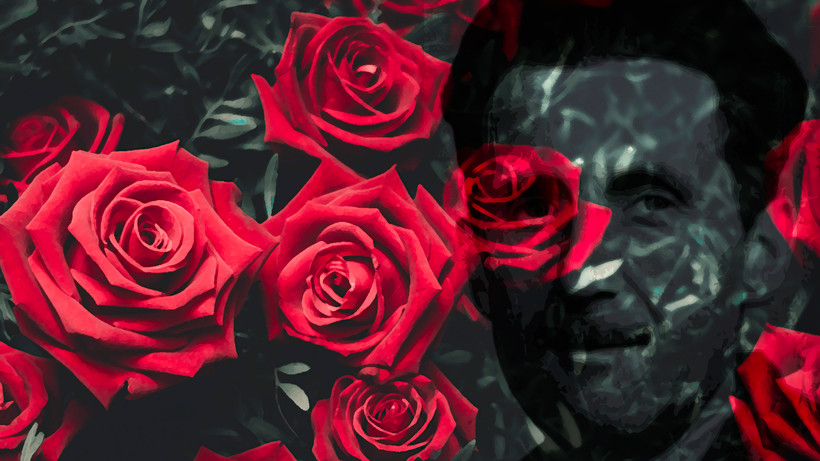 Photo illustration by Mark Riechers. Original images by Biel Morro and the Branch of the National Union of Journalists (CC-0)

Tending a war-time garden: What George Orwell’s fascination with roses tells us about the human need for beauty in the darkest hours

When you think of George Orwell — most famous for his political novel "Nineteen Eighty-Four" — you might imagine a revolutionary, a figure of anti-fascism, freedom and resistance. But in the book "Orwell’s Roses," author Rebecca Solnit shows us another aspect of the writer — Orwell the gardener, a lover of flowers and trees, who is deeply connected to the land around him.

Solnit sees Orwell as a mirror to the rest of us. We may live in a time of divisiveness and even war, but we need to co-mingle our intellectual pursuits with connections to beauty in the natural world. It is, in its own way, a rebellion through acts of everyday life.

Anne Strainchamps: Rebecca, this book had me at the very first sentence — "In the spring of 1936, a writer planted roses." I mean, 1936, this famously dark time. Fascism is on the rise across Europe. Hitler, Mussolini and Franco are in power. And against that backdrop, this note of beauty. And then you tell us the writer was George Orwell. Why did that strike you so?

Rebecca Solnit: I thought I knew George Orwell's work well. But I didn't know the man at all.

There's an ambient image of Orwell as this kind of stern, austere, pessimistic guy, prophet of doom — properly joyless and strenuous. But I never really thought what it was that this great anti-fascist voice against totalitarianism had planted and tended and cultivated and loved roses. It opened up so many wonderful and interesting questions about pleasure and beauty and political commitment about the small and the large, the private and the public.

AS: Tell me about that day that you went to track down Orwell's fruit trees, the ones that he wrote about, and his roses.

RS: It really began in the summer of 2017 ... on a book tour that November, on my way from London to Cambridge, I arranged for a taxi to meet me and take me the 3 miles from the little train station called Baldock on the way to Cambridge from London and take me out to the cottage.

It was quite magical in a rural kind of way because the taxi driver not only knew exactly where I was going, but he knew who I was going to.

That November day, these two big, scraggly rose bushes were actually in bloom. They were a pale pink and one yellowish at the base. And a lot of the flowers were buds. They were fragrant. They were deeply scraggly and thorny — as roses often are — and just really tenacious.

AS: Not unlike George Orwell himself. So, 1936. What was going on in his life at the time?

RS: He went in February to the industrial districts to visit the coal miners, the unemployed, to see how they lived, and was really kind of shocked by it as a middle class southern Englishman who had not really encountered that kind of poverty. And then at the end of the year, he went to (fight in and document) the Spanish Civil War, which alerted him to the dangers not only of fascism but also of totalitarianism and the Soviet Union, which was corrupting the loyalist side of that war and defeating it in a lot of ways. And in between, he planted this garden.

Those three things together are really kind of remarkable, that he felt the need and the desire to do this pleasurable local hands-on garden thing in the midst of these two great epic political visits that made him the mature Orwell, the great writer.

AS: He wasn't just somebody who planted the odd rosebush and a few fruit trees from what you discovered. It seems like he was a really kind of obsessed gardener.

RS: He absolutely loved gardening and said in a questionnaire he was sent in 1940 that after writing, the thing he was most passionate about was gardening, particularly vegetable gardening. He was raising chickens and selling their eggs — as many as 100 eggs a week. He eventually had a couple of goats he milked religiously twice a day. And it's also very funny, he goes off to the Spanish Civil War and writes a long, instructive letter on how to properly milk his goats (while he was away).

AS: This is Orwell, the back-to-the-lander?

RS: Yeah, the DIY Orwell, the back-to-the-lander, the Orwell, who for me so much resembles Henry David Thoreau, also a passionate gardener, a great grower of melons and beans. Thoreau died of tuberculosis at 45 and was the great American political essayist of the 19th century. Orwell died of tuberculosis at 46 (and became) the great British political essayist of the 20th century. The connection to Thoreau was screamingly obvious once I noticed it.

AS: And so I'm interested, not just in what we got wrong about Orwell, but why.

As I was reading, I was thinking personally, as the pandemic has worn on, I’ve found myself craving beauty more and more as a kind of respite from the news, because the world that I see reflected in the daily headlines is just all toxic anger and anxiety. It's the pandemic and the trashing of the climate and threats to democracy. But in the face of that, cultivating a rose garden seems like a selfish kind of pleasure. What I liked so much about this book is that you're making the case that it might also be an act of resistance.

RS: One of the things I know very well from growing up more or less around the left is the sense that everybody should be 24/7 about the big, important things and that everything else you do can be treated as trivial, irrelevant, self-indulgent, superfluous, etc. And Orwell felt like the perfect case study because nobody calls Orwell a lightweight or a dilettante or self-indulgent. While he was dying, he wrote one of the most important books of the 20th century. He was a great anti-fascist who went and fought in the trenches against fascism. He stood up for his beliefs with incredible courage, and he loved flowers and birds and roses and rural and domestic life.

And so I do think Orwell, without using the term self-care, understood that you have to be sustainable in some way.

I have been around activists all my adult life. I've seen people burn out, become embittered, spend so much time obsessing about what they're against that they somehow come to mirror it or be polluted by it. And I think Orwell never forgot what he was for. And you can see it in "Nineteen Eighty-Four," in his essays and how he lived his life. 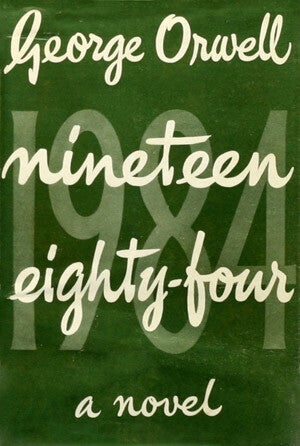 AS: How do you see it in "Nineteen Eighty-Four?" Because I think that is such a grim forecasting of totalitarianism.

RS: Oh my God. One of the wonders of writing this book is re-reading "Nineteen Eighty-Four." I've been reading that book since I was a teenager, and I, too, thought I knew it well, and I was shocked by what a completely different novel it was, not only from what I had always read it as, but what almost all of us had.

How does Winston Smith resist the totalitarian state that he's in? The very first thing that happens in the book, he takes out a beautiful old blank book he’s bought. He luxuriates in the creaminess of the paper, the pleasure of taking an old ink pen and dipping it in and writing by hand. And he knows as soon as he started this diary that he's essentially doomed himself, that he's going to die for this, but he does it anyway.

Then the rest of the novel, he's not really going to overthrow Big Brother. He tries at one point to join the resistance. It turns out to be a trap. But mostly he takes pleasure in everyday things. He has a passionate love affair. He goes to the golden country that he's dreamed about to consummate this romance.

AS: Sounds like the whole book is just suffused with beauty.

RS: That was what shocked me. The resistance is beauty and pleasure and the life of the senses. And there's actually a very powerful intellectual argument.

Orwell says that the final command of Big Brother was "the party told you to reject the evidence of your eyes and ears. It was their final most essential command," and I found that fascinating because it felt very much also, of course, like the Trump era. Believe the authorities, don't believe your own senses, don't believe the historical record.

And this is something that I really learned from this research, that the person who's able to resist authoritarianism — to resist becoming a believer in cults and conspiracy theories — is somebody who thinks for herself or himself, for themself. Somebody who trusts evidence. Somebody who's grounded in history and science, but also just in everyday life. And so that's the form of Winston's rebellion.

AS: Orwell wanted to turn political writing into an art, right? He wrote to expose lies. But for him, that was also an aesthetic project, and it is for you too. I feel like that's at the heart of most of your writing.

RS: I think there's a bunch of different pieces there, one of which is the beauty that we may go to for refuge and sort of reinforcement in between, taking on the things we oppose. I found Orwell's life exemplary in its commitment, but also exemplary in, how do you take care of yourself and sustain yourself while also being somebody who is willing to take unpopular stands and, as he said, face unpleasant facts?

AS: And so what does that mean for you in your own practice?

RS: I go to the beach very regularly. I tend a garden. I have exactly the same tea on the same tray every morning. Domestic life and domestic routines and friendships and family and the people close to me. I think those are the very ordinary things that most of us draw some sort of sustenance and pleasure from — the roses for a lot of us.

There's a wonderful poem (Orwell) wrote about a soldier he saw at the beginning of the Spanish Civil War and never forgot. And he wrote: "But the thing that I saw on your face, no power can disinherit. No bomb that ever burst shatters the crystal spirit." And the crystal spirit was this deep integrity, this commitment, this idealism, this heroism.

And I see that in a lot of people around me and a lot of movements. Being around those people has sustained me so much. ... All that altruism and care about the future, about the vulnerable, about refugees, about immigrants, about the most marginal.