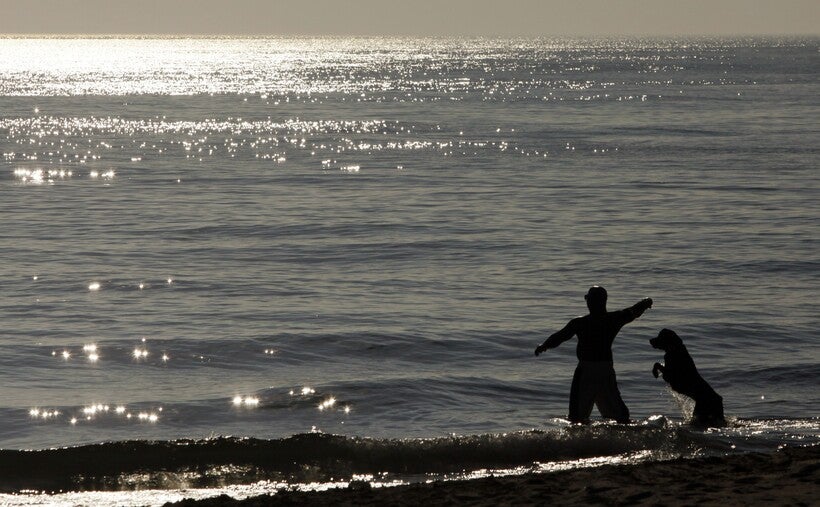 A man takes an early morning dip into Lake Michigan as he plays with his dog Wednesday, Aug. 11, 2010 in Chicago. Kiichiro Sato/AP Photo

The effects of climate change are being felt in every corner of the globe, including nearly 500 feet below the surface of Lake Michigan.

A new study by scientists with the National Oceanic and Atmospheric Administration’s (NOAA) Great Lakes Environmental Research Laboratory found that water deep below the surface of Lake Michigan is warming in the winter. The research published in the journal Nature Communications provides new insight into the effect climate change is having on one of the world’s 10 largest freshwater lakes and its implications for seasonal changes in ice cover, weather and the food supply.

"These deep waters are warming, and, for one of Earth's largest lakes to see warming go this deep and be so substantial in the wintertime, that's important," said Eric Anderson, the study’s lead author and physical scientist with NOAA’s Great Lakes Environmental Research Lab. "That means that what's going on in the atmosphere is having big impacts on our surface freshwater." 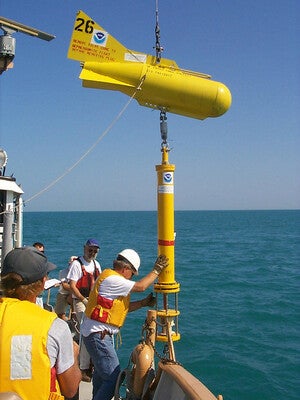 Anderson said there’s "no doubt" a connection exists between climate change and the lake’s response to rising air temperatures and other factors. Scientists have known that surface water temperatures on Lake Michigan have been warming during the summer months at a rate faster than the oceans are heating up. But, they didn’t have a complete picture of what was happening throughout the lake until now.

Scientists analyzed data from water temperature measurements that were taken almost hourly in 150 meters (492 feet) of water over the last 30 years. The study examined how seasonal mixing of warmer surface waters and colder waters at the bottom links temperature trends at the surface to changes deep below.

The findings showed that deep waters within the lake are warming at a rate of 0.06 degrees Celsius — or 0.11 degrees Fahrenheit — per decade.

"That doesn't sound like a lot, (but) the important point though is that this represents a lot of water below the surface," said Anderson. "So, to warm up that amount of water, (it) takes a lot of energy.”

The findings highlight how changes at the surface are being felt throughout the lake during the winter, which is getting shorter. And, with shorter winters, the lake is seeing less ice cover. The annual maximum ice cover on Lake Michigan is declining by about 3.6 percent per decade, according to the study.

"That ice cover is important for things like lake whitefish," said Anderson. "When they spawn and deposit their eggs in shallow nearshore areas, ice cover helps protect those eggs from rough wave conditions and storm surge that can disrupt them." 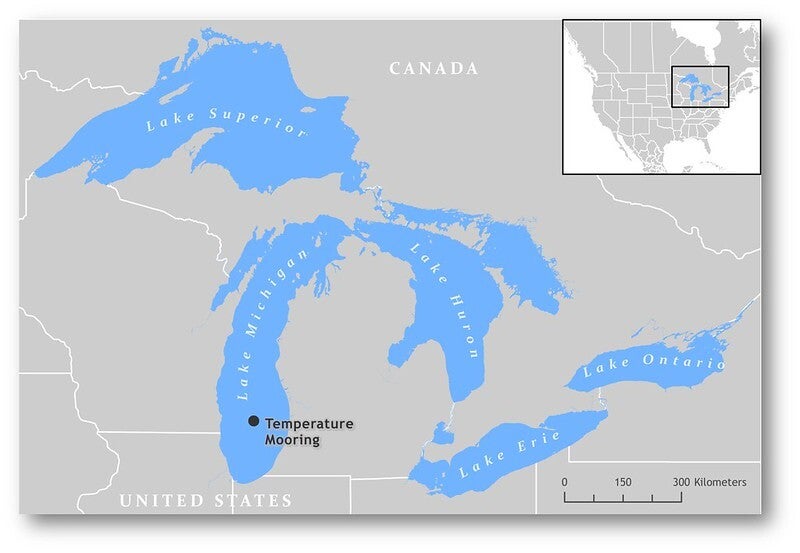 The findings hold significant implications for the Great Lakes' $7 billion commercial, recreational and tribal fisheries that support more than 75,000 jobs. The change in heat content and temperatures of the lakes can also have a huge impact on weather and regional climate, according to Drew Gronewold, one of the study’s co-authors and associate professor with the University of Michigan's School for Environment and Sustainability.

"Things like lake effect snow that are a function of wind and moisture moving across the surface of the lakes, those are all in the long term affected by not just what's at the surface, but how heat is exchanging below the surface, and then back and forth between the bottom and the surface," said Gronewold.

The study’s findings also have major implications for ongoing research regarding water levels. Gronewold said changes in lake levels are influenced by the balance between precipitation and evaporation over time.

"So, the change in the heat content and temperatures of the lakes is a big, big part of understanding first and foremost, evaporation," he said.

The study underscores the importance of long-term data collection in understanding lake systems and gaps in information that still exist. The findings illustrate the impacts that climate change can pose for the world’s 10 largest lakes that provide 84 percent of the Earth’s surface freshwater.

"That supports drinking water and economies and all kinds of things that live in the lake’s ecology, and what we've seen with this study is that those systems are changing," said Anderson. "We really don't have a lot of data on that change, and we need to increase that."