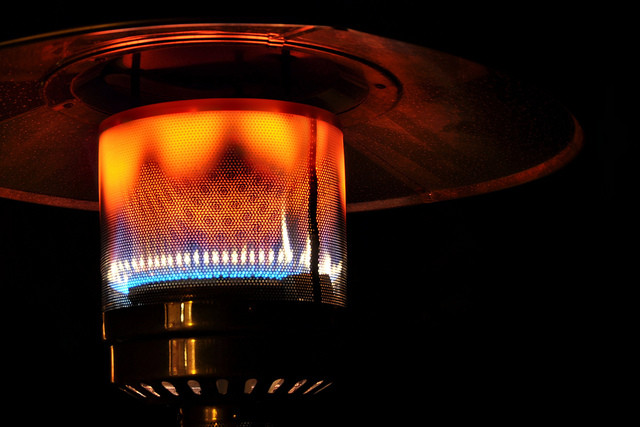 Propane heaters brought indoors during the winter month are a common cause of carbon monoxide poisoning. Photo: Tim Wilson (CC-BY-NC-SA).

Health officials are reminding people about the risk of carbon monoxide poisoning during the cold, winter months.

As the temperature drops, the risk of getting carbon monoxide poisoning grows. Officials also see a spike during power outages in the winter, since some people bring gasoline or propane heating sources inside without proper ventilation. Other people may get poisoned if they start their car in the garage without opening the door.

“Things such as headaches, weakness, dizziness or nausea are there,” said Deuster. “People think you’ll be confused or you’ll pass out. That’s only the awake stages. Earlier, you just don’t feel quite right or you have a little headache or you feel nauseated. It can be life-threatening.”

Chuck Warzecha, a deputy administrator with the Wisconsin Department of Health Services, said one way to avoid getting sick is to have furnaces and stoves inspected annually.

It’s unclear how many people have gotten carbon monoxide poisoning so far this year. On average, it lands 450 people in Wisconsin hospitals annually.