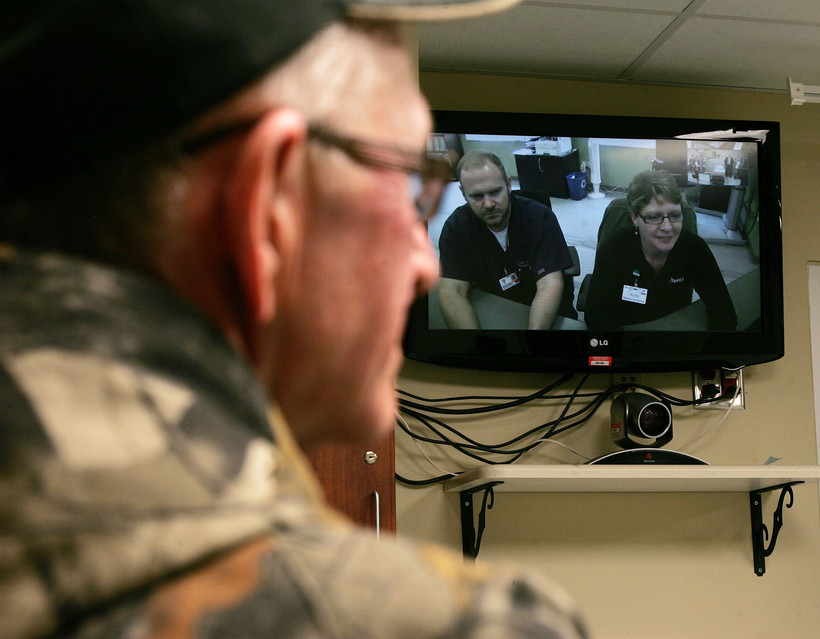 Need For Physicians Will Continue To Grow As Need For Care Grows 20 Percent By 2035
By John Davis
Share:

Medical centers in rural Wisconsin are working to meet the needs of underserved patients through technology — but that’s slow going and may not be the best replacement for human interaction in the future.

Telemedicine, which involves the treatment or diagnosis of a patient remotely using telecommunications like video conferencing, is seen as a tool that can help improve the health of Wisconsin’s underserved rural population and its use has expanded in recent years.

"(Telemedicine can) provide life-saving advice within minutes where it used to be hours," said Dr. Ashok Rai, president and CEO of Prevea Health which operates medical facilities in rural and urban areas in western and northeastern Wisconsin.

"For example, if you’re coming in with a stroke and there’s a decision if you should get a clot-busting drug to help, that decision can now be in under 15 minutes versus trying to get a neurologist to come out to a rural area or have that patient’s care delayed by having them transferred to another area without the care being given first," he said.

But Rai said telemedicine is not expanding as quickly as it could be in Wisconsin.

"Because it’s not a typical visit so the (federal) government and insurers at times don’t consider it a real visit or real health care, so they won’t pay for it," Rai explained. "So, then the investments are difficult for health systems to make, but still needed. I think we’re only starting to see the beginning of tele(medicine) in the state of Wisconsin."

Rai said there are also complications with reciprocity for doctors licensed only in Wisconsin who can’t use telemedicine on patients in neighboring states like Minnesota or Michigan.

While some see telemedicine as the the future of medical care in rural Wisconsin, the director of the Wisconsin Academy for Rural Medicine at the University of Wisconsin School of Medicine and Public Health said it won’t replace the need to bring more physicians to rural areas.

"Telemedicine is an important piece of the puzzle, but even more important is that physician or primary care person in the communities," said Dr. Joseph Holt.

"We all have heard stories and know of folks who didn’t seek the care they needed because they didn’t have a physician, or they didn’t have a relationship with a doc that they really trusted. Having doctors in these areas that patients can become comfortable with, that’s really the key piece," Holt said.

The program started in 2004 and as of May 2017, more than 120 medical students have graduated. Ninety percent have stayed in Wisconsin and about half are practicing medicine in rural areas.

"More than a third of our students that end up in rural areas end up within 20 miles of their hometown," Holt said.

"If you’re a rural community and you’re saying, 'Hey why aren’t we getting a doc?' If you give us a few students, one of them is going to come back. One doctor in a really severely shortaged area could provide care for 30 years. A lot of these small areas, their severe need is one or two docs," he said.