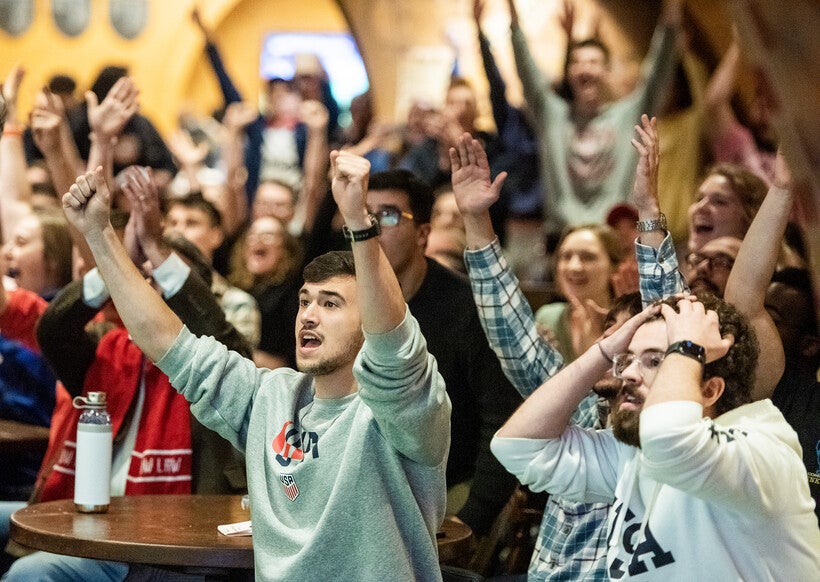 The U.S. men's national soccer team defeated Iran 1-0 Tuesday in a must-win FIFA World Cup match to advance to the second round.

Team USA's Christian Pulisic scored a goal in the first half to clinch the game. The victory means the U.S. qualifies for the knockout round, in which one winner emerges and the loser is eliminated from the tournament. 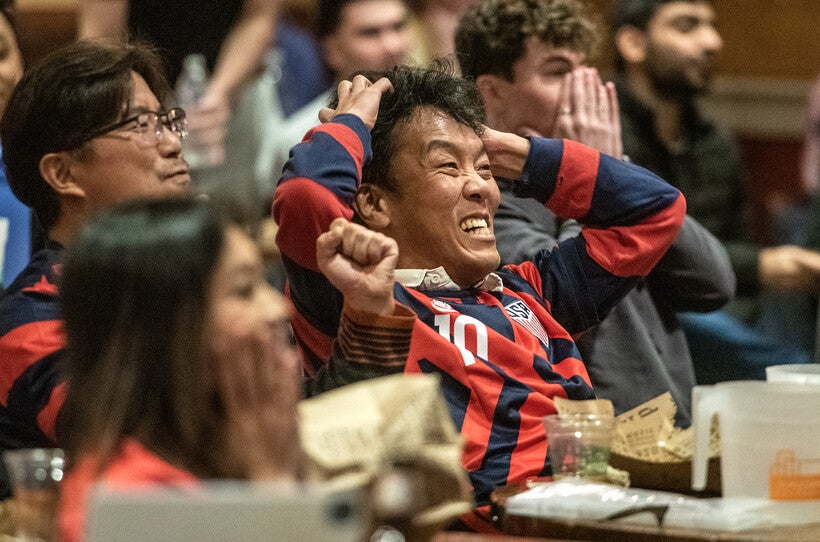 About 150 people gathered at the Memorial Union on the University of Wisconsin-Madison campus to watch the game. Eyes were glued to the projector screen.

"It's really relieving," said UW-Madison freshman Owen Weisse, adding that the game marked "the first time in eight years they've been in a World Cup."

"It feels so awesome to actually qualify out of the group stage," Weisse continued. His father gifted him a USA jersey during the school's Thanksgiving break.

Last week the team tied with England, which will also head to the next round after it triumphed over Wales in a 3-0 win Tuesday. 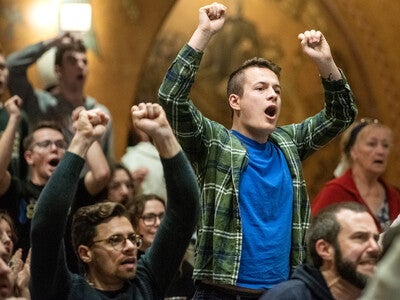 Fans cheer as it appears USA’s Tim Weah scored against Iran on Tuesday, Nov. 29, 2022, at the University of Wisconsin-Madison Memorial Union in Madison, Wis. Weah was determined to be offside. Angela Major/WPR

"It was exciting, you know, a great atmosphere in here," said UW-Madison sophomore Evan Schmid. Sporting a white Team USA sweatshirt, he said his cousin is an Olympian, and he wanted to show his support.

The soccer match marked the first time in over two decades the countries were competing against each other at the World Cup. The U.S. will play the Netherlands on Saturday.