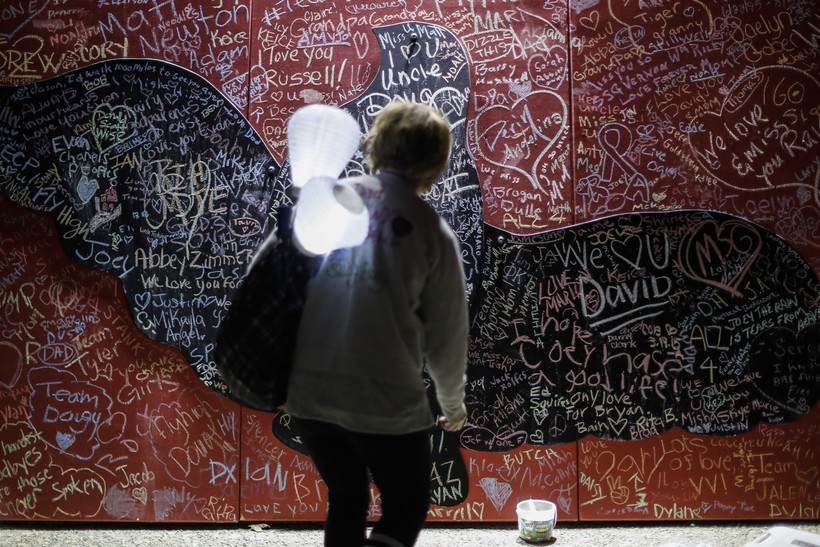 Jill Taylor, of Hamilton, Ohio, who lost her father Gary B. Shepherd taking his own life in 2011, steps up to a message board decorated with notes for loved ones during an Out of the Darkness Walk event organized by the Cincinnati Chapter of the American Foundation for Suicide Prevention in Sawyer Point park, Sunday, Oct. 15, 2017, in Cincinnati. AP Photo/John Minchillo

Program Would Be Housed At State Department Of Health Services
By The Associated Press
Share:

A task force that studied ways to prevent suicides in Wisconsin is recommending creating a statewide suicide prevention program with a director who would oversee the effort.

That is one of a series of recommendations made by the task force created by Assembly Speaker Robin Vos, R-Rochester, in March. The Associated Press obtained a copy of its report Tuesday ahead of a planned news conference Wednesday to release it.

Republicans have sparred with Democrats over how best to tackle the problem of suicide in Wisconsin. The Republican-controlled budget committee has deferred spending money on suicide prevention programs awaiting the task force's recommendations.

The newly proposed suicide-prevention program would be housed at the state Department of Health Services and would be charged with providing educational programs for the public, training and enhancing crisis services.