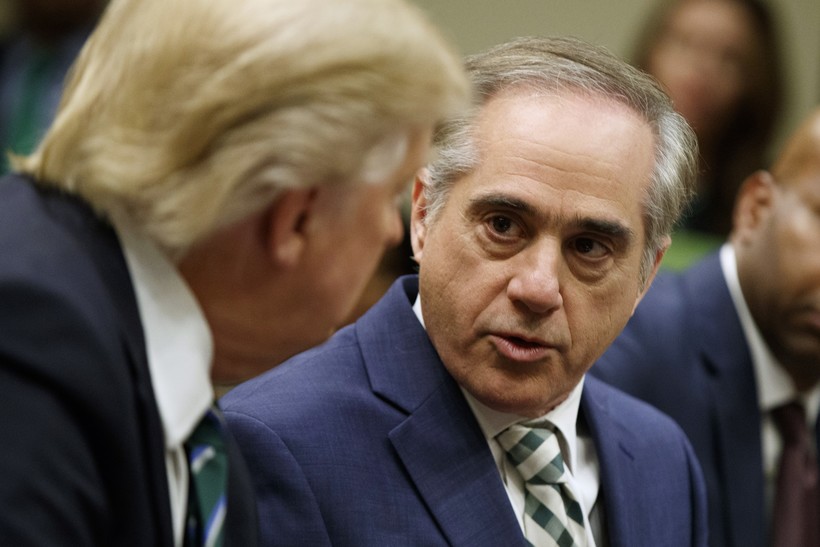 Tammy Baldwin Weighs In On Shake-Up At Veterans Affairs

President Donald Trump has fired Secretary of Veterans Affairs David Shulkin, adding to a laundry-list of dismissals from the Trump administration since he took office. After dismissing Shulkin on Wednesday, Trump announced White House Physician Ronny Jackson as his choice to replace him.

Democratic U.S. Sen. Tammy Baldwin is a member of the Senate’s subcommittee on Military Construction and Veterans Affairs and Related Agencies.

Speaking to reporters in Green Bay Thursday, Baldwin said veterans’ health care should not be "politicized."

The issue of the over-prescription of pain killers at the Tomah VA Medical Center has become a talking point in the race for U.S. Senate. RestorationPAC released a television ad endorsing Kevin Nicholson that accuses Baldwin of "disrespecting our veterans."

Baldwin defended her work with the Veterans of Foreign Wars and The American Legion to pass legislation that changes how the VA prescribes opioid medications, as well as how they provide resources and support to veterans dealing with chronic pain.

She praised Shulkin for his work on the matter, though she noted she had concerns regarding a trip he and his wife took to Europe last year, including a stop at the tennis tournament, Wimbledon.

"Certainly there were some very disturbing reports about his travels," Baldwin said Thursday. "I certainly want to respect the job he did in implementing this really critical legislation that helps all veterans."

Of Shulkin’s replacement, Baldwin said she looks forward to meeting him and learning more about his vision for the VA — one she said should center on providing the best care for the country's veterans.

"Our veterans have served us honorably and they deserve and have earned the best healthcare possible," said Baldwin.

In April of 2017, Trump signed a measure reauthorizing the Veterans Choice Program that allows former service members to get health care through private companies instead of traveling to a VA clinic.

It's a move Baldwin said she supported, adding that the system should be kept "strong and accountable." But she stopped short of endorsing further privatization. "We’ve had a lot of veterans call in complaining about scheduling appointments in the private sector that the VA reimburses for and uncertainty about emergency room reimbursements, whether they’ll be covered by the VA."

Baldwin said services like that are important, especially in rural states. "I do think those are things that need to be worked out, but I do think veterans should have choices."

The Republican front-runners facing Baldwin in the election for U.S. senate include Assistant Senate Majority Leader Leah Vukmir, R - Brookfield and Delafield businessman Kevin Nicholson, who recently finished a four-year term on the Veterans Affairs board.