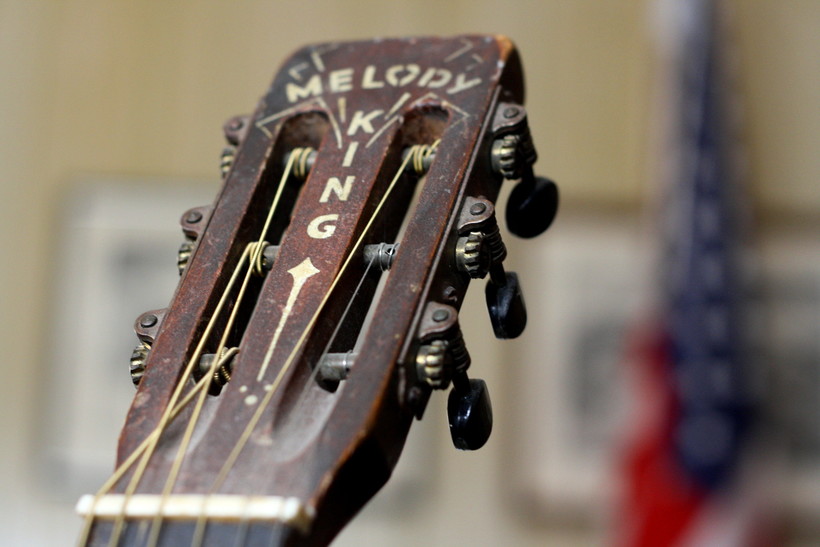 Take A Tour Of The Blues, The Source For So Much American Music

The blues are the rootstock of so much American music. From rock 'n' roll, soul and folk to country, R&B and jazz and beyond, it would be hard to spend a day anywhere in the United States and not hear blues or the music that was influenced by the blues.

Coming out of the rural southern U.S. in the late 1800s and early 1900s, the blues itself drew on a variety of sources, including the music brought over by enslaved people from Africa and the experience of slavery and racism by those same people and their ancestors.

For Black History Month this February, here’s a small sampling of some early acoustic blues tunes and styles that have been featured on WPR's "Simply Folk." While we’ve played a number of traditional or country blues artists and songs over the years, these few tunes are a drop in the ocean of a musical style that defies strict categorization. And if you want to learn more, I’d encourage you to check out this resource from PBS, based on Martin Scorsese’s seven-part documentary series, "The Blues."

One example of traditional, acoustic, or "country" blues comes from one of its earliest well-known artists, Robert Johnson. Legend has it that he sold his soul to the devil in order to play the guitar like he did, although some people think that history got it wrong and that the story really connects to Tommy Johnson (unrelated to Robert). Here’s Robert Johnson on the song, "Walking Blues."

Another early blues musician was Bessie Smith, also known as the "Empress of the Blues." She was so popular with her contemporaries and later generations that Janis Joplin helped pay for her tombstone at her grave more than 30 years after Smith’s death. Joplin, together with Juanita Green (who knew Smith when she was a child), put an epitaph to Smith on her tombstone that read, "The Greatest Blues Singer in the World Will Never Stop Singing." Here’s Smith singing, "Midnight Blues."

The country blues are sometimes also called the delta blues, and another musician who played this style was Mississippi John Hurt. Early in his life he worked as a sharecropper and played for dances. He was one of the blues artists who was "rediscovered" by popular music during the folk-revival of the 1960s. Here’s Hurt on his tune, "Lazy Blues."

Different styles of blues resulted from the music planting itself in different parts of the country. One example is the Piedmont blues style, from the eastern or southeastern regions of the U.S. With distinctive finger picking, Etta Baker was a great example of this style. Here she is with her signature instrumental, "One Dime Blues," on an album she recorded with Taj Mahal.

Another example of regional blues styles is Texas blues, with Lightnin’ Hopkins as one of the best-known Texas blues musicians. He played both electric and acoustic blues, although he tended toward electric later in his career. Here he is with is song, "Baby, Please Don’t Go."

Blues musicians today are carrying the tradition forward in a variety of styles with both an acoustic and electric sound. Austin, Texas blues musician Ruthie Foster has been nominated three times for a Grammy for best blues album , has won seven Blues Music Awards, three Austin Music Awards, a Living Blues Critics’ Award for female blues artist of the year, and the title of an "inspiring American artist" as a United States Artists 2018 Fellow. Here she is with her tune, "Harder Than The Fall."

And for all the musicians and music geeks reading this, here’s one final resource on the blues. I hope you enjoy it!