In a year of COVID-19, devastating economic declines and turmoil over racial justice, the Affordable Care Act didn’t start off as a major campaign issue in the presidential race.

But the death of liberal U.S. Supreme Court Justice Ruth Bader Ginsburg and the Republican push to replace her before the Nov. 3 election has refocused attention on a court case that could scrap the ACA at a time when millions of Americans have lost health insurance in the economic fallout from the coronavirus pandemic.

The Supreme Court has twice upheld the health care law, familiarly referred to as Obamacare. But now the composition of the court has changed. There's one less supporter of the ACA on the high court with Ginsburg gone. And President Donald Trump has nominated conservative Judge Amy Coney Barrett to replace her.

Suddenly Democrats, including Trump's challenger, former Vice President Joe Biden, have been shifting their focus to the court and the signature health care law they helped pass. 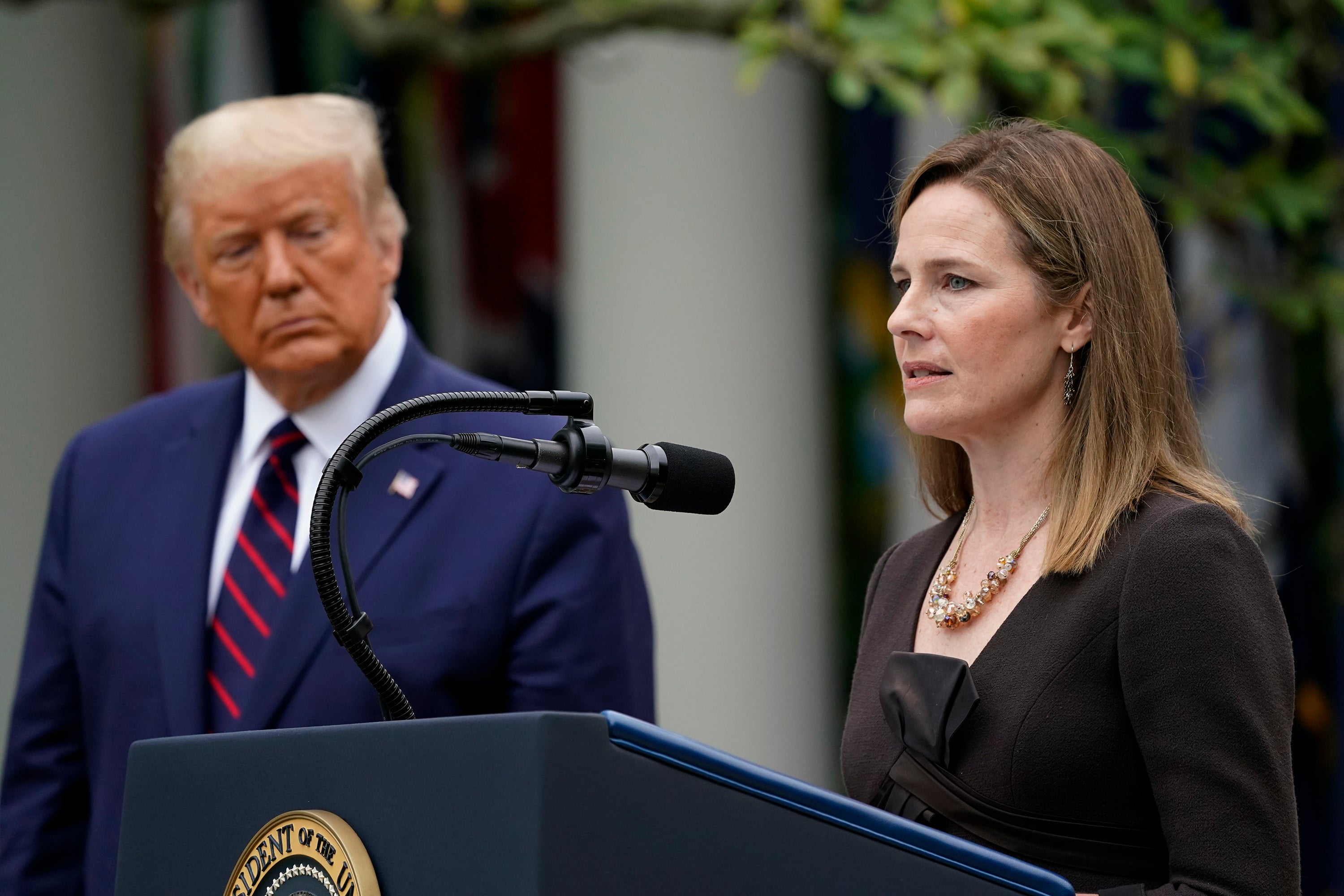 Judge Amy Coney Barrett speaks after President Donald Trump announced her as his nominee to the Supreme Court, at the White House, Saturday, Sept. 26, 2020, in Washington. Alex Brandon/AP Photo

The fate of the ACA will be decided by the U.S. Supreme Court in a case scheduled for arguments just one week after the election.

The Trump campaign has largely stuck with messages focused on job creation and law and order, but the president hasn’t forgotten the issue that helped propel him into office four years ago: a promise to repeal and replace Obamacare. Trump and Republicans in Congress have so far failed to achieve that goal. But as his administration prepared to file briefs against the ACA in the Supreme Court case this spring, he vowed to make it happen.

"We’re going to replace Obamacare with great health care at a lesser price and preexisting conditions will be included and you won’t have the individual mandate which was expensive and terrible and very unfair to everybody," he told White House reporters in May.

Lawyers for the Trump administration have called on the Supreme Court to repeal the entire ACA. They argue that because Congress eliminated the penalty for not having insurance, the law is no longer valid, and the whole thing has to go.

The health care fight is a familiar one, but circumstances are different than they were in 2016. Polling shows more people have warmed up to the law in the decade since it took effect. A survey on the ACA by the Kaiser Family Foundation finds that more than half of Americans now support it.

Part of the reason Obamacare initially struggled to gain public support is because people are generally happy with the insurance they have through their jobs. But those who are self- employed either have to go without insurance or buy their own.

For the last two years, Ron Wroblewski, 60, a self-employed mechanical engineer from Madison, has purchased a policy through the federal ACA marketplace. 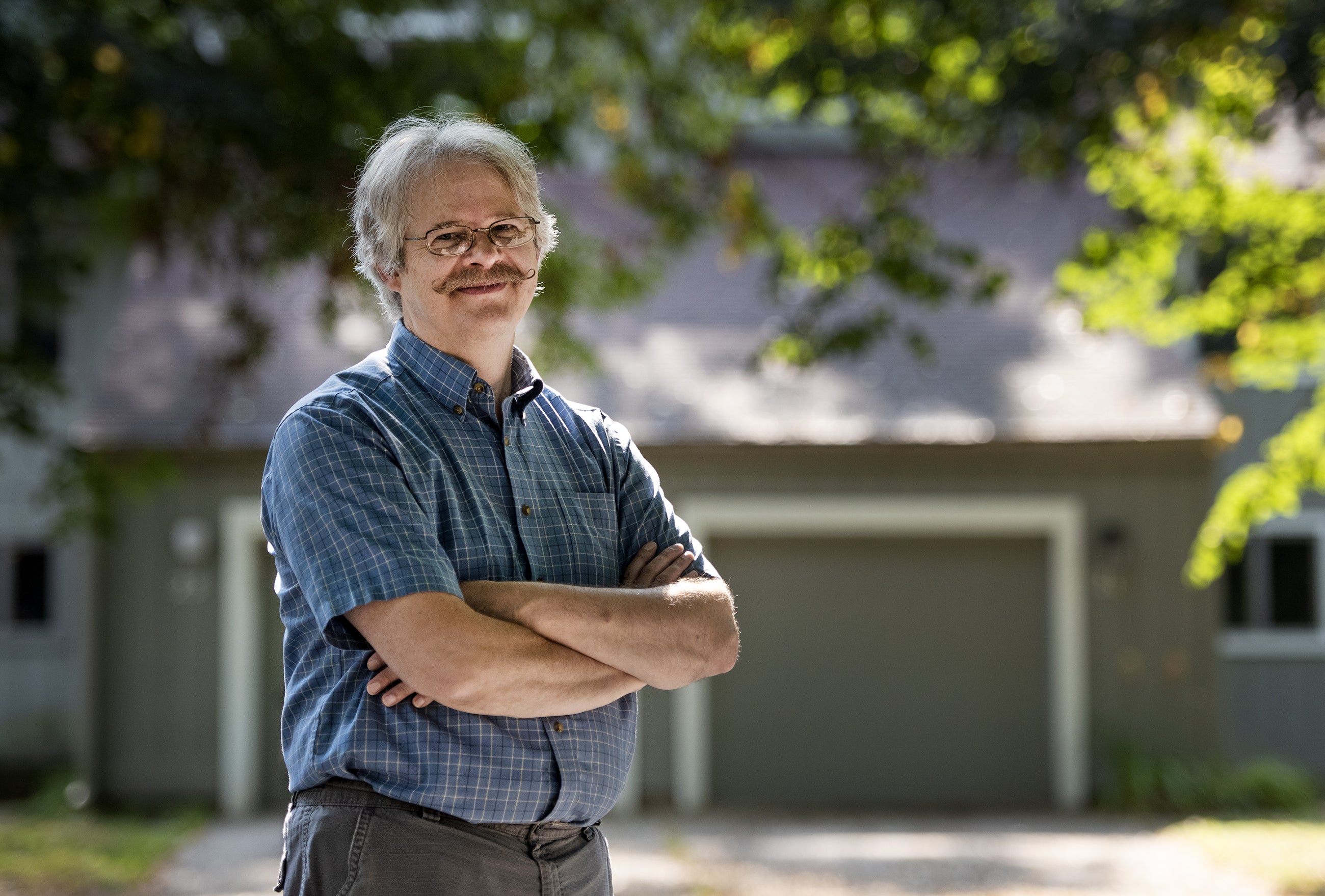 Ron Wroblewski stands in front of his home where he works Tuesday, Aug. 25, 2020, in Madison. Angela Major/WPR

Wrobleski is in good health — he’s trim and likes to hike, bike and ski when he’s not running his business. But two years ago, he was hospitalized for intestinal bleeding.

"I was lucky, and they were able to find the spot where I was bleeding and clamp it off and it was a successful intervention," he said.

If he hadn't had insurance, Wrobleski said he probably would have delayed going to the doctor.

"So it’s just absolutely mind-boggling to me that in the midst of (a pandemic) people are still talking about gutting the ACA and kicking more people off of their health insurance," he said.

Between the legal effort to dismantle Obamacare and the ongoing global health crisis, access to health care is cast in a different light this year — both for those like Wrobleski, who get their insurance through the ACA, and for people who rely on coverage from their jobs.

Hundreds of thousands of people have died from COVID-19 in the U.S. and millions have lost their jobs.

"It just provides a new lens for thinking about these things," said Karen Pollitz with the Kaiser Family Foundation, which has analyzed how many newly unemployed workers might suddenly be struggling to pay for medical care. "So insurance covering preventive services including vaccines — very popular when you think about insurance covering a coronavirus vaccine. That just makes it real for people in a different way."

Beyond that, there are other elements of the ACA that affect nearly everyone. In addition to protection for those with pre-existing conditions, the law lets children stay on their parents' insurance until they turn 26 and got rid of the doughnut hole in Medicare prescription drug coverage. It also eliminated annual and lifetime limits on health coverage.

"And if all that were overturned, people would notice," Pollitz said. 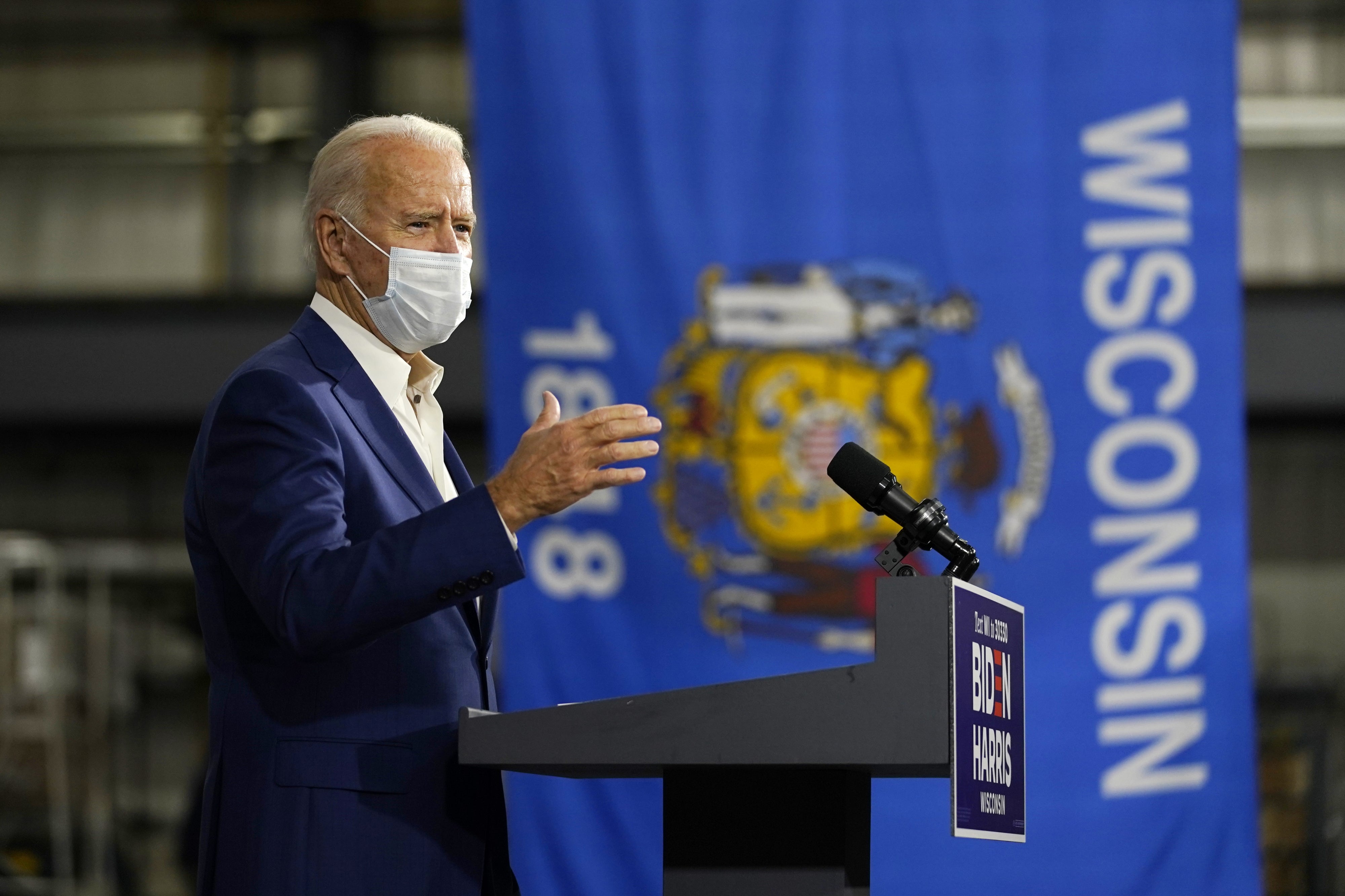 Biden, who has run on expanding the ACA, has also raised the concern that complications from COVID-19 could become a new pre-existing condition, making some people uninsurable if Obamacare is struck down.

"Some survivors will experience lasting impacts like lung scarring and heart damage, and if Donald Trump prevails in court, insurers would again be allowed to strip away coverage, jack up premiums simply because of the battle they survived in fighting coronavirus," Biden said during a June campaign stop in Pennsylvania broadcast on C-SPAN.

In late September, Trump signed an executive order guaranteeing protections for people with preexisting conditions, even if the Supreme Court fells the ACA, but many experts say the move is largely symbolic and would do little to actually offer such protections.

As the campaign enters its final stretch, Trump and Biden are still talking largely about other topics, from one another's temperament, to policing, to the economy. But the pandemic, along with Ginsburg's death and the battle over filling her seat, have once again put a focus on the Affordable Care Act, a law that has divided the country for more than a decade.