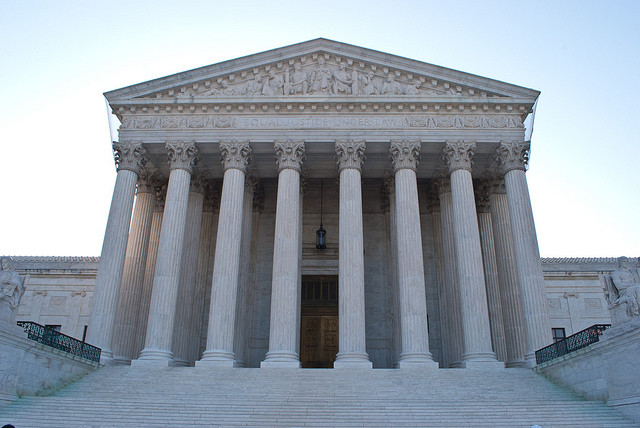 Voters Will Not Need To Show Proof Of Identification At Polls, At Least For November Midterm Election
By Erik Lorenzsonn
Share:

The U.S. Supreme Court temporarily blocked Wisconsin's voter ID law on Thursday night, meaning that Wisconsin voters will not be required to bring any forms of identification to the polls on Nov. 4.

The court granted the request by the American Civil Liberties Union, the Advancement Project and other groups in a 6-3 vote, restoring an injunction that had been placed on the law by a federal district court.

Justices Antonin Scalia, Clarence Thomas and Samuel Alito dissented. In the second half of the one-page order, Alito wrote a dissenting opinion in which he acknowledged that the law had been reinstated very close to the November election, and that it was “particularly troubling that absentee ballots have been sent out without any notation that proof of identification must be submitted.”

He nevertheless argued that it was not within the court's rights to vacate a stay unless a lower court had demonstrably erred in its decision.

The majority didn't write an opinion to elucidate its decision in the terse order.

Plaintiffs who had requested the Supreme Court order had argued that the law had been reinstated on a date too close to the midterm election, throwing county clerks and election officials into a state of confusion. The state Justice Department, however, had said that reversing the reinstatement would make things even worse, and would "ping-pong" elections workers between having to enforce the law and not having to do so.

Dale Ho, the director of the ACLU's Voting Rights Project, said in a statement released after the ruling that the order “puts the brakes on the last-minute disruption and voter chaos created by this law going into effect so close to the election. It will help safeguard the vote for thousands of Wisconsinites as this case makes its way through the courts.”

Attorney General J.B. Van Hollen also commented on the ruling, saying: “I believe the voter ID law is constitutional, and nothing in the Court's order suggests otherwise. Instead, the Court may have been concerned that even with the extraordinary efforts of the clerks, absentee ballots that were distributed before the 7th Circuit declared the law valid might not be counted.”

Van Hollen added that he and the Justice Department will be “exploring alternatives” to get the law reinstated once more by Election Day.

While the implementation of the law has been put on hold, the lawsuit that challenged its consitutionality in the first place remains in federal appeals court. The U.S. 7th Circuit Court of Appeals ruled earlier this week that the law is constitutional. Plaintiffs in that case have filed an appeal in which they've asked the entire court, and not just a three-judge panel, to reconsider that ruling. The ACLU has also asked the Supreme Court to stay the 7th Circuit's ruling.